Having had a successful (health-wise) trip out with my camera three days earlier, I found myself tempted to visit Heather Lake to see what the dragonfly situation was there. This would involve less walking than my previous trip out, but did not give the option to sit down if I felt the need to take a rest. The morning did not disappoint!

There were still a few damselflies around, but only Common Blues were noted.

I did not pay much attention to the damselflies as my interest was drawn more to the several dragonflies that were visible. I did, however, take some shots of a lone duck on the lake, not being sure whether it was a Tufted Duck or a (somewhat rarer) Scaup. My photo and description even had the local experts scratching their heads for a while before coming to the conclusion that it was just a 'Tufty'.

I spent a rather long time trying to photograph Migrant Hawkers. Photographing dragonflies in flight can be a rather strenuous exercise, particularly on the chest and arm muscles, and I did not feel up to it on this occasion, so I waited for them to settle before moving in. Only males were seen on this occasion. I'm not sure what the hawker in the 2nd image, below, is doing but it was busy whirring its wings whilst settled - perhaps trying to generate some warmth? 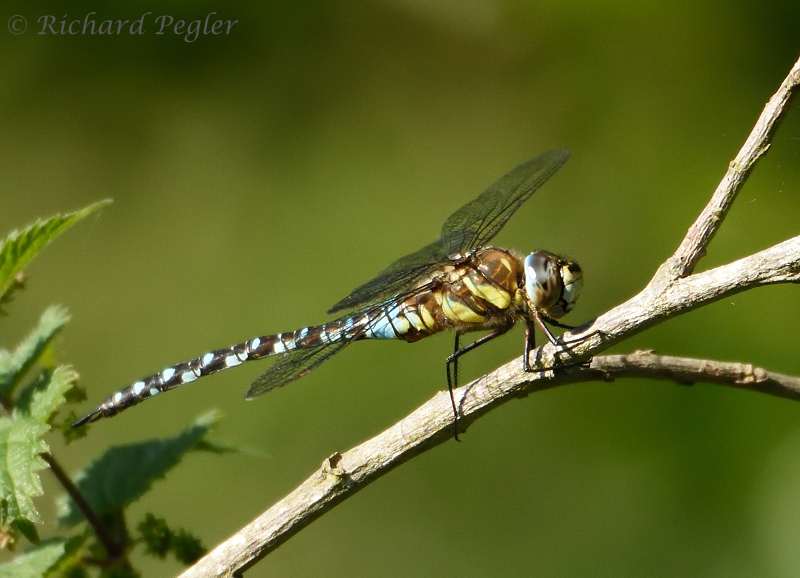 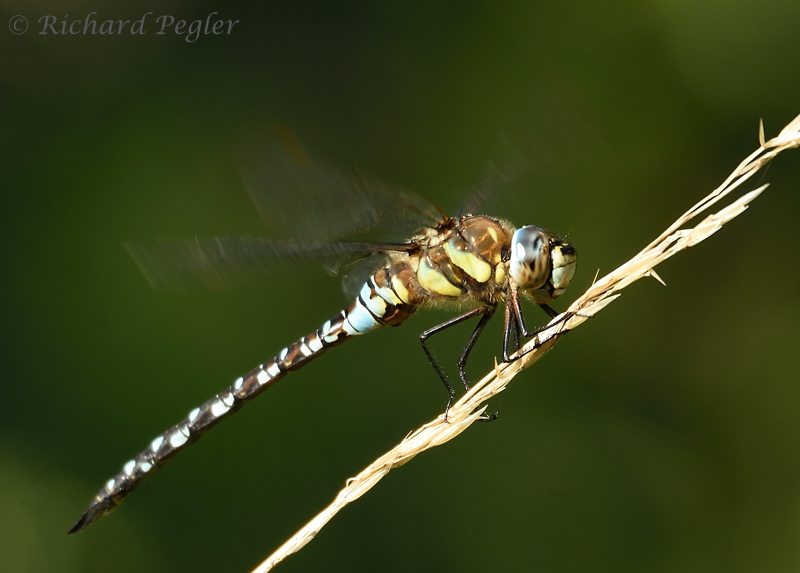 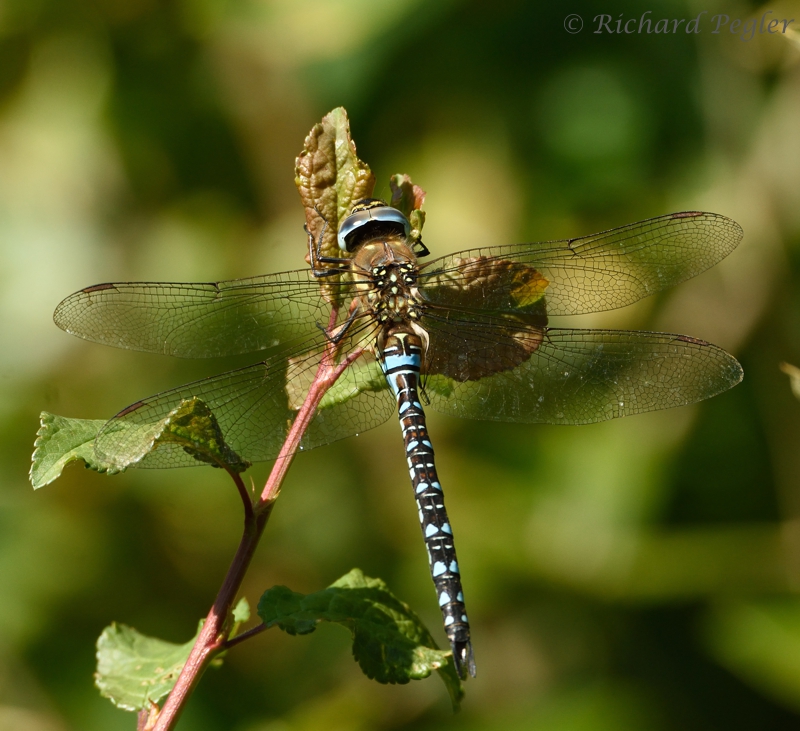 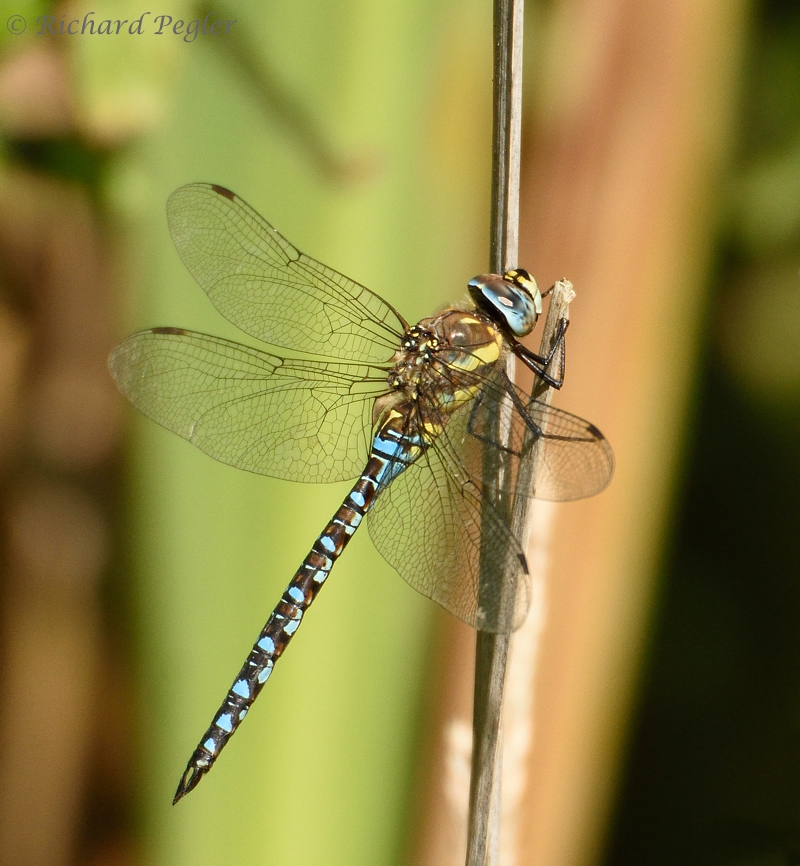 There were plenty of Common Darters around, and several were busy ovipositing in tandem. For the ovipositing ones I did try some 'flight shots' as it is somewhat easier to wave a camera around when it is pointing in a generally downward direction. 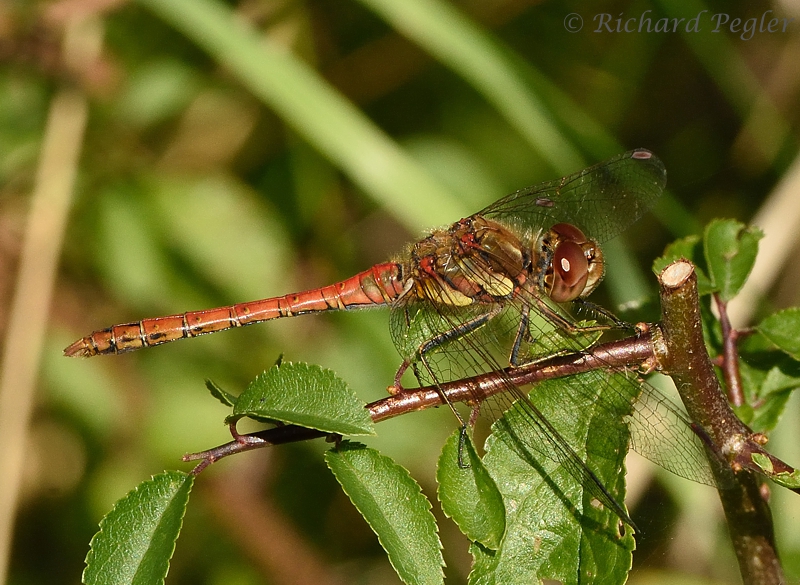 I've often heard it said that Brown Hawker are extremely difficult to photograph, with their unpredictable flight, and their reluctance to settle. I can, to some extent, understand this view, particularly in respect of their unpredictable flight. However, I have, with patience, managed the occasional shot of a settled Brown Hawker, although catching females ovipositing is more frequent. I was, therefore, somewhat delighted to photograph at least three Brown Hawkers (all male) on this day. It might have been more, but you can clearly detect three different specimens by looking at wing damage (last two images are probably of the same individual). 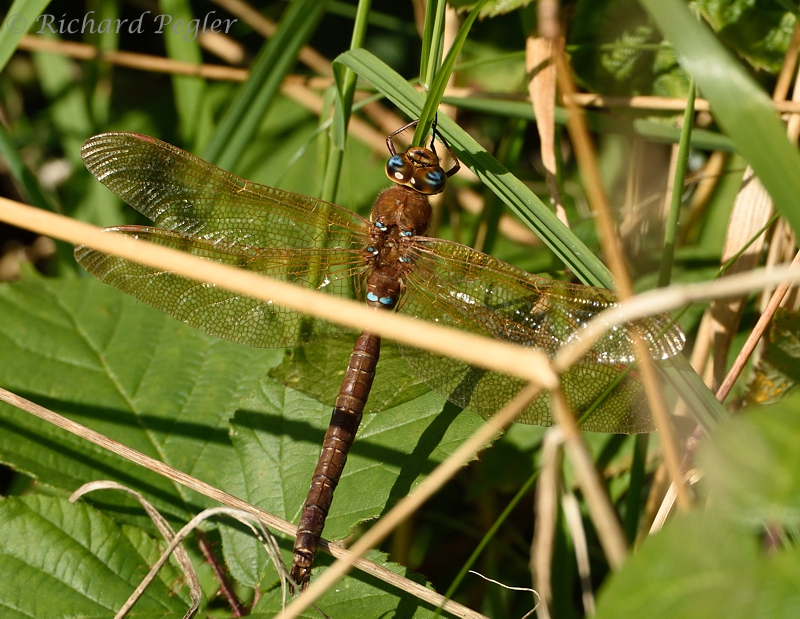 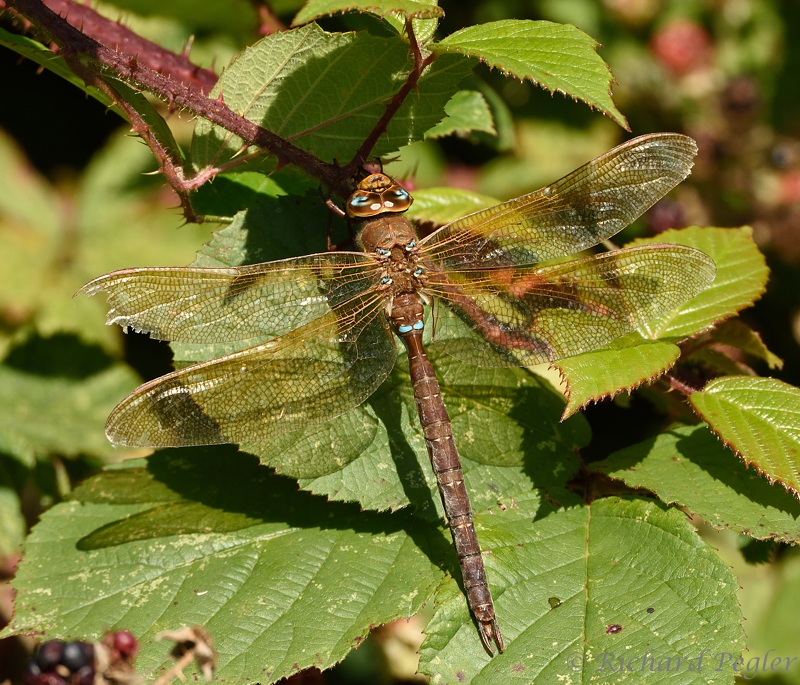 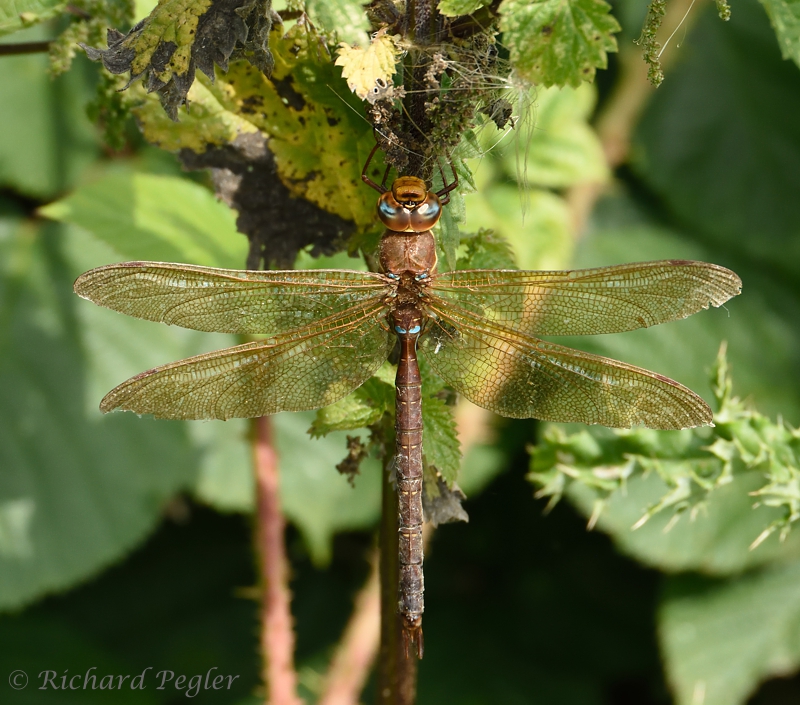 For a short while, I was distracted by the juvenile Little Grebes on the lake.

My greatest delight was, however, seeing Spotted Flycatcher. I'm not a 'lister', but I can't remember seeing one of these before in the county, and I certainly hadn't photographed one in the county. I believed, at the time, that there were probably two, although I didn't see them together at any one time. Having looked at the two images below, however, my suspicions are strengthened! 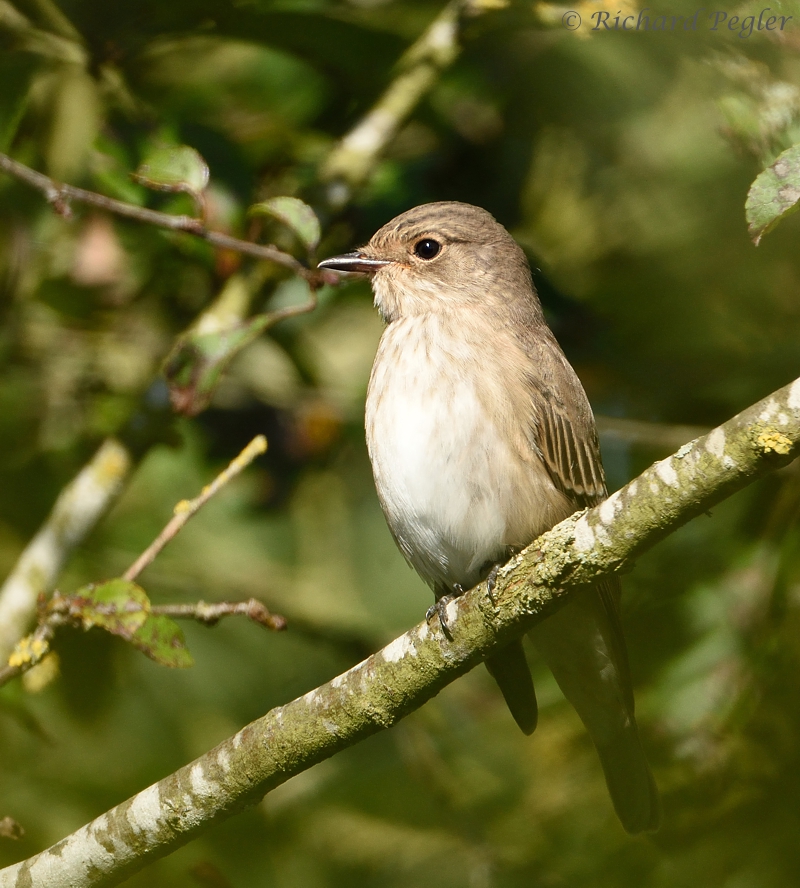 I'd now been on my feet for two and a half hours with a heavy camera and been contorting myself into awkward poses in order to take photos. I was starting to feel I'd overdone it and so headed back towards my car, it not helping that I put a foot into an unseen hole under the grass as I did so and twisted my back as I stumbled! It took a couple of days to recover, but I'm delighted that I made the visit.

Thank you for dropping by. I suspect that my next blog post will largely feature the dragons, once more, but I feel that an owl is in the offing!