It's not too often that my sightings of owls goes into double figures in a day. In fact, I think my last '10 owl day' had been in July 2015 when Canadian friends, David and Miriam, were with me, and since then things had gone downhill somewhat.

On Thursday 11th February, I was all set for an afternoon out with John. It was my turn to drive, and on the way to pick up John I called at my 'old faithful' site, No.02. Sure enough, there was a Little Owl on the chimney stack.  I didn't bother with any photos, but I now wish I had.

Having picked up John, we headed out on our 'standard owling route'. Our first sighting was at LO Site No.44 where we'd not seen a bird since 5th November. This was good news! The bird was into the light, but a record shot had to be taken.

Our next sighting was at our usual lunch stop. Here sightings, only of single birds, had been somewhat sporadic of late. We were, therefore, delighted to find a pair of birds sitting side-by-side in the nest opening!

No owls were seen at the other sites local to Site No.34, so we moved on to Site No.42. Here an owl was in the nest tree, near to the nest opening, rather than showing on the barn that it usually frequents.

At this point we decided to head back towards home, with the goal of a visit to Longmoor Lake to try and hook up with the Hen Harrier that is there. We re-traced our steps, picking up additional Little Owls at my Sites Nos.51 and 23. I'm regretting the lack of photos there too!

I was feeling quite pleased at having seen 7 owls already that day, as it has been a while since I'd achieved that number. Whilst the Hen Harrier didn't perform for us at Longmoor Lake, the Barn Owls did! Both of them emerged at around 14h00. They didn't come very close, but I did manage some images. 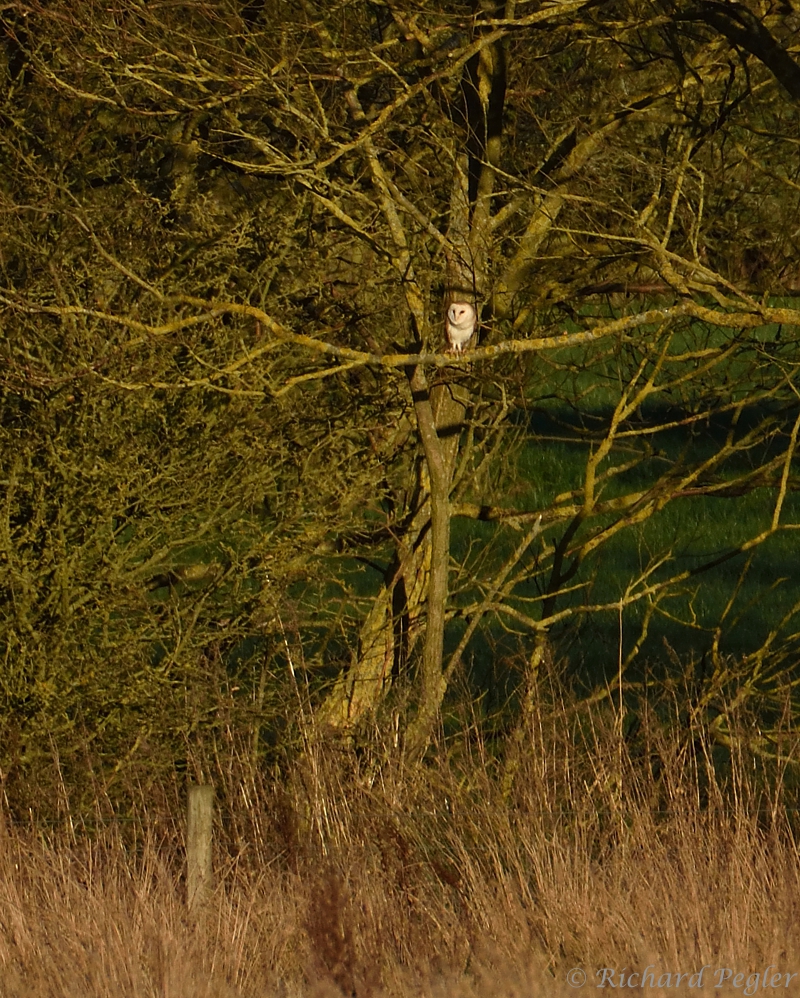 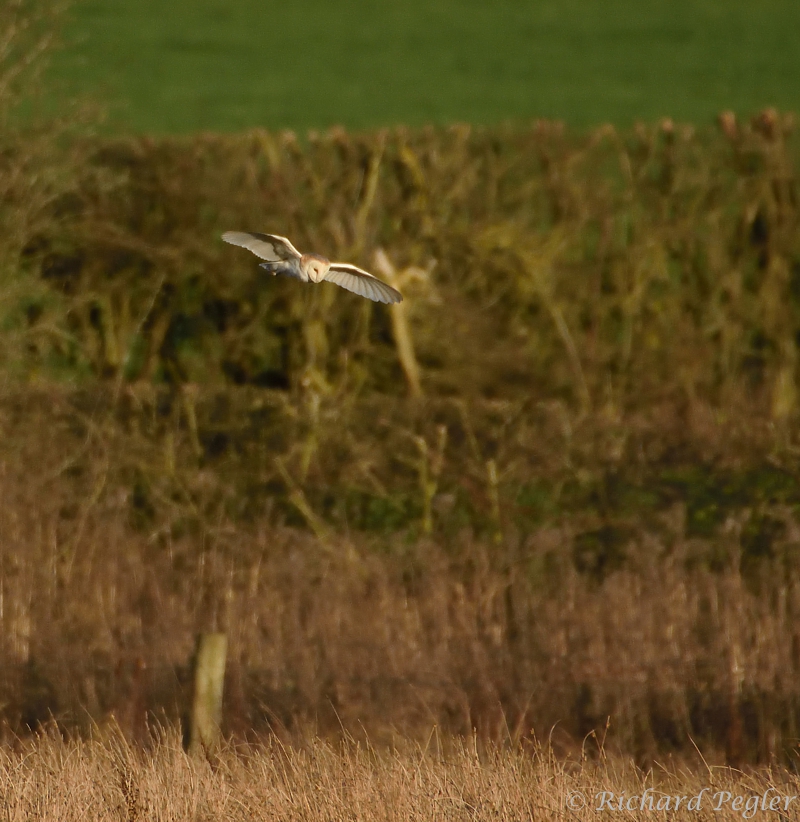 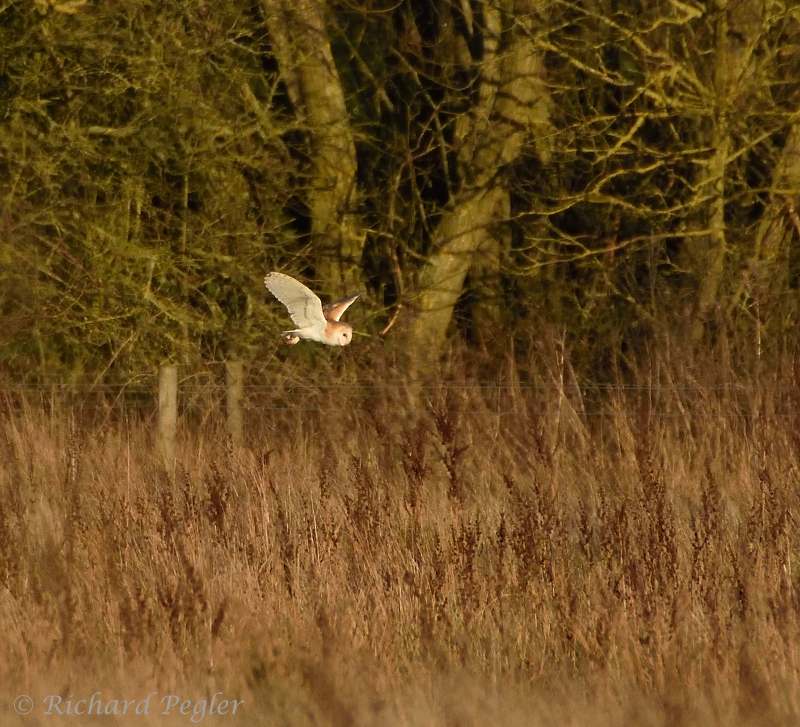 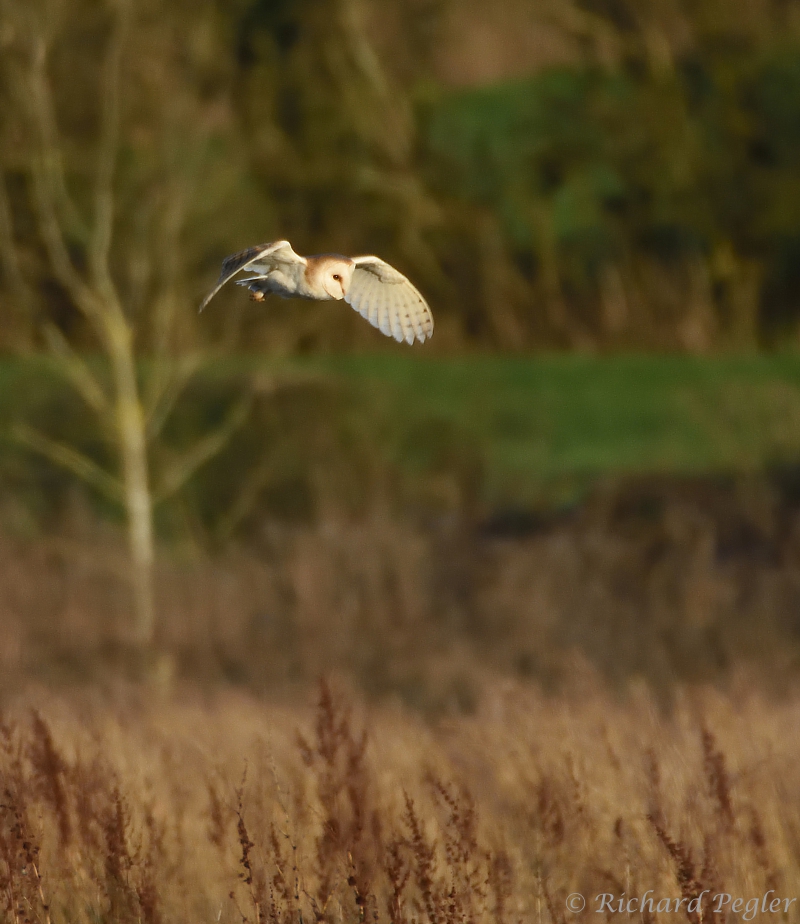 As the owls disappeared to another area, a plan started to emerge. I'd now seen 9 owls of  2 different species. To the best of my remembrance I'd only had a 'three species day' once before, and that was in Scotland in 2014 (Short-eared, Long-eared, and Tawny - all in one evening), although I did have a 'four species day' in Leicestershire on 30th January, 2010. Could I push it to 10 owls of 3 species this day? I decided to abandon hope of seeing the Hen Harrier, made my apologies to John, and set off to my Short-eared Owl site.

I arrived on site to see the back end of the owl disappearing into the distance. I waited, in the hope of getting a photo, and it was starting to get dark before the owl appeared again and immediately settled on a post at the opposite side of the plantation from my position.

I waited for another 20 minutes and it didn't move. By now it was getting quite dark, and I set off along the road until I got to a position only around 60 metres from the owl. I had some difficulty in the low light finding it in my viewfinder, but I could see from my images that it'd found me!

Thus ended a very satisfying day, even if the photography left a lot to be desired!

Incidentally that 'four species day' in January 2010 was before I kept records but, from memory it was Short-eared Owl (1) and Long-eared Owl (3) at Rutland Water, followed by Short-eared Owl (3?), Barn Owl (2?), and Little Owl (1) at Cossington Meadows - so possibly a 10 owl day then too.

I'm not sure when my next post will be, or what the subject matter will be.

Thank you for dropping by.
Posted by Richard Pegler at 15:21 26 comments:

In 2014 we had our record year for the number of bird species in our garden with 38 species putting a foot down (fly-overs don't count!). We hit exactly the same figure in 2015, although the mix was slightly different. Fieldfare, Redwing and Whitethroat from 2014 were replaced by Grey Heron, Mistle Thrush and Pied Wagtail in 2015. I was sad to have missed out on Fieldfare and Redwing for the whole year, but the Heron was a bit of a surprise as it must be four or five years since we've had a pond in the garden!

2016  has got off to a reasonable start, although the very mild winter has meant fewer birds visiting us in desperation  - an altogether 'good thing' really!

I originally intended to do a post on my garden birds in winter. However, on 17th January we had a fall of snow, although not nearly as much as they had just 10 km away! This change in weather brought plenty of birds to our garden, so this post will totally focus on that day, although not all species seen were photographed. It was a dull day, so photography was not good, although it would have been far worse without the new camera! Some of the images, below, are shown 'just for the record'. With the exception of the last image, they were all taken through the glass of my study window, and in the morning.

It seems that not too many people in this area get Redpoll to their garden feeders. We've been having them every winter for some years now, and if we get a day we don't see one, it's usually because we haven't been looking! 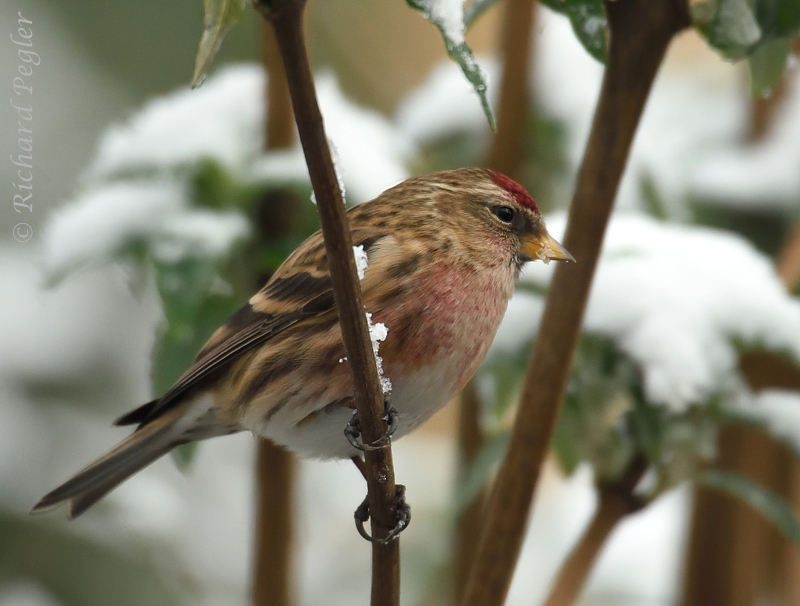 Chaffinch is a regular all-year-round visitor, although numbers build up in the winter. Sometimes they bring a Brambling or two in with them, but it hasn't happened so far this winter.

At one time, many years ago, Greenfinch used to be the most common bird in our garden - then they all but disappeared. Now, I'm delighted to say, their numbers are building up again.

Bullfinch is an occasional visitor, although we've been getting more sightings than usual over the past six months.

The real star sighting of the day was a Grey Wagtail that stayed around all morning. We used to get Grey Wagtail when we had a pond. For some reason, we've started seeing them again occasionally. It makes me wonder if there's some genetic imprint there that brings back subsequent generations? 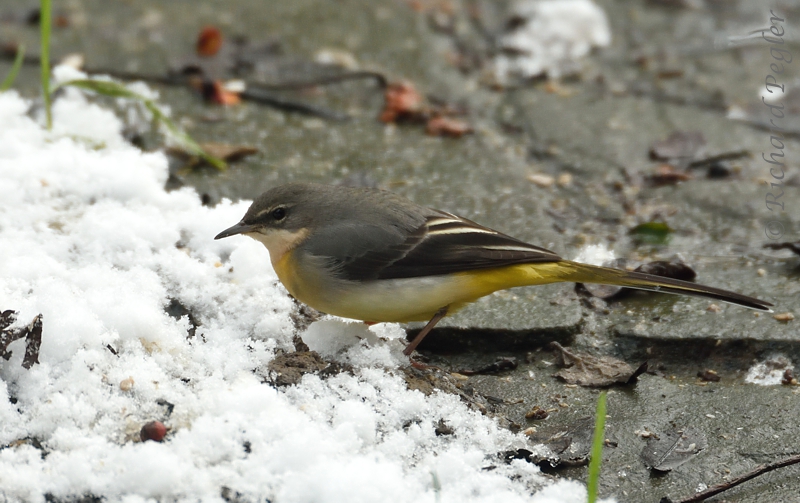 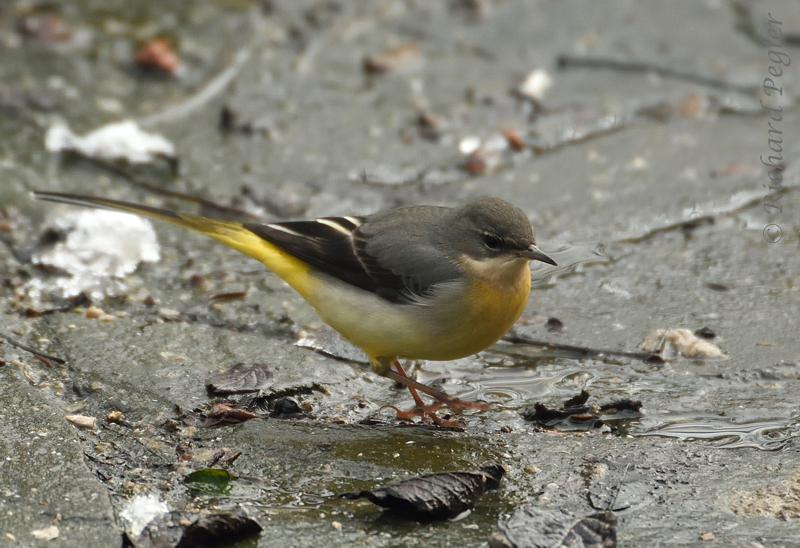 Long-tailed Tit are an occasional visitor, and usually come in a small group. On this morning we had nine of them. Here's one:

We see a Wren on most days in the winter, but relatively rarely in the summer. To me they're delightful little birds and always bring a smile to my face.

The ever-present Goldfinches add a splash of colour to the garden. They are particularly feisty, and will aggressively discourage other considerably larger birds that try and compete with them for the sunflower hearts.

As we'd been doing quite well for birds, I took my camera with me when we went into the conservatory for lunch. I'm glad that I did so as we had a rare visit from a Reed Bunting, at 13h10. It was, however, at a distance.

We ended up with 21 species for the day (our best daily total so far this year) as follows (alphabetical list with maximum numbers in brackets):-

Finally, if you've not seen this video, please watch it. My thanks to Linda Yarrow for bringing it to my attention:

Thank you for dropping by. I suspect that my next post will feature owls again - but who knows!!