Having been quoted just over £2,500 by a conservatory company to replace the wood and corrugated plastic roof over our front entrance lobby with a conservatory-style roof, and parts (£700) plus £1,000 labour by a roofer for a similar job, I decided to have a go at it myself to try and save a bit. I now know why the roofer wanted a grand for labour as, two weeks down the line I still have not finished! It wasn't helped by the materials supplier delivering half the major components to the wrong spec, and then taking 9 days to replace them with the right ones. The bad weather for several days didn't help either. Anyway, I've still got a fair bit to do to it, and I haven't been out birding for over two weeks - just popped down to my local patch a couple of times to check on my owls. These are some images from a couple of days before I got stuck into the roofing - I thought I'd post something before I forget how to!!!!

On 1st September I went to my local patch. No owls seen at Little Owl site No.12, and no photos of Little Owl at Site No.2. However, this female Southern Hawker was by the farm entrance. 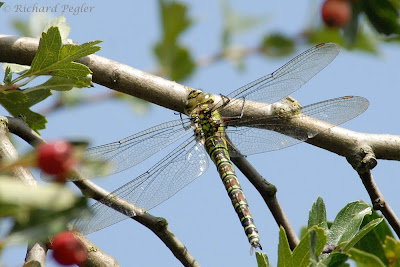 Over in the fields a Buzzard flew by very noisily, and later I stopped to shoot a Peacock (butterfly, that is!) 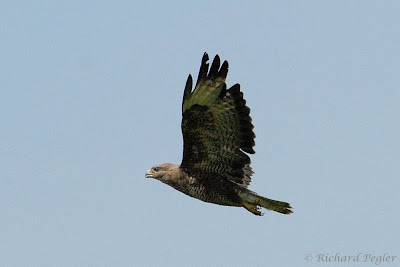 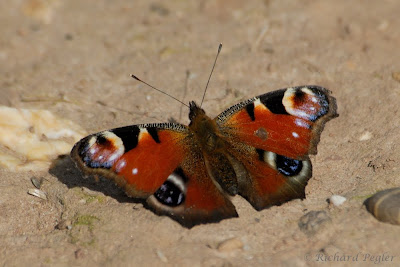 The next day I popped over to my latest Little Owl site, near Coleorton. I didn't see the LO, but I was rather surprised to see a Red Kite. These are not commonly seen in this area. 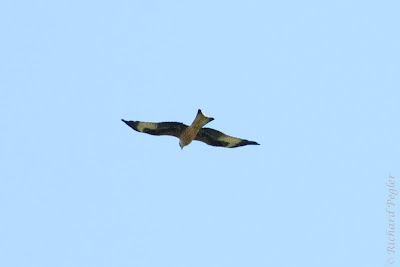 I then set off for Sheepy Magna to take another look at the farm where the farmer had recently seen a Little Owl. I still didn't manage to locate an owl, but as I approached the farm, a Buzzard flew out of a tree beside the approach road and landed in a tree the far side of the field. I stopped the car to have a look, and grabbed a few distant shots (straight into the sun), when it was suddenly joined by another bird from a tree behind - you can just see it on the left of the second image 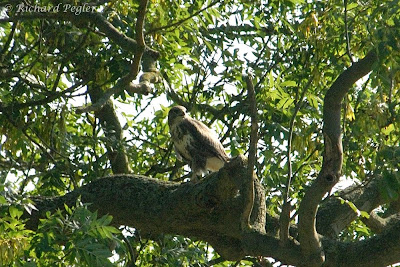 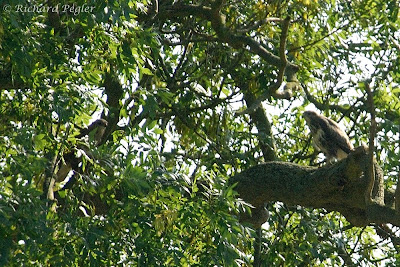 Having spent a couple of fruitless hours searching the farm for LO, I decided that it was time to give up. As I went down the approach road I put up a flock of about twenty birds - I never got a proper look but I'm 80% sure that they were Redwing - the first I've seen this side of summer. However, in with them were a couple of GS Woodpecker, and they did hang around after the Redwing(?) departed. 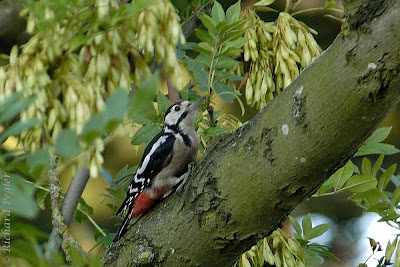 Whilst trying to find the Redwing(?) I noticed a couple more Buzzards sitting on posts in another field. These were far too distant to photograph on the posts, but one did pass me a little closer a bit later. 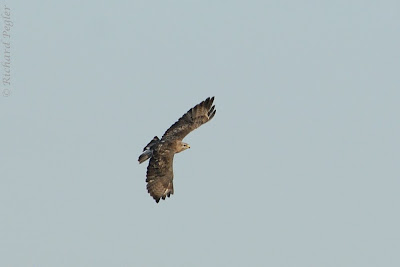 Whilst out on 7th September, checking on LO site No.2, I saw this fly on a stile. There were plenty of the usual orange horse flies on cow pats in the field, but I got the impression that this was a different species of Horse Fly. 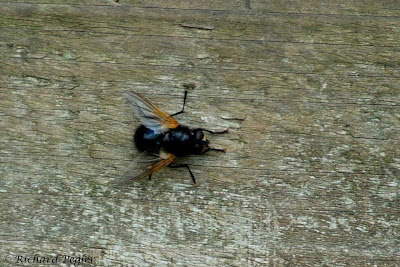 Tomorrow it's back to the roofing, but hopefully it won't be too long before I'm out birding again.
Posted by Richard Pegler at 19:51 2 comments: