Back With The Kingfishers - Autumn, 2017

On 30th October, I visited the same Kingfisher location because it can be good for other interesting birds and unexpectedly found a Kingfisher in attendance. I couldn't resist a few more photos of Kingfisher as it was a reasonably bright day. Here are a few from that session. 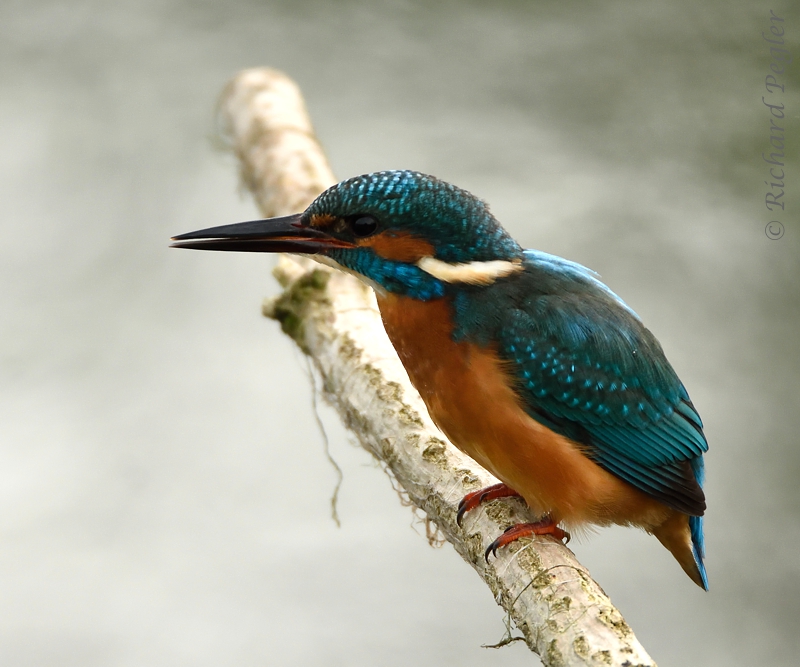 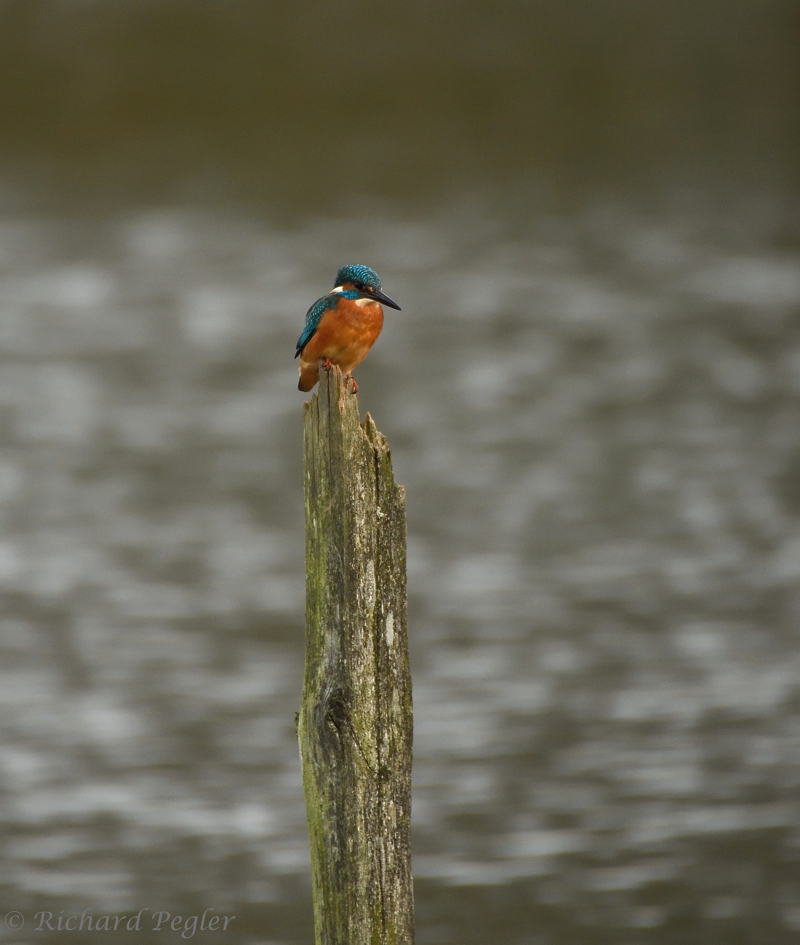 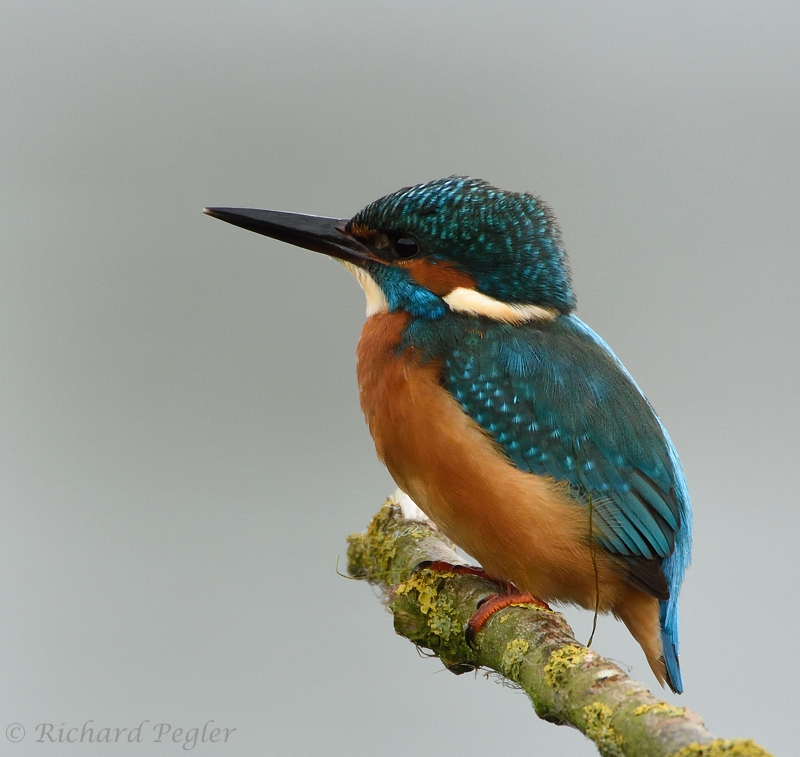 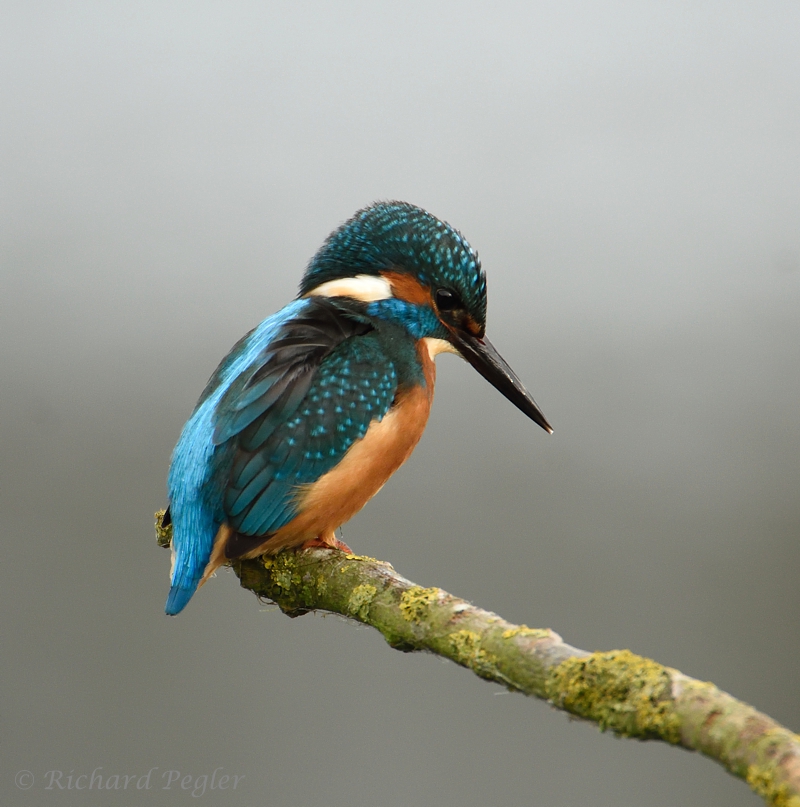 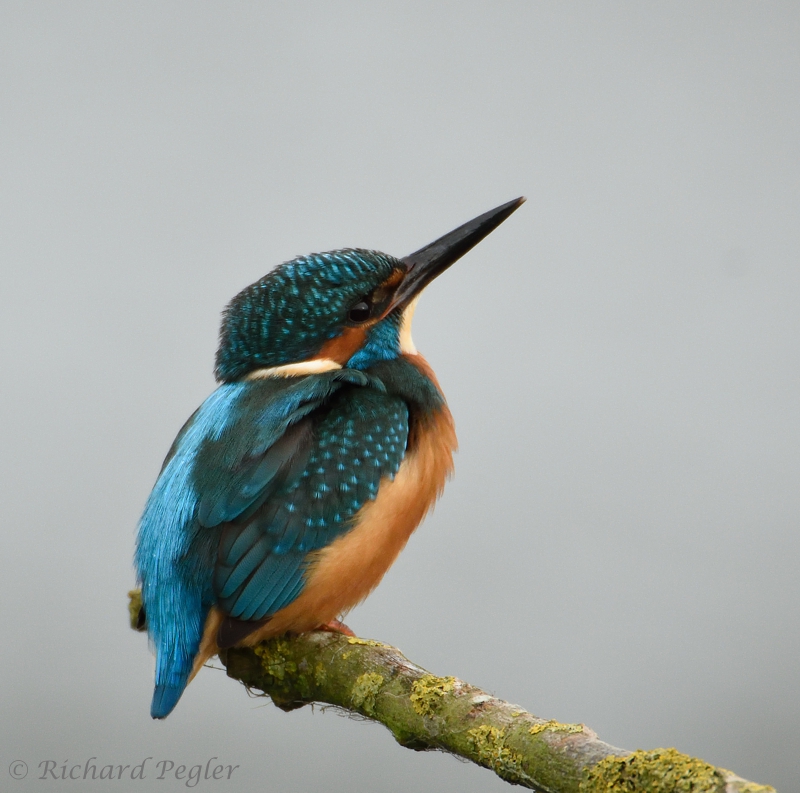 The main interest here during that session was, however, the Water Rail. Unfortunately, although this showed for a while, it remained well-tucked into the phragmites and I only managed a record shot which confirmed the bird by its bill and a small section of its back.

On 2nd November I returned in the hope of seeing the Water Rail, but it didn't show. It was a dull day and the Kingfisher showed again, so I took some more photos although the lack of light made photography difficult for most of the time. 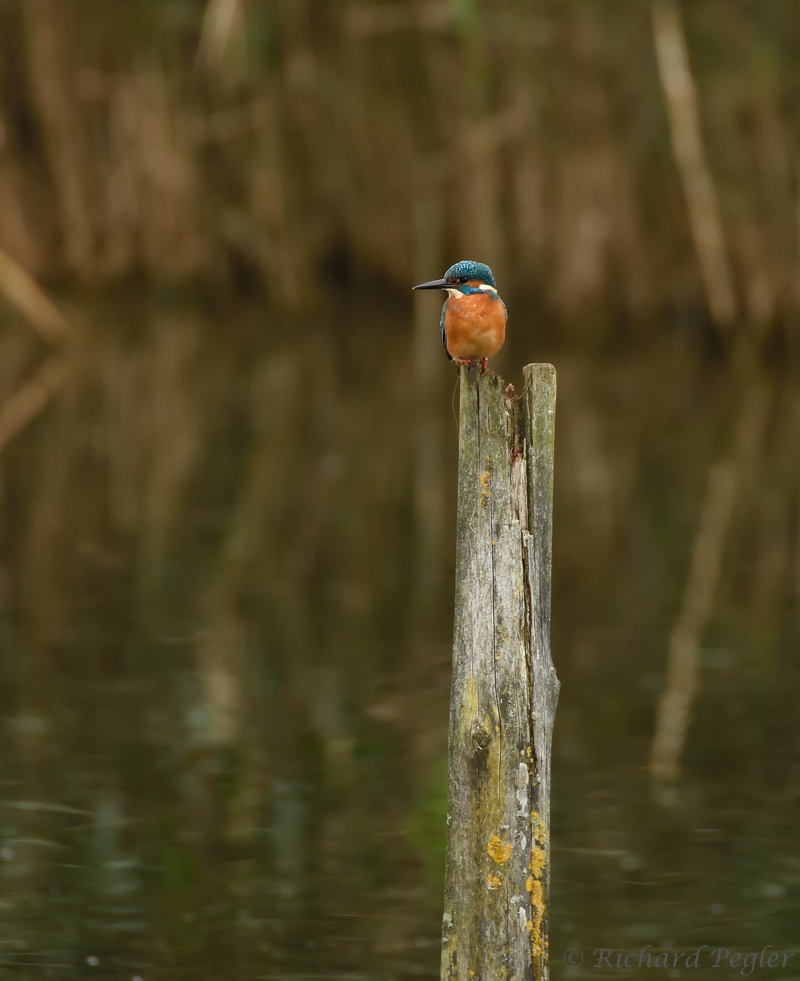 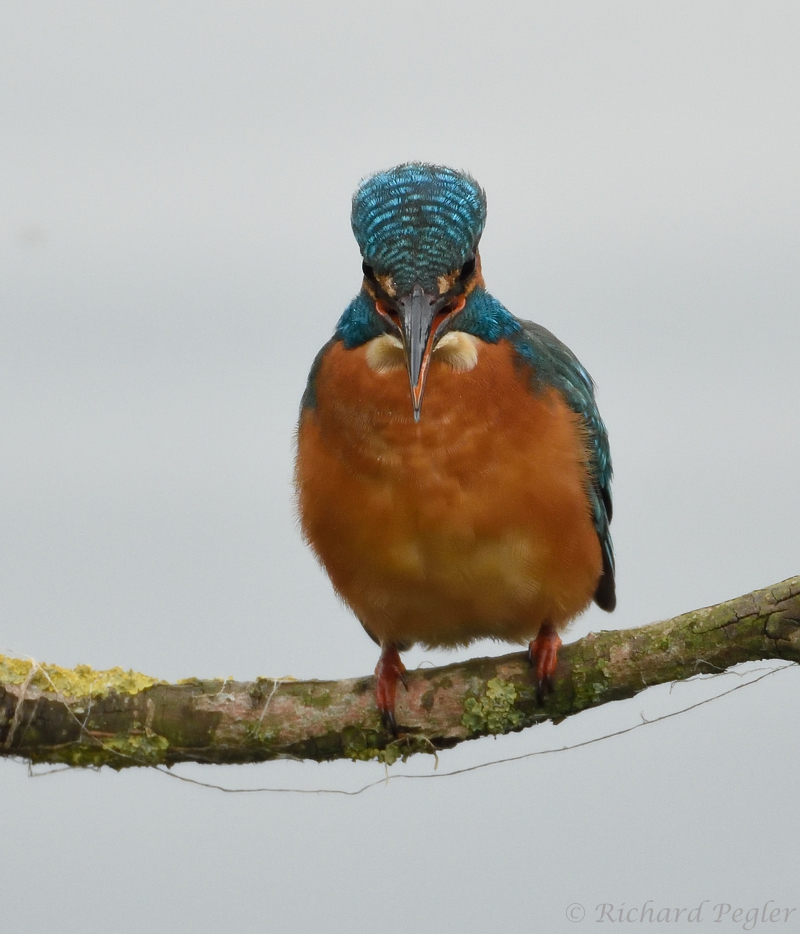 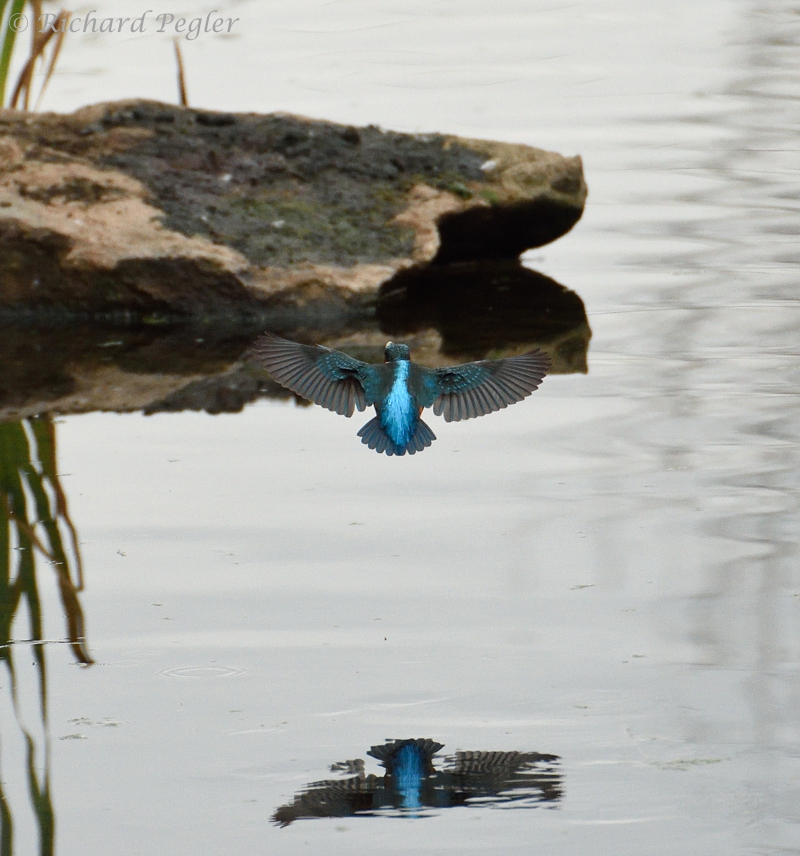 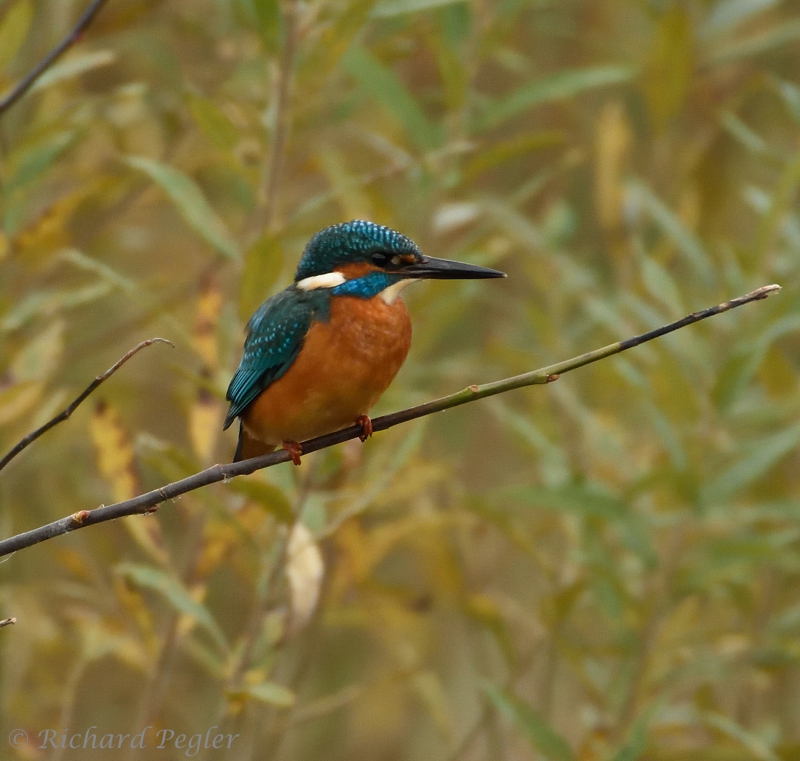 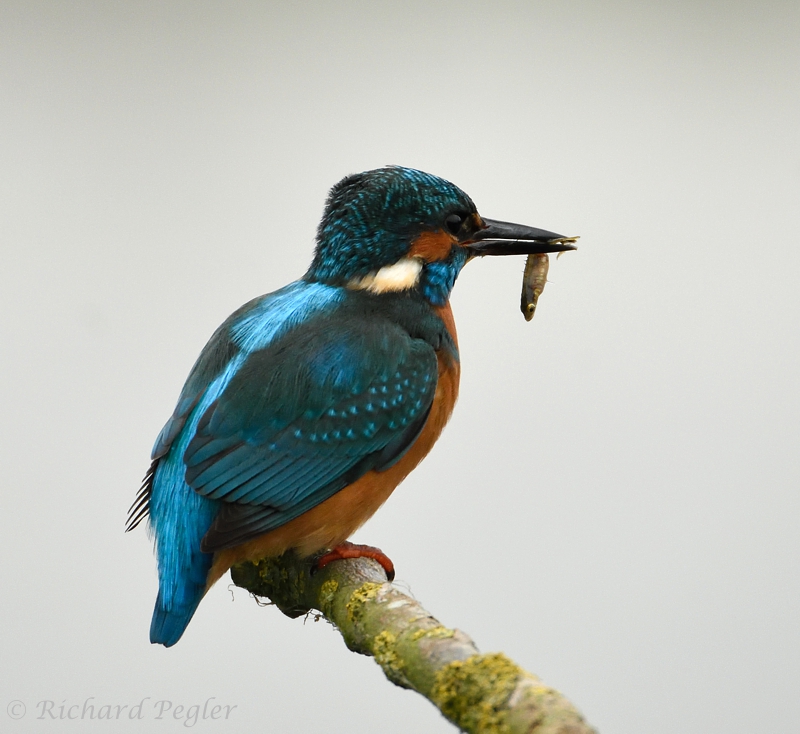 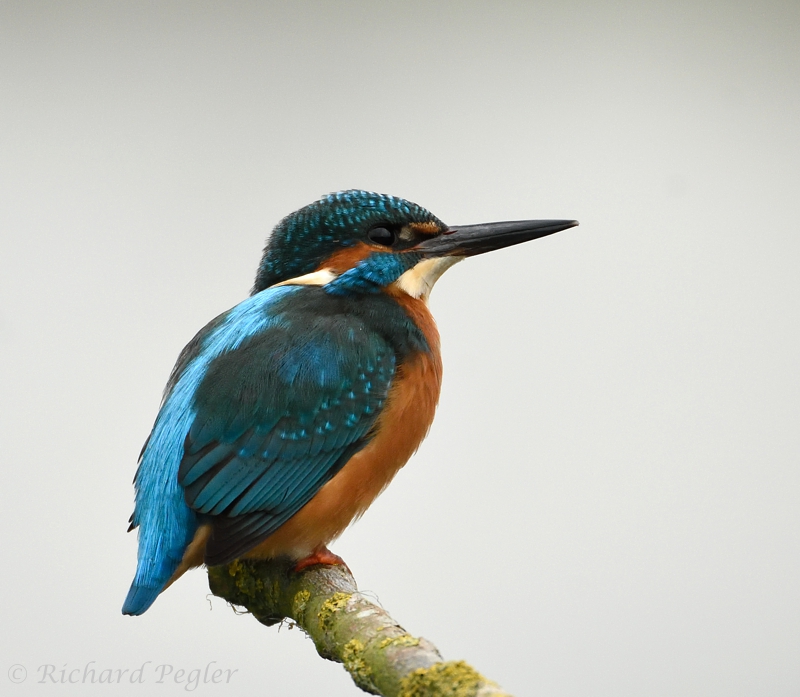 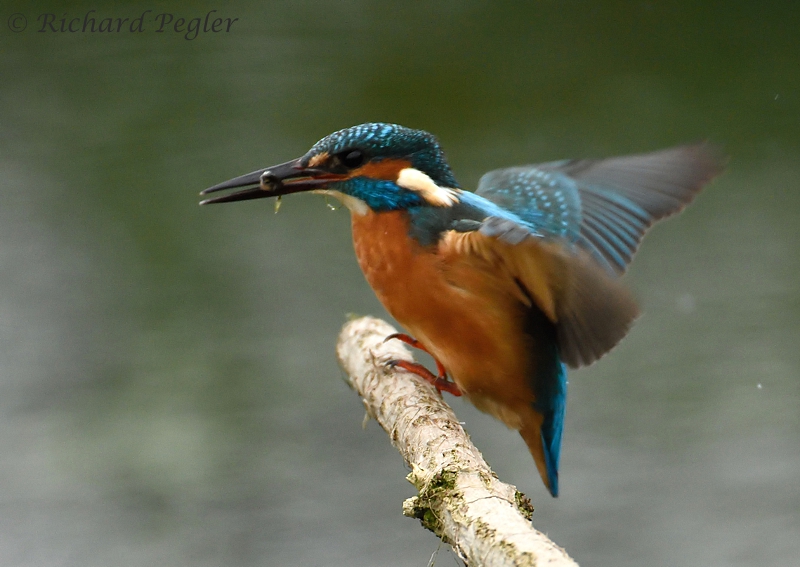 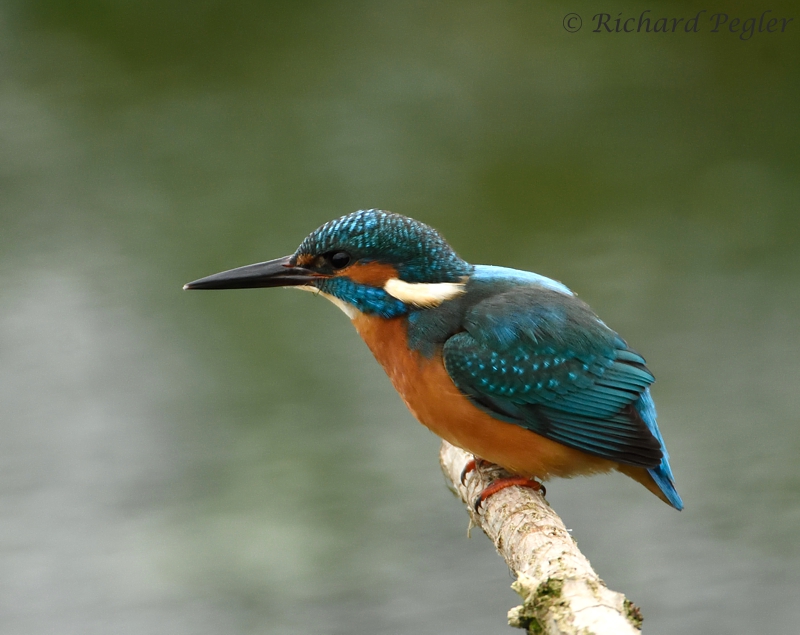 On 6th November, it was a relatively bright day, and in considering where I should go I settled for a place near home, but in Derbyshire rather than my own county of Leicestershire. The reason for choosing this place was that it can be good for 'water birds', but also good for passerines. I'd ruled out the Kingfisher location on the basis that I'd like to see something different.

Having parked my car and set off on foot, I found the sight of a Magpie perched on top of the head of a particularly hairy beast to be an amusing sight.

Arriving at the first viewing platform, I found some distant ducks, geese, and grebes, but nothing to get me excited, until towards me flew - a Kingfisher!! It briefly alighted on a phragmites stem which didn't bear its weight, and instantly flew back up the channel and out of sight.

The next two platforms didn't reveal any more than the first, and I then ended up at the hide, which was still under construction when I last visited. I was greeted with the information that Kingfisher had been showing well and frequently!

The window seats were relatively full, so I sat at the back. When Kingfisher was first spotted in the far distance, I was kindly given access to a window and pointed at the bird. It was too far away and somewhat obscured for a worthwhile photo.

Later it came a little closer and I managed a shot that was still somewhat obscured.

After a while, the lady who occupied the prime seat departed, and I moved into that position. I did not have to wait long before the Kingfisher came quite close, but it was behind vegetation. With patience it was possible to get a slightly clearer shot when the breeze moved the vegetation aside. It was a pity that a totally clear shot wasn't possible as the light by then was gorgeous! 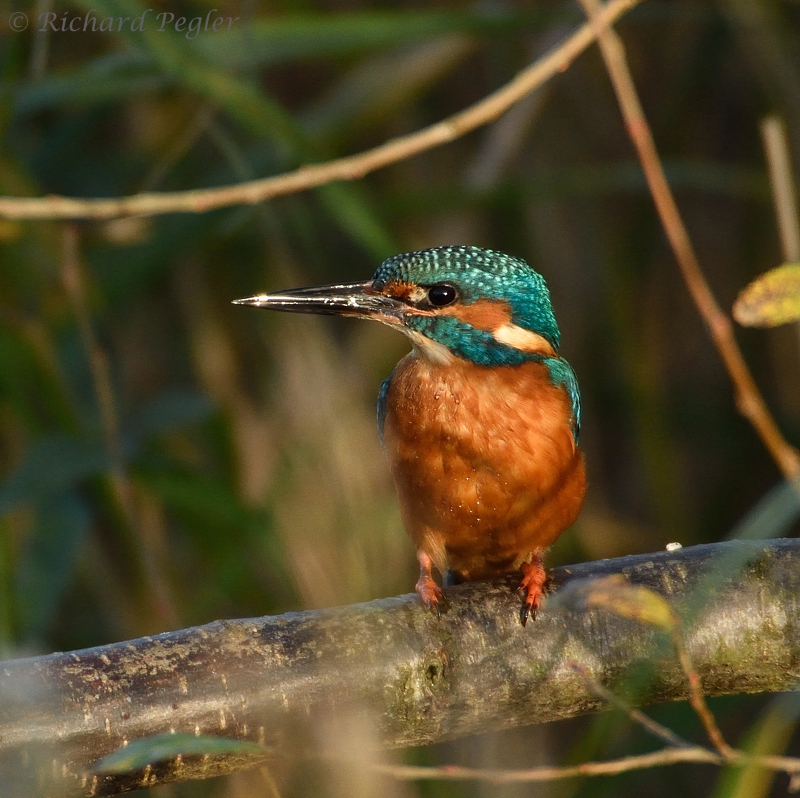 It soon departed, but came back again a short while later to a place that was a little further away, but relatively unobstructed. Sadly this place was in shade.

From this end of the hide I also had three very brief (about one second) views of a Water Rail as it flew across a 2 metre wide patch of water from one set of phragmites to another. I missed getting a shot each time.

The only other photos I took were of a very distant Common Snipe - not worth including here.

I gladly gave up my seat to newcomers to the hide, and set off back to see if I could find an owl - I did, but didn't get any photos as it was too dark and my car, in which I was sitting, was facing in the wrong direction anyway.

At this point in time I have absolutely no idea what my next blog post will feature.

Thank you for dropping by

I believe that there are a few people out there who may be wondering why owls have not featured on my blog for a long time, especially as the title of my blog suggests that owls would be a major feature. The year got off to a reasonable start, with pairs seen at a number of sites, and mating observed with the promise of a reasonable breeding season. The reality is that my sightings of owls since the spring have plummeted desperately, for reasons which I will discuss below and, until last Friday, I had last photographed a Little Owl on 1st July this year! Here's an image from back then:-

Shortly after that photo was taken, the whole of that roof behind the owl disappeared, closely followed by the owls.

There's no denying that this lack of owl sightings is partly due to lack of effort by myself. Now I'm in my 70s I do not have the stamina and agility that I had when I first started this passion 8 years ago that allowed me to roam the fields for hours on end looking for owls. Related to this is the problem of avoiding cattle in fields which I have to cross to get to some of my sites. It's not a worry that the cattle will be aggressive. In fact, if they are close at hand it's less of a worry as I'm happy to walk beside them. The real problem (and I've had a few close shaves) is when they spot you from afar and charge towards you to greet you. I feel that standing one's ground in this situation is potentially very dangerous, and out-running them has become more difficult, particularly when I struggle to climb over a stile in order to exit the field!

Over the past few years I have got into the complacent habit of driving to existing sites to check on the owls, particularly on the route between my home and Rutland Water, and only occasionally visiting my other further flung sites. I have not, therefore, been doing the prospecting for new sites that, ideally, I should have done.

However, there is no denying that, in the areas I monitor, the Little Owl population has suffered badly in 2017. I'm writing this is as the latest county records have been published and there has only been one Little Owl sighting record submitted for the whole of Leicestershire and Rutland (VC55) for the month.

Some of the problem has been visibly due to nest site destruction/deterioration. In other words, the trees or buildings that the birds nested in have suffered significant damage. However, I also believe that predation, largely by Common Buzzard, has been a significant problem. Several times now I have seen Buzzard move into the vicinity of a nest and the Little Owls disappear almost immediately, and on one occasion I believed I witnessed the actual predation event.

There are, no doubt, other factors in action such as food supply and weather conditions - and we have certainly had some odd weather this year. Owls do not like to be out in wind and rain, and we've had plenty of both. There has also been a lot of publicity given lately to the way that the invertebrate biomass has crashed in recent years - and invertebrates constitute a major part of a Little Owl's diet.

Returning to the subject of my (lack of) effort in monitoring the owls, for the past couple of months I have found myself shying away from looking for owls as I seem to always come back disappointed from sites that were, until recently, a place of delight. Just of late an expression has repeatedly entered my head and that is "back to basics".

My current intentions for this winter are to spend more time closer to home than I have done over the past few years, and get back into prospecting for owls. I have in the past, largely, confined my owling to VC55 as that is the area for which I report my sightings. However, my home is right in the north-west corner of VC55 and almost at the meeting of four counties - Leicestershire, Derbyshire, Staffordshire and Warwickshire - so there might be a shift away from Leicestershire sites. I intend, also, to spend more time locally looking for birds and other wildlife. I have some great places quite close by! I also intend to spend more time out around dusk in the hope of seeing other owl species.

All this does not, however, mean my travelling days are over. In fact, I intend that the opposite will be true. The rationale is that, if I spend more owling and general birding time close to home, I'm consuming less time and fuel in travelling, leaving me time and fuel to visit those exciting areas that are significantly more remote. So, for example, I have already booked to visit Speyside in Scotland early in the year, the Scilly Isles in spring, and North Uist (Outer Hebrides, and primarily for Short-eared Owls) in the summer.

For a while, I did contemplate changing the title of this blog to remove the reference to owls. I have decided that it will stay like it is, for the time being at least, to spur me on to do better!

That process has, I hope, already begun. On Friday 27th October I spent a couple of hours in the morning checking trees in an area where previously I have had four Little Owl sites. I found no signs of any owls, but it was an enjoyable time, and I ended up photographing a few other birds. Later that day, a little before sunset, I went to my Little Owl Site No.02. Whilst I was confident that the Little Owls had gone, I had seen Barn Owl here too on occasion. I sat there until it got dark, and then there was a familiar 'whoop' - and a Little Owl came out of the remains of the barn! This next image might be be of poor quality, but it probably means more to me than any other owl photo I've taken this year. I suspect that this is the male bird from this site.

I confess to becoming a little emotional when this bird appeared. It sat there for at least ten minutes before dropping down into the field alongside the barn.

The excitement had not ended, however, as soon there was a brief 'whoo' call and then the calls built up into fully recognisable Tawny Owl calls coming from at least three directions - then what looked like an owl (it was very dark by now) flew past the barn and a short while later flew back past the barn and down the road away from me. I cannot swear that this was a Tawny Owl, but suspect that it was.

Two days later I was back again and this time I saw a Little Owl which I am relatively confident was the female from this site.

I feel fired-up again, and hope that this lasts, although I am under no illusions that the process will be easy or many owls found! With a bit of luck I might even find an owl to photograph in daylight!

I suspect that it might be a while before my next post, and it is in the lap of the gods as to what the subject matter will be.