I've not had anything to report on since the subject of my last post, so this is a retrospective to the start of summer.

A visit to Ticknall Limeyards six days previous to this day had not been overly successful, possibly due to less-than-ideal weather conditions, and that the dragonfly season had started rather late in these parts. The weather was somewhat better this day, so I decided to see what might be going on there.

I was on my own, and set off at mid-day, taking a picnic lunch with me which I consumed before setting off on foot to the ponds/lakes.

On arrival, I soon saw Red-eyed Damselfly and, true to habit, they were settling on lily pads as far away from the bank as possible! I'd taken the 50-500 lens with me so did manage to get a distant shot or two.

The Azure Damselflies were a little more accommodating -

- as was, briefly, a Four-spotted Chaser.

Two Emperor dragonflies were flying close to the far side of the lake. I spent quite some time trying to photograph them but the results were not worth publishing here. With arms aching after my attempts at flight shots, I headed off to another area of the site, where I had previously had some good dragonfly and butterfly sightings.

Things didn't look too good at this next location, although I did take some shots of a Large Skipper butterfly.

At one point, I was relatively sure that I'd got a Humming-bird Hawk-moth spotted and it was just starting to oblige when a couple with a dog showed up. They, very thoughtfully, stopped when they saw I was taking photos. However, they did not stop their dog which ran straight to where the moth was and sent it packing.

The following is, almost certainly, the worst photo you have ever seen of a HBHM, but there's just about enough information there to confirm its identity!

I searched for the HBHM for some time after the dog had gone, but never relocated it and, as little else was showing, headed back to my original location.

At first, things seemed to be much the same. I photographed a Blue-tailed Damselfly and a Large Red Damselfly, and even took a few shots of the orchids, which hadn't done so well here this year.

I then noticed that the dragonflies were starting to behave as if they wanted to settle. A Four-spotted Chaser was the first to oblige, and stopped off briefly on several occasions. 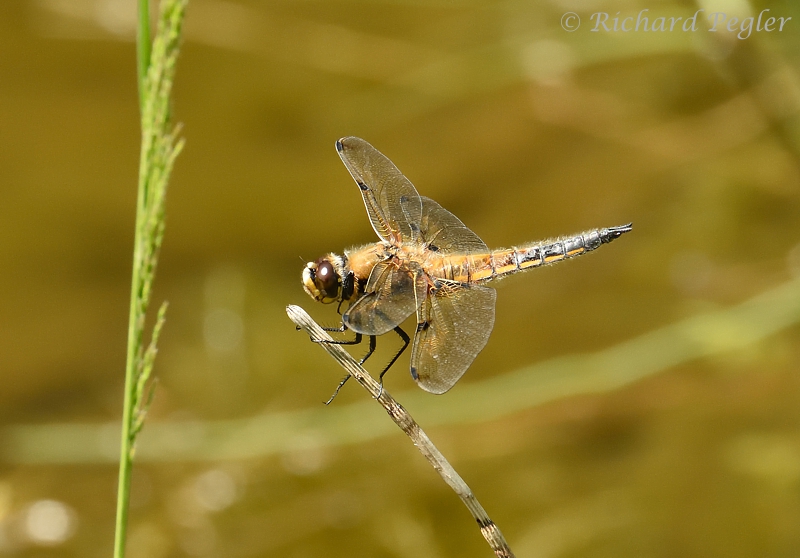 The best bit was, however, when one of the two Emperors decided it was time for a rest. It settled for a while in five different places - all on, or near, the ground, which surprised me a little and meant I had a cluttered background to my photos. At one point it looked as if it would land in patch of orchids but overshot by enough distance to prevent the shot I'd hoped for. 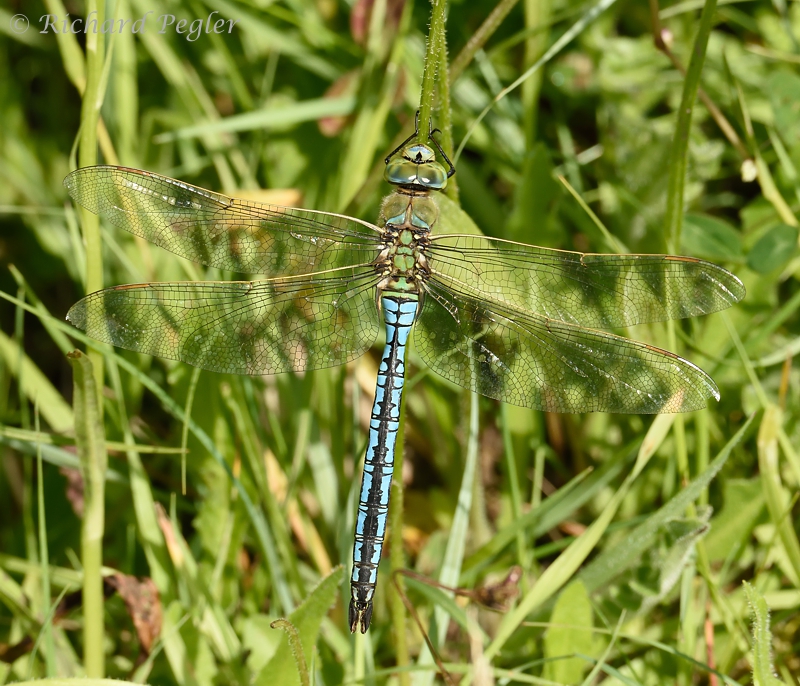 It had been a very warm afternoon, and the heat was starting to get to me so I set off homeward - the real reason being that I wanted to be there to greet Lindsay when she returned from her day out!

The weather here has been a little unfriendly lately so I've not been out for a while, and am unsure of what the subject of my next post will be. Don't be surprised, however if it's another retrospective and largely featuring dragons - sorry!!