I'd settled on the title for this post before I realised that the juxtaposition in the title would be totally lost on most people (Calke is pronounced 'Cork') - nevertheless, I think I'll stick with it!

I'd not been out much lately, and the weather looked rather fine, so I set off for Calke Park, which is relatively near my home. It had been a while since I'd visited the hides in Calke Park as a major development (Calke Explore - a children's activity area) had been taking place for most of 2019 and one of the hides was in a no-go area. This was, therefore, primarily a visit to see how the development had affected the hide that was now part of Calke Explore.

I arrived and was immediately pleased to find that there was now a large well-organised car park, although somewhat apprehensive that it was all but full. The next pleasant surprise was that there were toilets near the car park. I understand that there is also also a kiosk, open at weekends and at 'busy times' selling snacks and drinks.

The aspect that pleased me most, however, was that the development had exposed more water-courses, and given access to the edge of a large pond. This could be a spot for dragonfly-watching in the summer.

The access paths to the hide have been upgraded, but the hide is still its familiar self . I arrived as people were leaving, and found I had the hide to myself for a while.

Sadly, by the time I got there, it had clouded over, but I still had an enjoyable hour there with people coming and going and having some pleasant chats, and the constant background noise of the children playing didn't seem to disturb the birds.

Reed Buntings were very much in evidence. Although I had several sightings of a female of the species, I think it was probably the same bird each time. 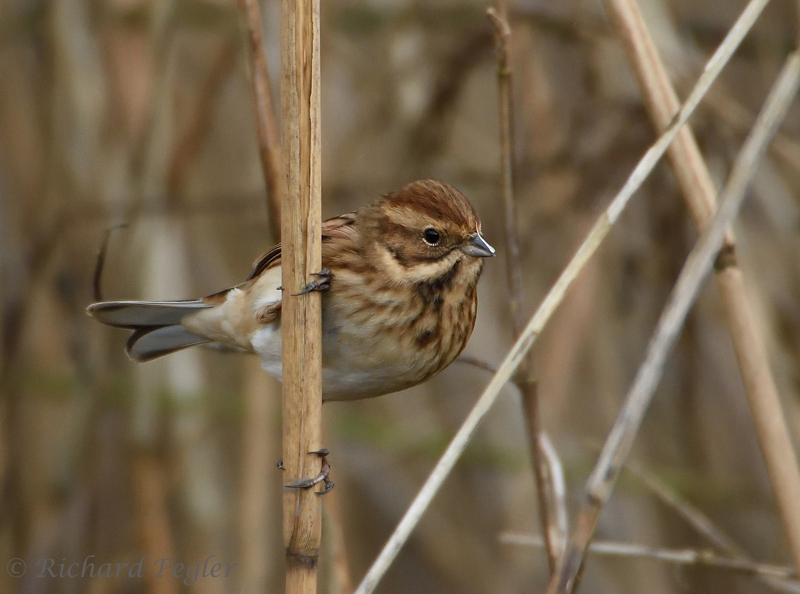 There were several males around, and some of them were getting well into their black-headed breeding plumage. 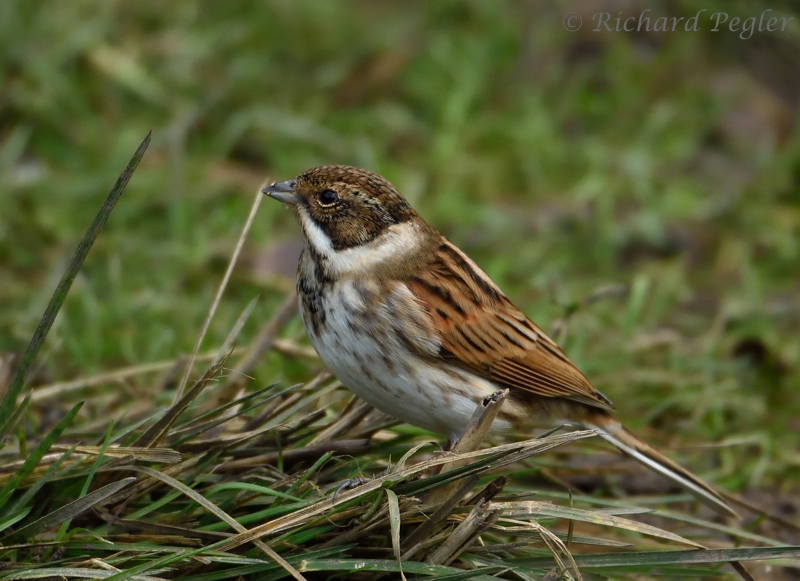 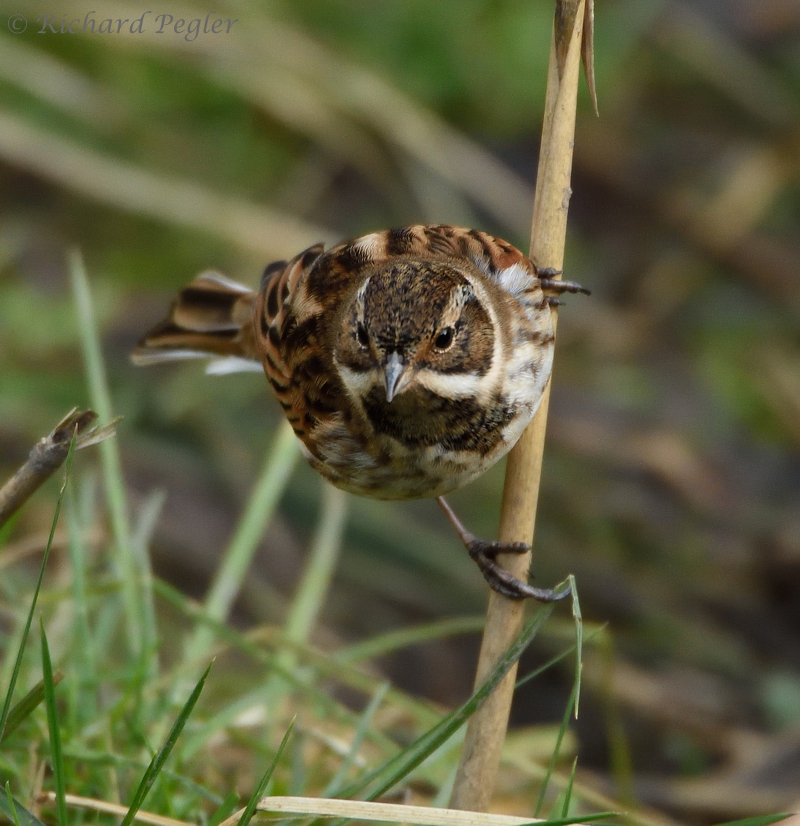 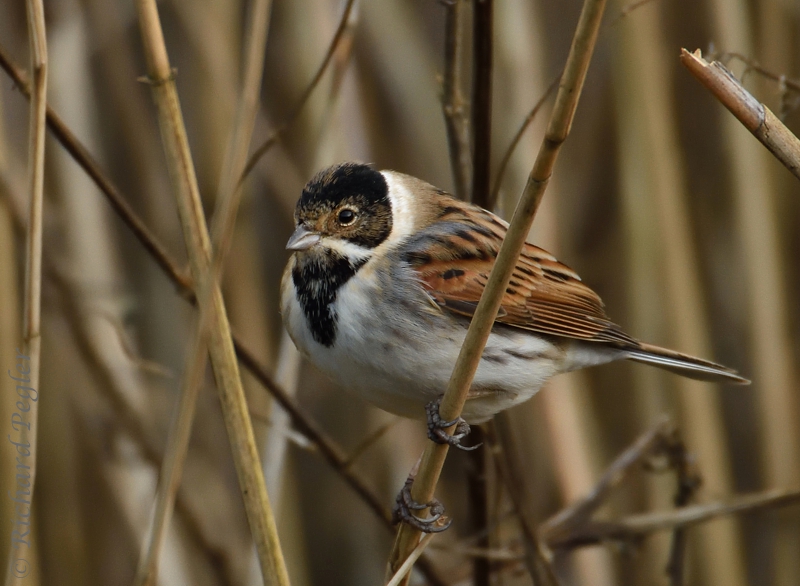 A Robin was quite busy round the hide, and had me spotted!

A couple of Dunnocks and a Nuthatch were around but not photographed. The tits were well-represented with Blue, Coal, and Great Tit all present but, again, not photographed. However, it was good to see that Marsh Tit seems to be doing well in the area. 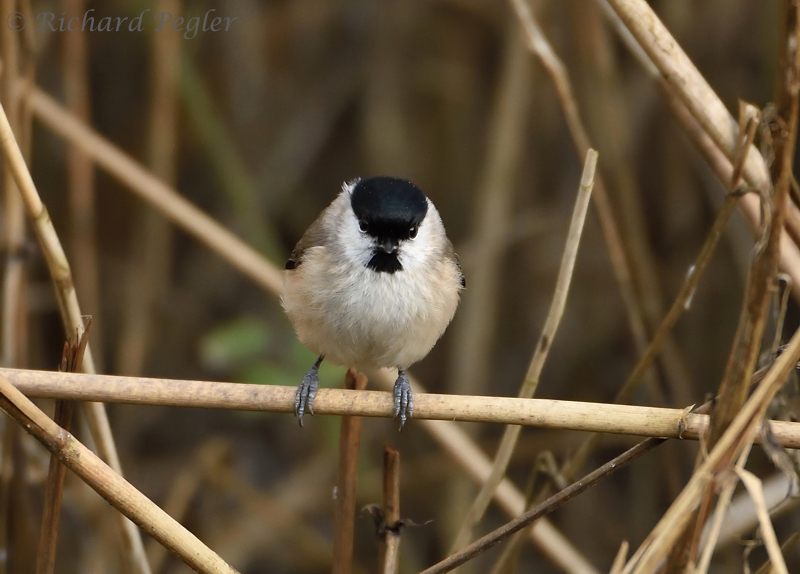 On examining my photos, I found a few shots of what I had taken to be a Marsh tit, but now believe is possibly/probably a Willow Tit. They do occur occasionally here. The black bib seems to dip and be ragged, where a Marsh Tit is usually short and neat square at the bottom, and it seems to show signs of a pale panel on the wing and no visible gloss to the black on the head. The white on the neck also seems to dip towards the breast more. Any thoughts on this would be welcome - particularly as Willow Tit seem to be in dire straights in these parts. I shall be returning and keeping an eye open for diagnostic features!

It was now around 15h00 and the light was going, so I headed back to my car and decided to pay a quick visit to the upper hide to see what might be going on there.

I arrived to see several Red Deer in clear view from beside the hide, with Fallow Deer somewhat more distant and not photographable. This young male Red Deer has, I hope, an interesting life ahead of him, and already looks quite majestic. 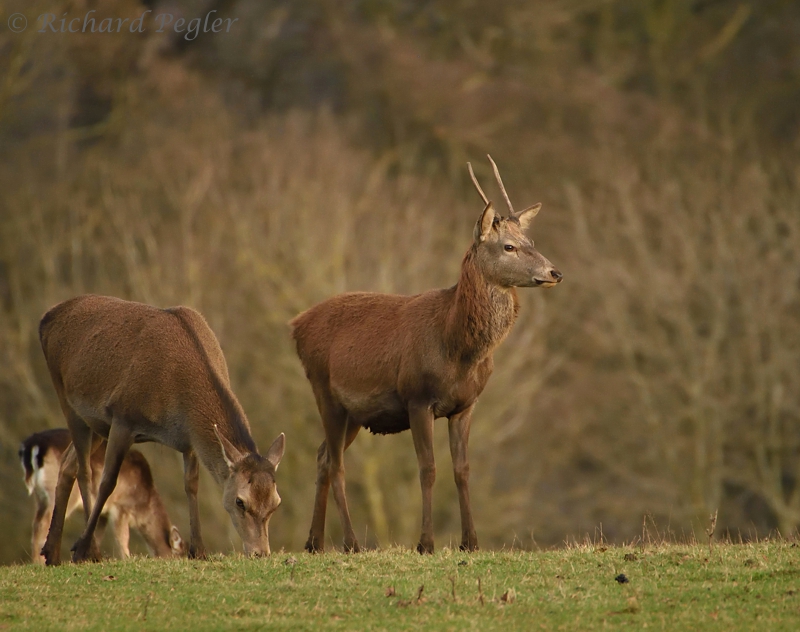 Once I'd settled in the hide, photography was very difficult with the low light levels, and virtually all the shots I took were 'consigned to the bin'.

The mix of birds here was somewhat different to that at the lower hide, although Blue, Coal and Great Tits were present. I did try for some shots of a Blue Tit, but only one was usable.

A flock of twelve Long-tailed Tits landed in bushes below the hide window in a very difficult position for photography, and they soon disappeared again. This one landed on the ground below me.

At one point in time, several Jackdaw arrived, accompanied by their loud 'tchack' calls. In case you're not aware of the origin of their name, in Old England, the Corvid family were named 'daws', and this particular species was the Tchack Daw. Although a common bird, I rarely get the chance to photograph one at reasonably close quarters. Their eyes are amazing! 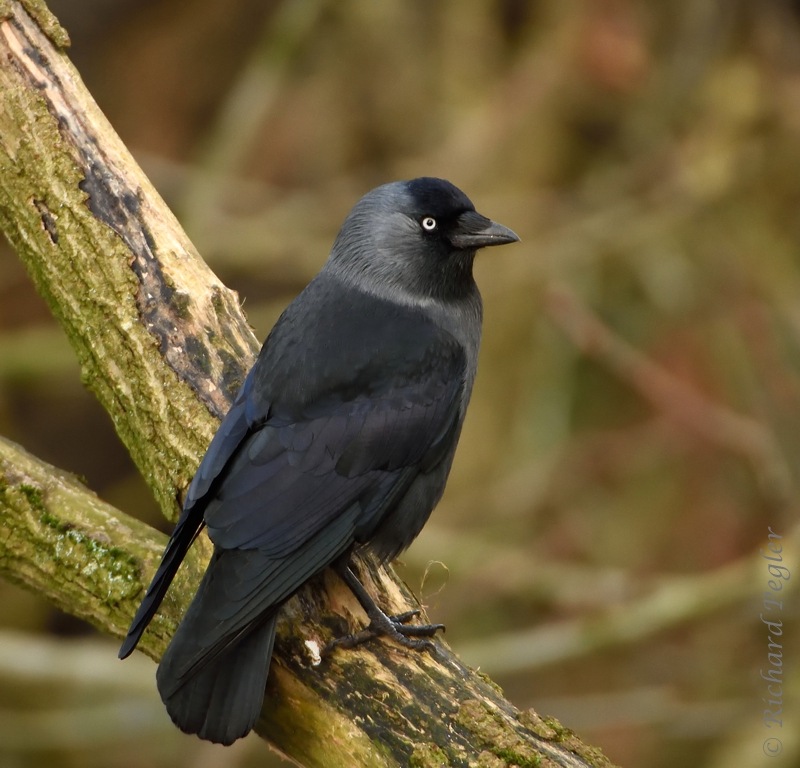 Although another common bird, for me, the presence of a Nuthatch is always a joy to behold. 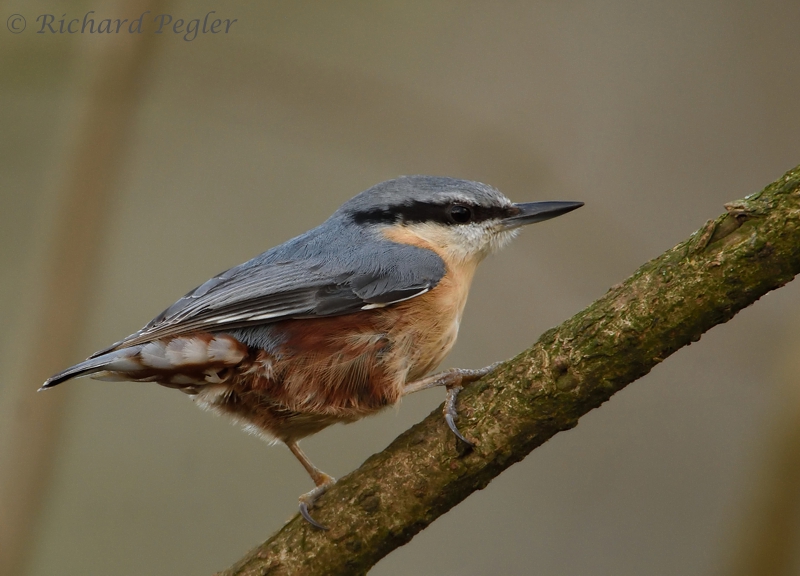 It was starting to get dark and time I was on my way home again.

I'd been very pleasantly pleased by the situation at Calke, and am looking forward to returning. Unfortunately, it may not be for a while as Lindsay is suffering with a very painful back and is unable to get downstairs, and so my only excursions since this one have been brief ones to shops for provisions and medication!

It may be a while before my next post!