I did not manage to get out as much as I would have liked to during this period as I spent a whole lot of time sorting out photos and blog posts on our return from the Isles of Scilly. Furthermore, we had an extremely thin time as far as wildlife activity in the garden was concerned, with just the Hedgehogs bucking the trend. Here are a few of my observations.

One of the probable reasons that we were not seeing as many birds as usual was that we were getting visits from Sparrowhawks, and the birds had departed to safer feeding grounds. Most of the time it was a male that visited. This one, with its dark orange (almost red) eyes, is a mature bird.

This day, we had the female Sparrowhawk, which was not photographed. I was, however, more disappointed at missing getting a shot of the Grey Wagtail that visited for a few seconds. We used to get regular visits by this species when we had a large koi pond, and latterly an adult brought a  youngster. When we filled in the pond, more than ten years ago, we continued to get visits, which makes me wonder if something was built into their genetic code. Visits have slowly dwindled, to the point where a Grey Wagtail is now quite rare, although still annual (just!), in our garden, but not as rare as Pied Wagtail.

Sadly, Great Spotted Woodpecker has also become a rarity in our garden, and so it was very exciting to have this female visit us briefly on this day. I do not usually like to post images of birds on feeders, but this occurence was important to us, and I didn't manage a reasonable shot of the bird away from the feeder. This one is a female - males have a red patch on the back of the neck.

We had a team of three tree surgeons in to do some tree pruning work in the garden, and also lick into shape some ivy that had got out of control. This, however, did not stop a squirrel from visiting. I know there are mixed feelings about these out there, but we happen to think them rather cute and do not consider them a problem.

The next image is probably the worst that I have ever posted, but it marks one of the more interesting events seen from our conservatory. A flock of  40+ small birds flew into our next-door-neighbours' birch tree in their garden, about 25 metres away. Unfortunately, they mainly stayed on the opposite, sunny, side of the tree to our position. It took a while to get a shot, into the sun, to enable me to ID them, but they were Redpolls. This is the largest flock of this species that I have seen anywhere. We hoped that they'd visit us so that we could add them to the garden record, but they disappeared after about ten minutes.

Little happened this day, but I did photograph a Chaffinch outside my study window - an extremely common bird with good-looks that are usually undeservedly overlooked.

When putting the recycling bins out, I found a shieldbug on top of the garden refuse bin, so moved it to a safe place.

Sitting in my study, I noticed a large bird out of the corner of my eye, flying from the recently shorn ivy to behind the viburnum. I quickly grabbed my binoculars and found myself looking at a female Sparrowhawk. It then flew back onto the top of the ivy, and perched there in a most ungainly fashion. Having taken some photos, I can now see, by the yellow eyes, that this was a very young bird, which might explain its ineptitude.We also had, unusually, two Carrion Crows stop off in the garden that day, and for the first time in a few months we had a Fox show on one of the garden trail cams that night.

Thisa autumn has been good for fungi, which is a subject I know virtually nothing about. We have had several in the garden, and I had not bothered to photograph them, which I now regret. I did, however, get the camera out to take photos of a group at the base of our Rowan tree. These had already 'gone over' but still, to my eyes anyway, look interesting.

Feeling the need to photograph something, the only thing I found was a Robin outside my study window!

It had been announced at the end of the preceding week that, faced with exponentially escalating Covid infection rates, England would return to 'lockdown' conditions on Thursday 5th November. This would mean severe restrictions on my travel until, at least, 2nd December. As I'd resolved to get back to birding, with an intended emphasis on owls, I decided that I'd have an attempt while I could.

Taking a picnic lunch with me, I set off late morning on my traditional owling route. The weather was forecast to be mild with sunny intervals.

I was soon disappointed by how busy everywhere seemed to be as I was obviously not the only one to be making the most of a last day of freedom. At one point I got held up by an incident on the road involving the local hunt, large numbers of bystanders with their vehicles, and the police.

I messed up with a brief opportunity I had with a Kestrel en route, and drew a blank at all the traditional Little Owl sites. At my favourite lunch stop I was disappointed to see that the nest hole at LO Site No.34 was now largely blocked by twigs, indicating that probably Stock Doves or Jackdaws had taken over the nest. Subsequent sites were also unproductive, so I decided on a visit to Eyebrook Reservoir.

At one point, on a single track road, an estate vehicle was parked on the road, and only passable by driving round it on the adjacent muddy field. Fortunately, I was in our 4x4, or I don't think I'd have made it. The vehicles owner was nowhere to be seen, otherwise I'd have had words!

At Eyebrook I had a look to see if the Willow Emerald Damselflies were still around but couldn't spot any. I spent a while at Eyebrook with the only photos taken being distant shots of the scene from the bridge. In the second zoomed-in image, below, taken from the same spot as the first, there are Mallards, Grey Heron, Cormorant, Mute Swan, and Little Grebe. 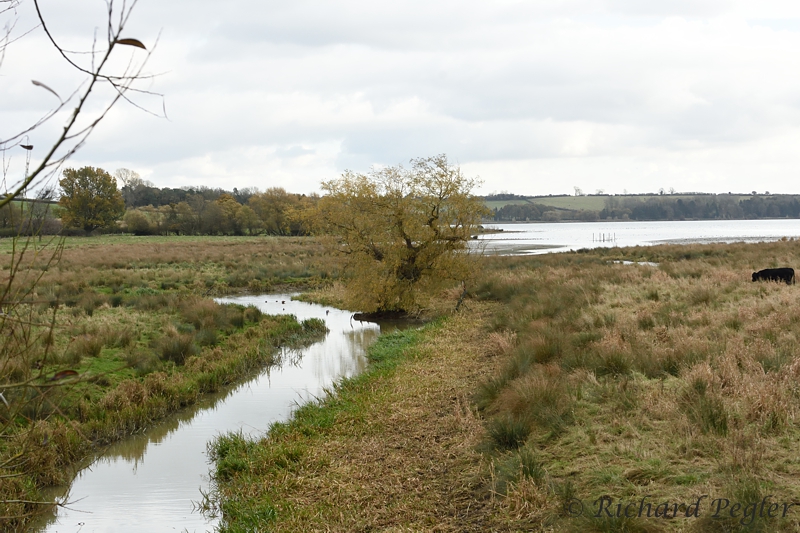 I was starting to get nervous about other people and social distancing, particularly in the two viewing stockades, and having had an almost total lack of photographic opportunities, I decided to set off to somewhere where I knew I had a good chance of exercising my trigger finger. I wasn't totally surprised to get there to find my old pal, John Truman, already installed. John had also decided to have a last excursion before lockdown. There was also one other person on site. The targets were Red Kites!

At first the conditions were mainly 'cloudy bright' and, although I took many shots, my efforts were not entirely to my liking. I'll show this one, however, as it shows one of the birds in moult. Like most (all?) birds of prey, feathers are shed symetrically over a period of time to reduce impact on flight capabilities.

Most of my photos of Red Kite are of them in the air against a plain sky, and so I attempted some shots against a different background. This was not successful on this occasion as the bird was too far away, but I now have a challenge to fulfill. A second challenge is to get some good shots of the fabulous markings on the upper surface of their wings.
John had to depart after a short while as he has to care for his poorly wife. I stayed on, and tried to get some shots of a bird that was in a tree almost above the other person's position. If he'd not been there, I'd have moved to try and get a clearer shot.I was joined (at a safe social distance) by a gentleman who lived just across the road from the site, and we had an interesting conversation, which I had to excuse myself from when the sun came out as the opportunity was too good to miss. Here are a few of the results. 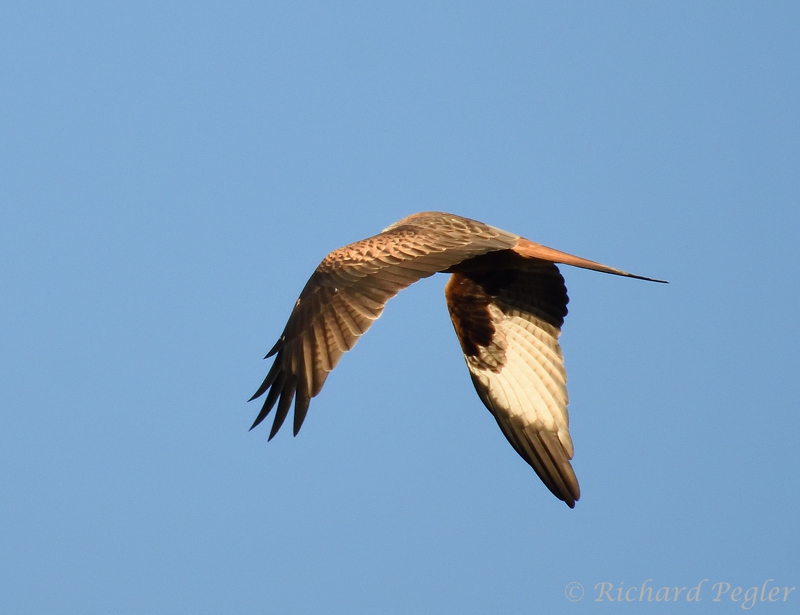 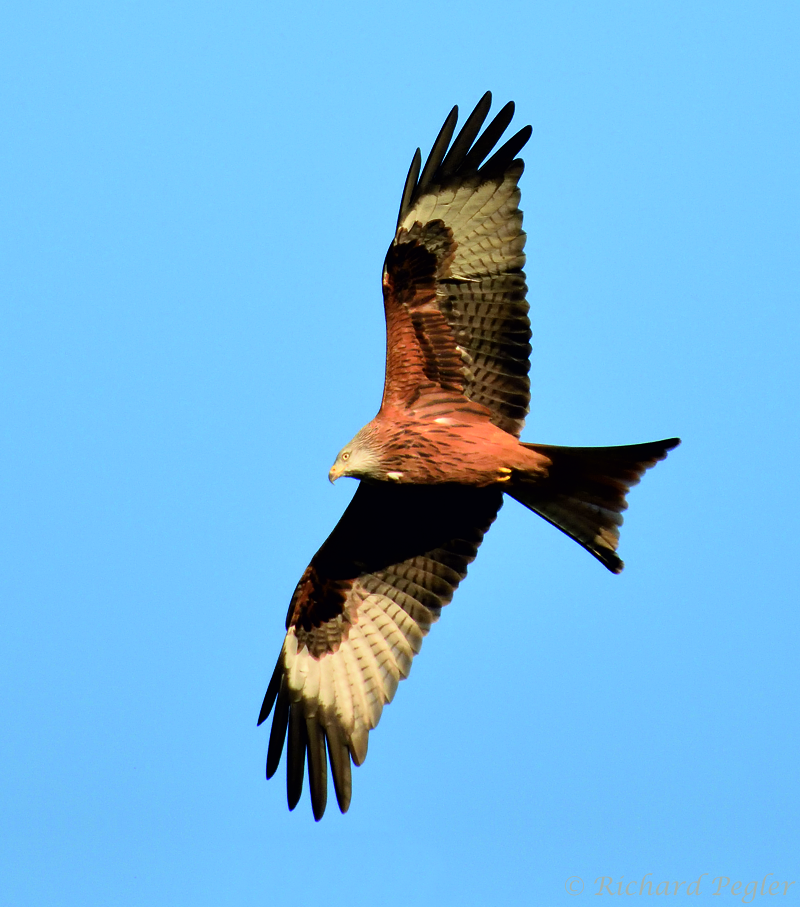 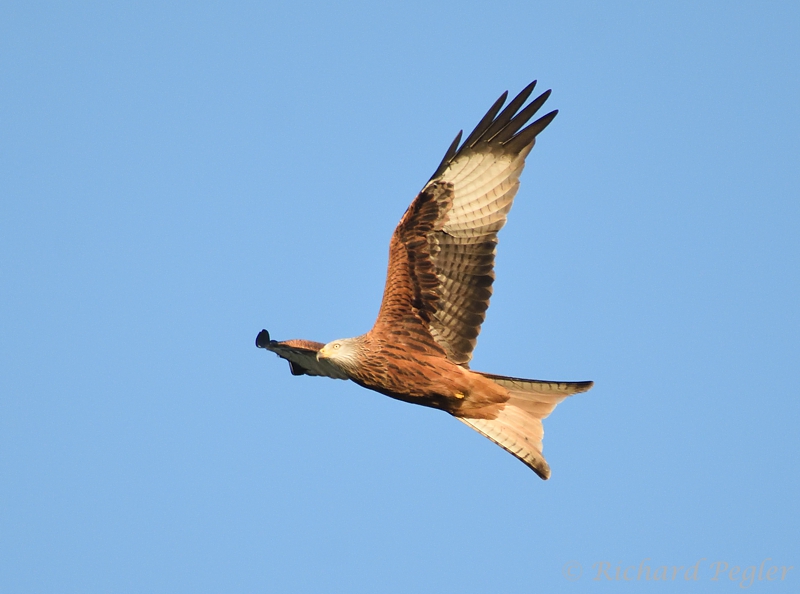 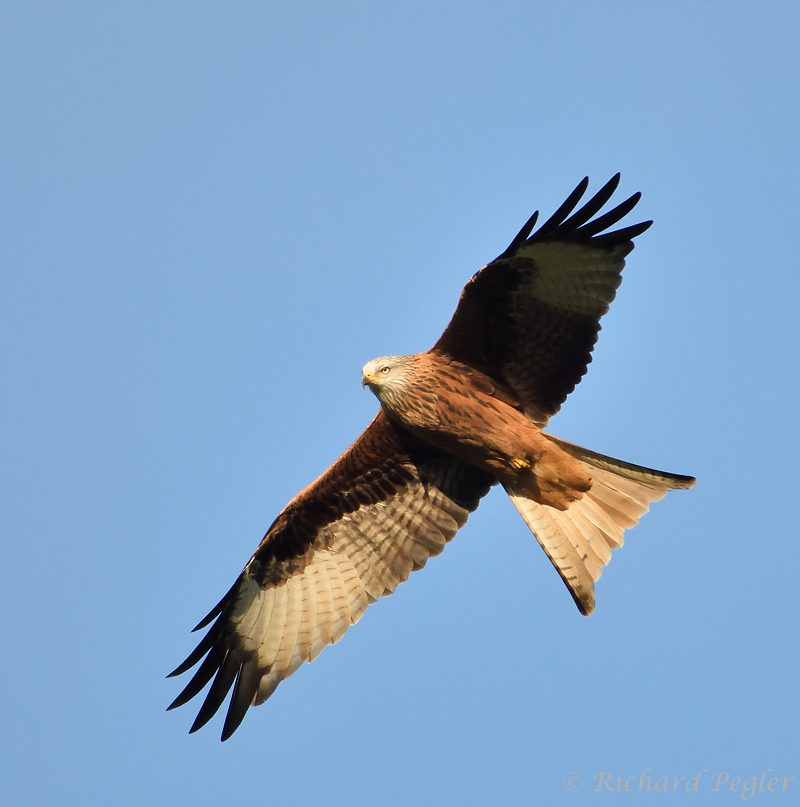 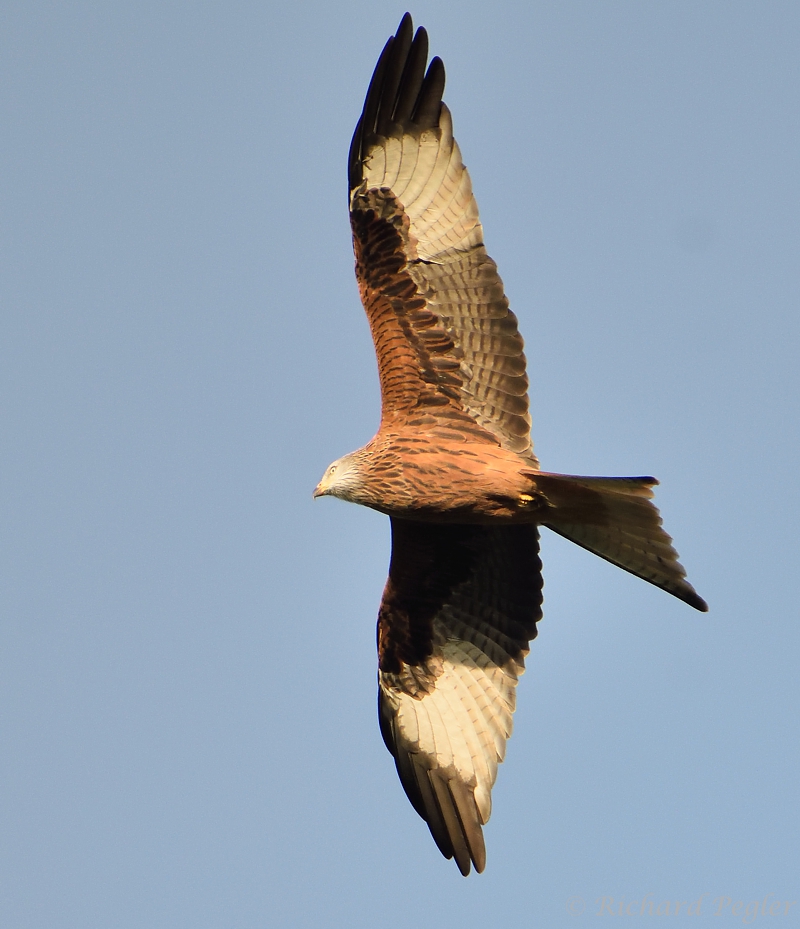 During my conversation with the local gentleman he did entreat me not to publish the location that we were at. I assured him that it was my policy not to do so anyway for locations like this. So that is why my captions for these images are location-less!

The time came that I had to depart as I had a delivery to make to our daughter on the outskirts of Leicester and then I planned to visit a potential Short-eared Owl location just before dusk. The visit to our daughter, at a distance on the drive at the front of the house, was shorter than I'd have liked it to be in other circumstances.

At the potential Short-eared Owl location, I drew a blank, getting back to my car after dark.

The next day, we went into lockdown, with such journeys against the spirit of lockdown and probably against the rules anyway. My next blog post, therefore, if I do manage to produce sufficient material, will feature sightings much closer to home.

In the meantime, please take very good care and stay safe, for your sake and for the sake of all those around you.