It was a very quiet evening for Osprey activity during my turn of duty this day, although both birds were present for the whole time. However, literally during the last minute of my watch, 08(97) (the male bird) left his perch and had a brief altercation with a Barn Owl, which rapidly flew off northwards. Literally seconds later, a second Barn Owl followed the first, dropping onto some prey as it did so. Unfortunately all this action was far too far away for my camera set-up. Amazingly, a few minutes later as I made my way back to the Lyndon Centre I came up on another Barn Owl. I don't suppose that I will ever again see three Barn Owls inside 10 minutes.

I did very little photographically that day, but I did find a juvenile Tree Sparrow looking rather cute (poor little thing had already been ringed) by the Egleton Centre, and the Sedge Warblers were about in front of Waderscrape Hide.
. 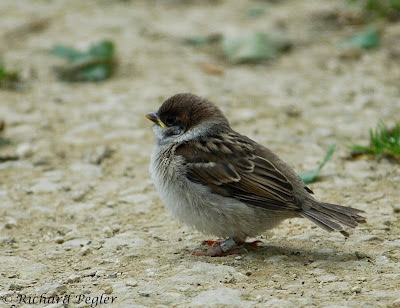 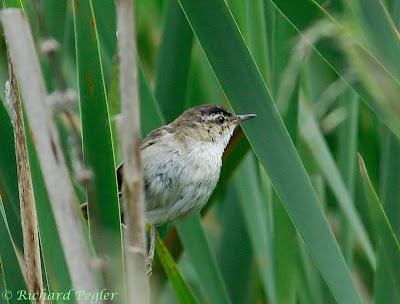 I don't suppose that many people think of Egyptian Geese as being at home in trees. This pair flew into the dead tree near Waderscrape Hide, and then started using it as a climbing frame. I guess that for most of the time they were 7 metres or more above the water. 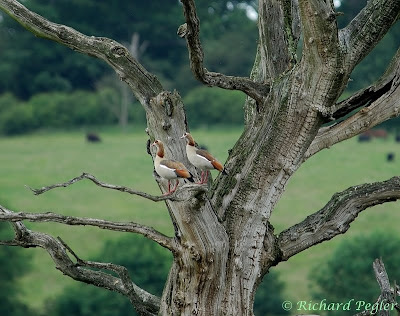 On the way home from my previous shift at Rutland Water, I had found some Red-Legged Partridge messing about on a country lane. I grabbed some quick shots out of the window of my car, but in the very poor light the results were unusable. This time, just in case they were there again, I had my camera set up before I reached the location - and they were there!!! However, it was about 9.30 in the evening and there was very little light, so the results are still far from good - but a lot better than the previous attempt. 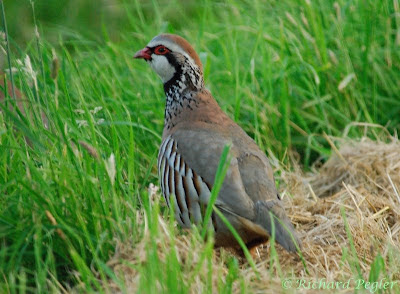