Having damaged my lens in a silly accident, it took almost a month, and a lot of communication with my insurance company, before I eventually got it back - on Saturday. I set off to Kelham Bridge to try it out. The only problem was that, other than a Kestrel as I approached the first hide, very little was seen that was photographable. Anyway, the Kestrel images proved that the lens was working to a reasonable standard. So to the next step - see below! 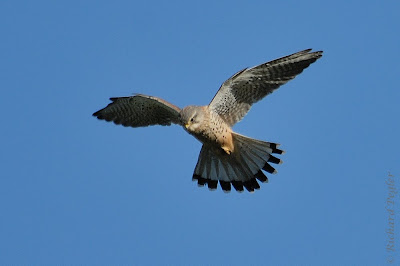 Common Kestrel - male
My wife very kindly offered to buy me a new camera body for combined Christmas and next birthday (when I will at long last draw a pension, even though I have been retired for five years already!). She's bought me a Nikon D300s, and I hadn't used it until this day, as my lens had been away.

Having satisfied myself earlier that the lens was OK, I attached it to the new body, and headed off to Oakthorpe Colliery. I sat for nearly an hour, with virtually no birds showing at all, so I moved to another point close by, and a few birds showed up at the feeding tray. The problem was that the sun was low by now and the scope for a bird to settle in the sunlight on anything other than the feeding tray was small. I did manage a few of Blue Tit. The excitement came when a Siskin arrived (never seen one here before). Unfortunately it stayed for only a second or two, before disappearing completely. The results, in spite of this being a camera I'm not used to, were much better than I'd have got with the D200. 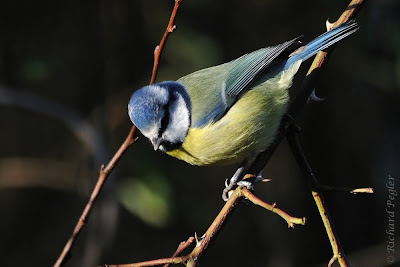 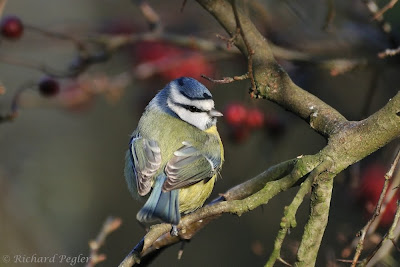 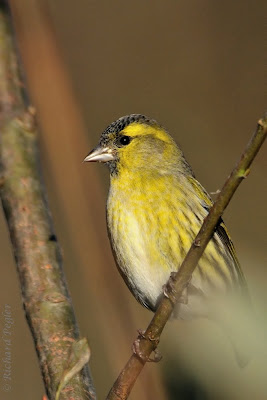 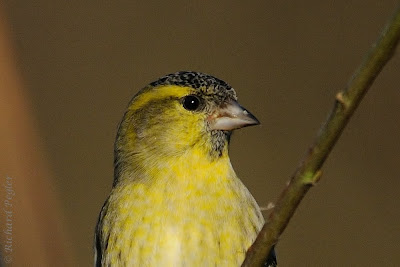