Whilst it seems that most of UK had a good week weatherwise last week, here we had cold, damp, misty, and dark weather all week - even though 20 miles (30 km) up the road the weather was beautiful for much of the time. I was, therefore, somewhat relieved that Saturday afternoon turned fine and sunny. Time to catch up on some of my Little Owl sites that I have not visited for  while!

The first six sites yielded absolutely nothing in the way of LOs, and by 18.00 it had suddenly started getting misty and dark again. I was facing a whole afternoon without sighting an owl!  However, I was lucky at my LO Site No.06 with one of the owls spotted at 18.15. This was the one with the very bushy white eyebrows, that is easily recognisable. The light was terrible, however, and so I only got a few poor images at ISO 2000. 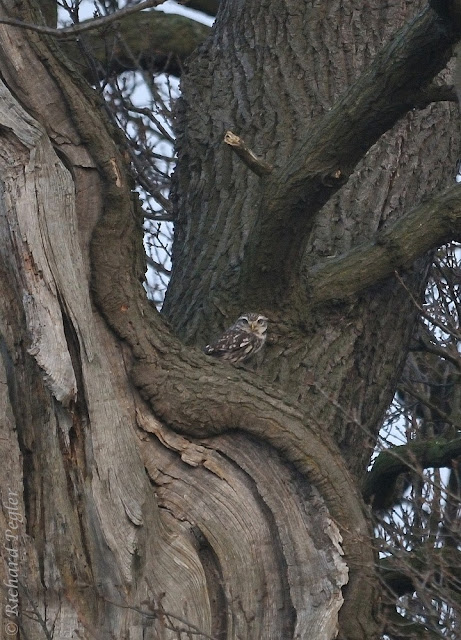 After this I briefly stopped at my LO Site No.16 but nothing seen. One owl over eight sites was not good, so I came home via my trusty Site No.02. I could just see an owl on a telegraph pole (far too dark for any attempt at photography) and then set off home. Two owls over nine sites is a pretty poor score, but at least it wasn't the duck that I looked as if I was heading for until quite late!

Earlier in the afternoon I had decided to drop in at Blackbrook Reservoir as it was on my route between sites. Nothing outstanding was seen but it did yield an unusually confiding Red-legged Partridge, and my first (unidentified) warbler of the season - probably a silent Chiffchaff or Willow Warbler. 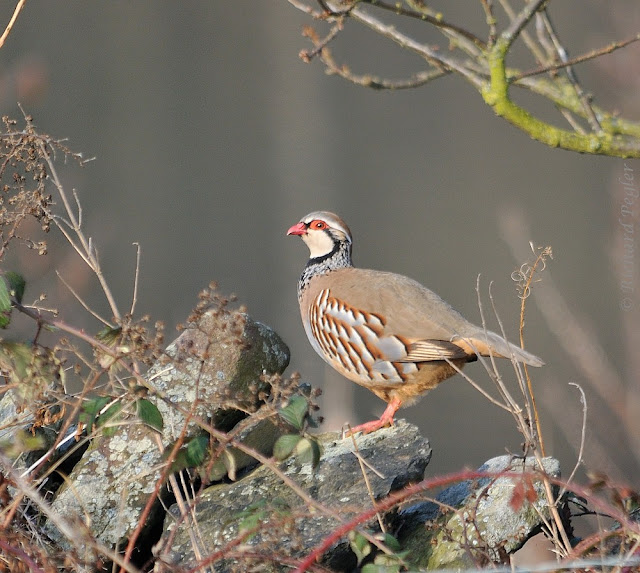