A totally different blog post to that originally envisaged!!

Sitting in our conservatory today, having my lunch between painting sessions (decor rather than artistic), my eye was suddenly caught by what looked like a bright orange Chaffinch! I saw it for less than a second before something spooked the fifty or so birds in the garden and they were off.

I hung around for a while hoping it would return and eventually gave up and went into my study to sort out a couple of things prior to starting the painting again. Suddenly it was there again, at the top end of my garden, about 8 metres away. My camera was to hand but, by the time I'd picked it up, it had its back to me.

Sadly, I never got a side-on shot, or even a frontal shot. It was soon spooked again and after an hour or so, I had to give up and get on with things.

At first I though that this was a strangely coloured male Chaffinch, but I now think it might be a female.

This was no trick of the light. Side-on the bird looked almost entirely orange - not the pinky colour of a male Chaffinch. Note that the rump is very orange, rather than the usual green.The bill is normal grey. I note that it is missing the toes from the right foot - left foot appears to be OK.

Does anyone have any ideas what is going on here, please? And before someone suggests that I lost control of the paint pot, I've been using brilliant white!

UPDATE: Alan Wallace has stated (see 'comments' below) that this is almost certainly a Chaffinch with a red pigmentation aberration, the technical term for which is erythrism. Thank you for this information, Alan. 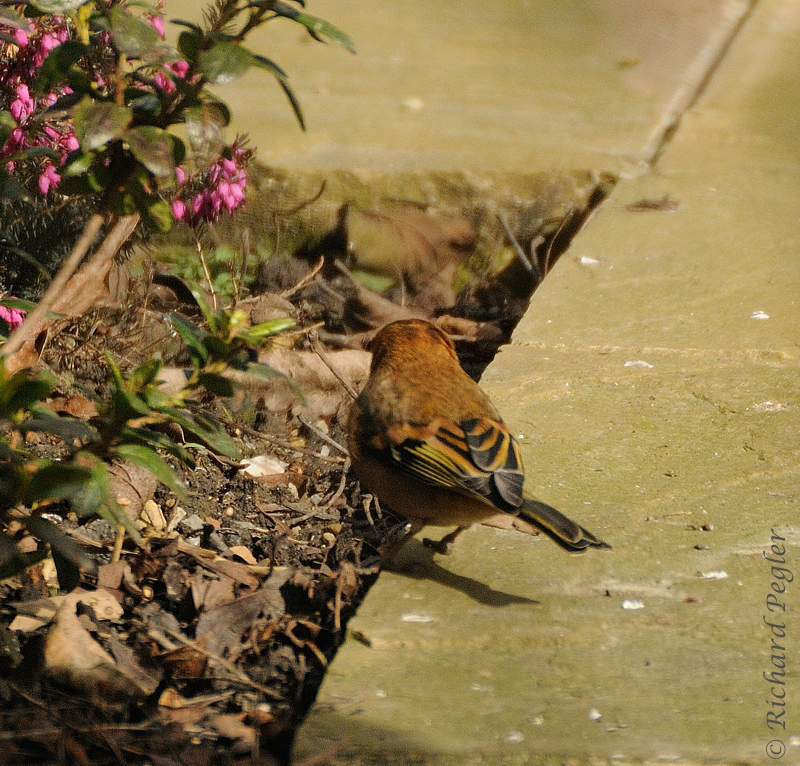 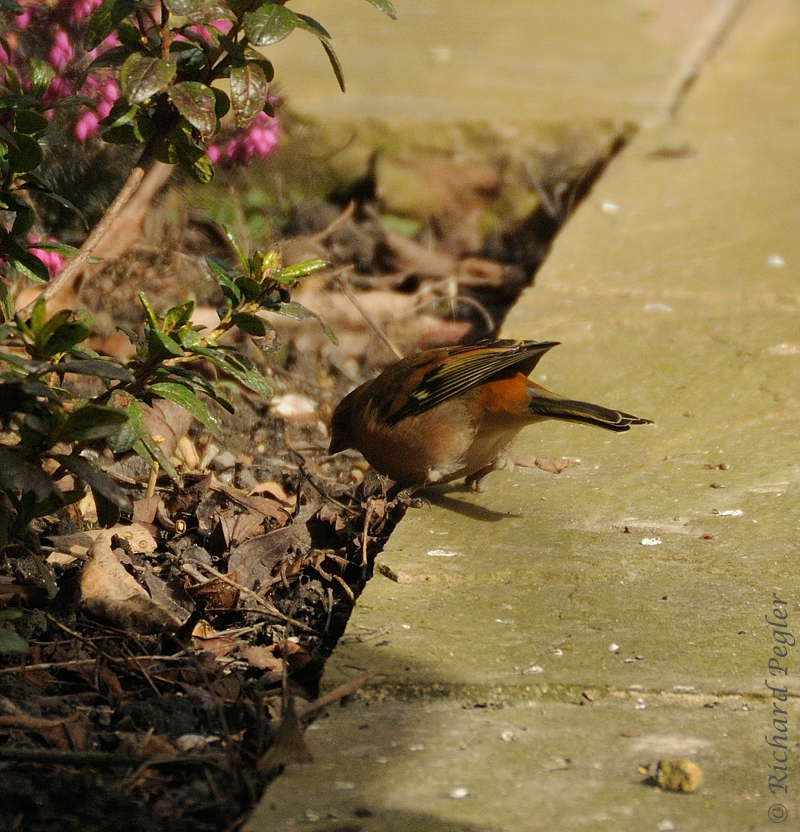 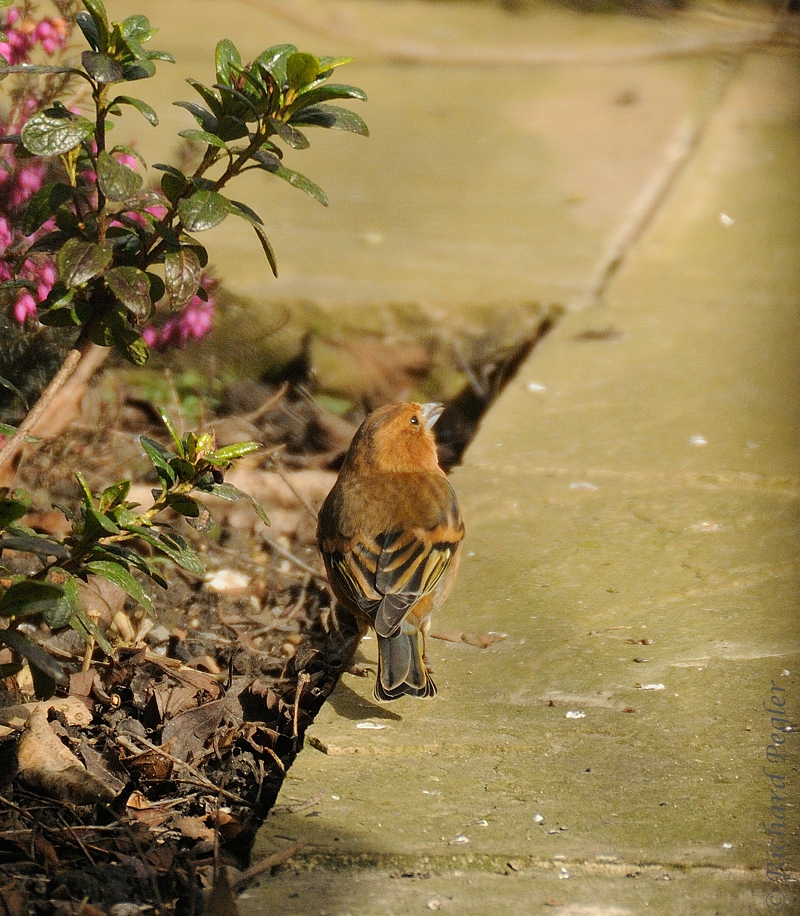 I'm currently heading into an even busier situation, and so it is entirely possible that this will be my last post for a couple of weeks or so.

Thank you for dropping by. My apologies to all my fellow bloggers if I've been a bit too preoccupied to visit your blogs recently.
Posted by Richard Pegler at 20:22

Email ThisBlogThis!Share to TwitterShare to FacebookShare to Pinterest
Labels: Chaffinch