My apologies for being absent from Blogger for a while. A planned maintenance on my PC had an unexpected result when a hard drive failed during the process. I now have two new 2 TB drives in my PC and a whole lot of data to reinstall from back-ups. I hope to catch up with everyone soon.

Photographically, it has been a quiet end-of-year for me. We've had relatively poor weather, with lots of rain and plenty of wind and it seems that, every time we've had a spot of good weather, I've had commitments that have prevented me taking advantage of it. Herewith, therefore, a few shots of wildlife in the garden ('back yard' to those on the western side of the Atlantic), taken through the window glass from my study, or from the conservatory, during November and December.

Nuthatch is an infrequent visitor to our garden and has been noticeable by its absence for most of the year - hence it was exciting to have a brief visit on this day. The weather was dull and the bird was at the far end of the garden.


As the camera was out, I took a few shots of a Blue Tit that was close to the window.

We then went away to Dorset for a dew days. On our return, we were delighted to find that the Brambling that had been visiting before we left was still around - again, the light was dire for this shot.

A couple of days later, I managed a few shots of a Sparrowhawk. This juvenile is an occasional visitor and, whilst I would not wish it any harm, I'm rather glad that it doesn't seem to have much success in catching the birds in our garden.

Three days later, I got some more Bramblings shots - at a much greater distance and still in poor light. I think that this is the same bird as that on 10th November.

We now wind forward a week. I'm a bit fond of woodpeckers, and disappointed that we rarely see one in our garden these days. However, one (a female) showed up on 30th October. She has been an occasional visitor since then, showing maybe twice in three weeks on average. I managed to catch her on camera on 15th November. This is a sequence of her spotting something she was unhappy with, instantly dropping round to a position under the 'branch' that she was on, then coming back up when she was happy that all was OK. 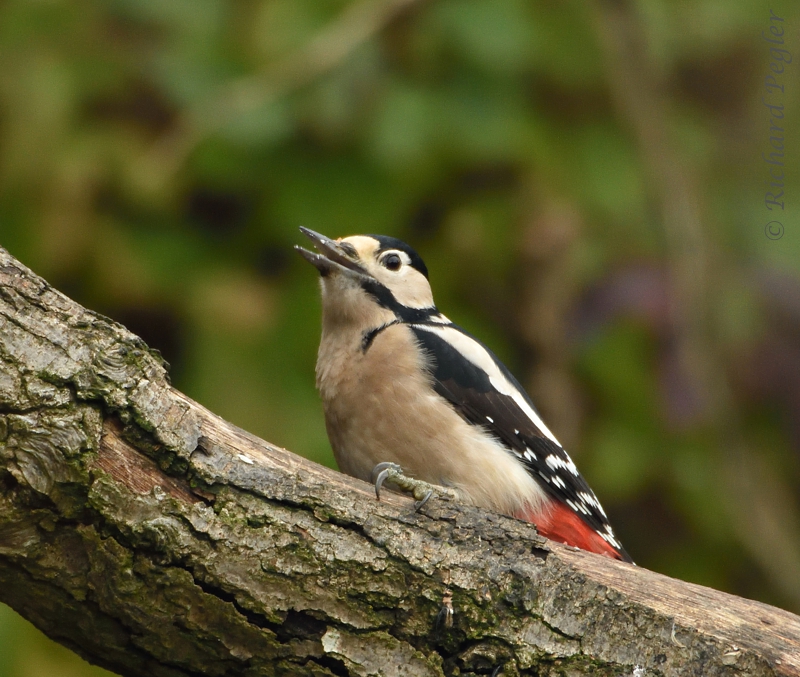 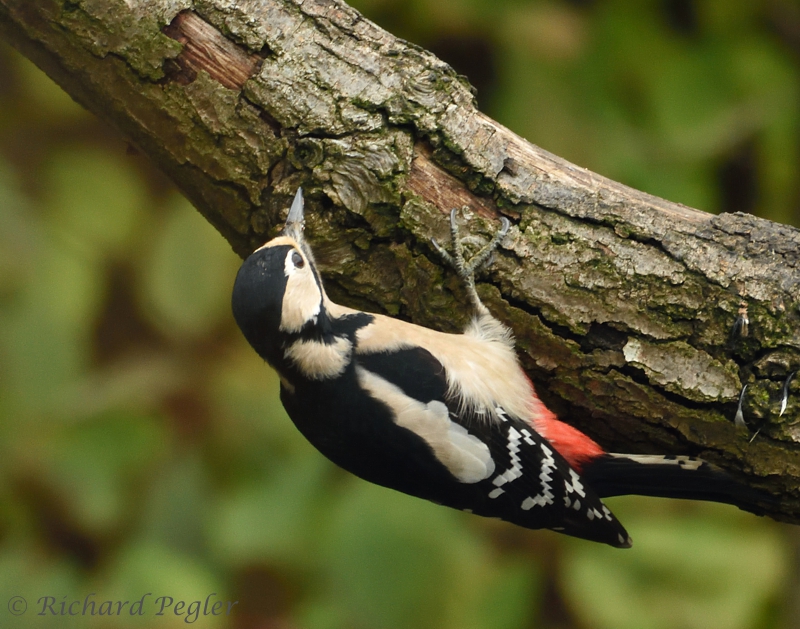 The moth trap has been out a few times but, since 22nd October, this was the only time I've caught a moth. This is the splendid December Moth - just look at its 'warm winter coat'!

The female Great Spotted Woodpecker was back on 28th November - in the rain.

We had some excitement on 3rd December, with the arrival of two birds that we had not seen in the garden since last winter - Blackcap and Redwing. We managed some sunshine that day!

During the summer, we had two Hedgehog feeding stations in the garden, as well as three hedgehog houses. A few weeks ago, one of the feeding stations was dismantled as it was now only being used by mice, and was attracting cats. We currently have four trail cams deployed in our garden - three of them are pointing at the hog houses (one of which also covers the remaining feeding station) and another is pointing at a bush, under which a Hedgehog has built himself a nest of leaves.

At one point we were worried about both the hogs that were visiting our garden. One (a very large hog) appeared one night dragging its rear right leg which seemed twisted at a strange angle. At that time we did not know where the hog was coming from, and I was not up to staying up all night in the cold in the hope of catching it to get its leg attended to. Instead I kept monitoring it on a trail cam in case it got worse. Soon after this, it started building its leaf nest at a place that I just happened to be observing with a trail cam. I helped it by piling dry leaves outside the nest, so that it had less distance to travel on its poorly leg. Over a period of a few weeks I was delighted to see the leg improving, and it got to the point that I could not detect that there'd been a problem.

The second hog that was a cause for concern was a rather small one that was running round the garden at night at great speed and only sniffing at the food and water in the feeding stations. This was probably going to be too small to survive the winter.

On 6th December, the hog in the self-built nest had already hibernated (he's since been waking up and repairing his nest after wind-damage), and the small hog, which had suddenly started using the feeding station and was visibly putting on weight, was busy supplementing the bedding that I'd put in one of the hog houses (a Hogitat - the other two houses are wooden constructions, purchased from Leicester Hedgehog Rescue, but currently 'vacant'). Here is some video of the small hog using some of the extra leaves I'd supplied to cosy-up its 'hogitat'.

In the summer, we had two pairs of Bullfinch that regularly visited the garden - then we had the youngsters. By the end of October, the garden was, sadly, devoid of Bullfinch. There was, therefore, some excitement when a female Bullfinch appeared on 1st December. This female has continued with occasional visits since then and even brought a male with her on one occasion. I have only once managed a photograph, and this was not very good!

This will almost certainly be my last blog post until after Christmas, so I take this opportunity to wish my readers a very Happy Christmas and all the best for 2020.


The header, which is current as I write this, harks back to what is probably going to be the lifetime highlight of my birdwatching interest – a Snowy Owl on Tresco, Isles of Scilly, on 17th March, 2018 – a rare bird for UK, but snow on the Scillies is even rarer!


Thank you for dropping by.