The weather forecast for the day was sunny periods with the chance of a shower just after mid-day, and that's how the day unfolded, although the shower didn't amount to much more than a few drops of rain. The relatively strong winds persisted, however.
A wander round the garden before breakfast produced a distant Short-eared Owl and a close Snipe.
Wren was, again, strutting his stuff!
After breakfast I walked up the lane. The fields round the lane are used by nesting Corncrake, Oystercatcher, Redshank and Lapwing and this, in turn, attracts predators in the form of Buzzard, Hooded Crow, Short-eared Owl, gulls and, occasionally, Hen Harrier. On this occasion, I spent most of my time photographing the prey species, rather than the predators. 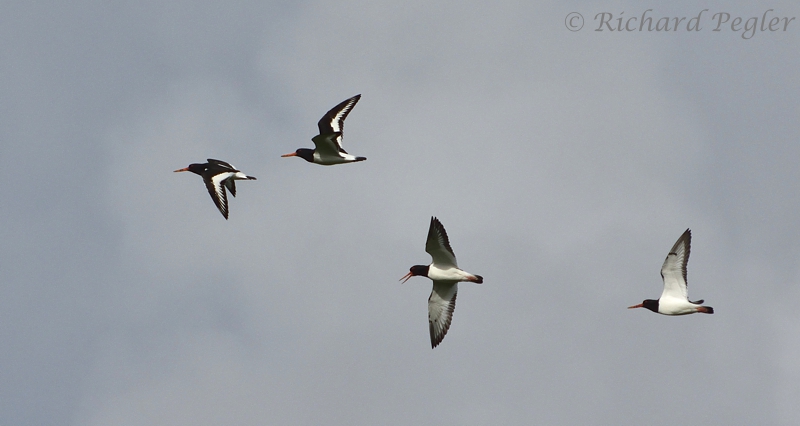 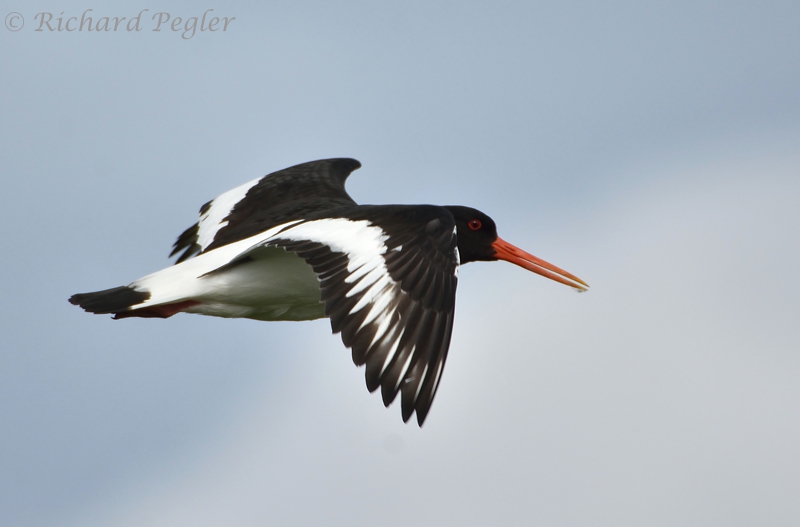 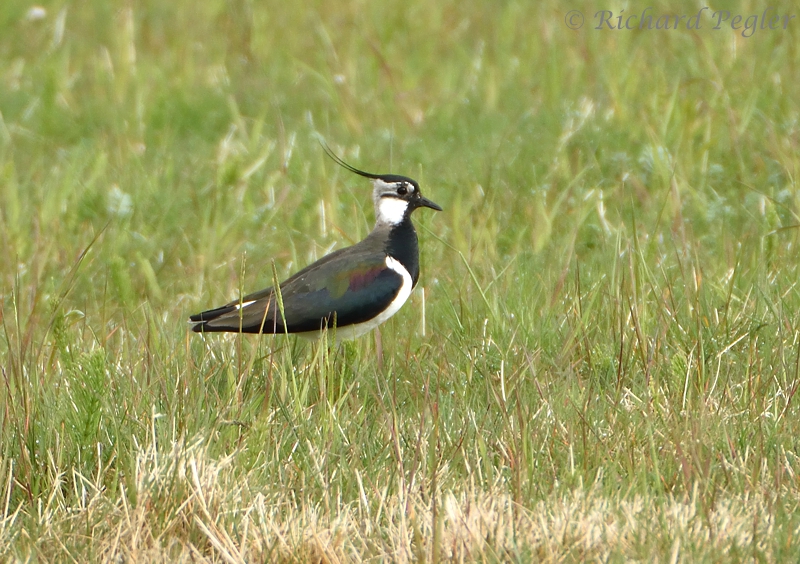 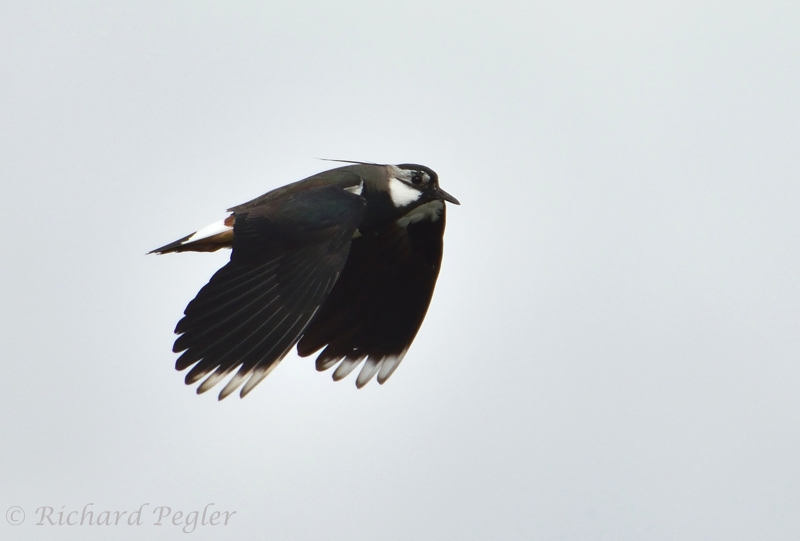 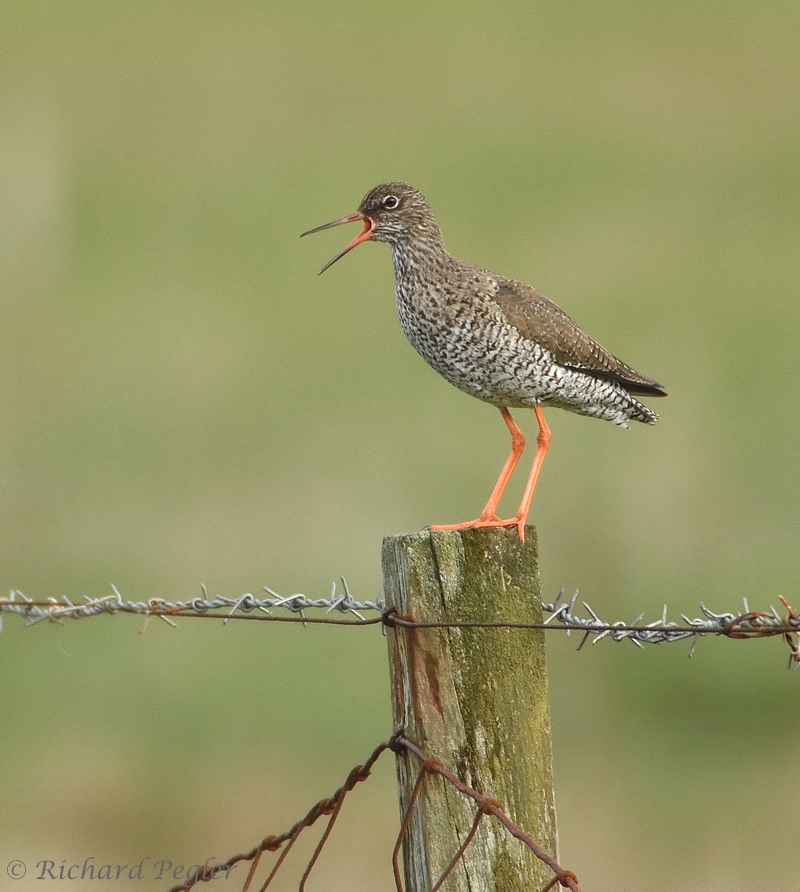 Back in the garden I took some shots of Green-veined White  butterflies.
The main mission for the day was to find a beach or two that Lindsay could access with her bad knee. However, a little birding was on the agenda too!
Shortly after joining the main road (still single track with passing places!) eagle-eyed Lindsay spotted a deer on the horizon on the adjacent hillside.  It was munching away with its head down behind the horizon. In the end I  resorted to a quick beep of the car horn, and up came its head, together with two other deer! Roos, in Belgium, has advised that, rather than a young deer, she thinks that it is a deer in moult - I think that she's correct. Thank you, Roos!
On the Committee Road, we saw a Short-eared Owl which settled on a roadside post but I  couldn't get near enough for a good shot. 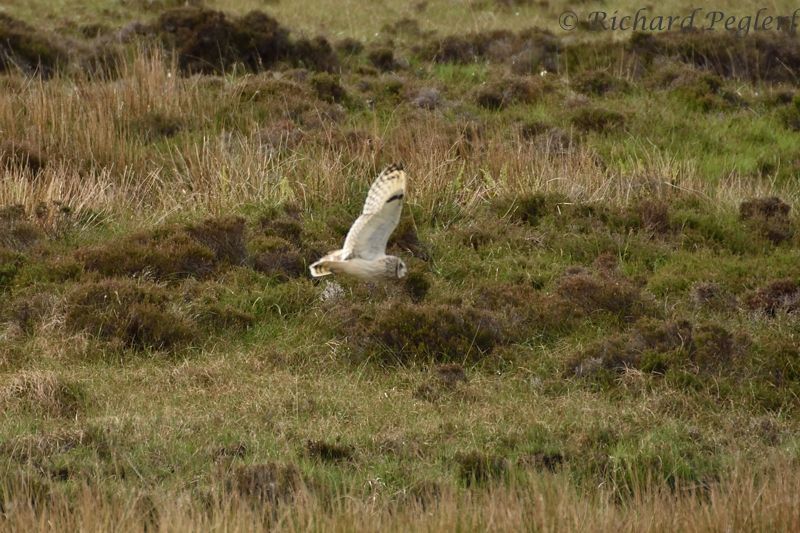 Having topped up the fuel in the car at the most expensive price I  had ever encountered, we set off for the RSPB reserve at Balranald. Here, I found a spectacular male Wheatear, and Lindsay found she could access the beach. I also photographed a few birds here. 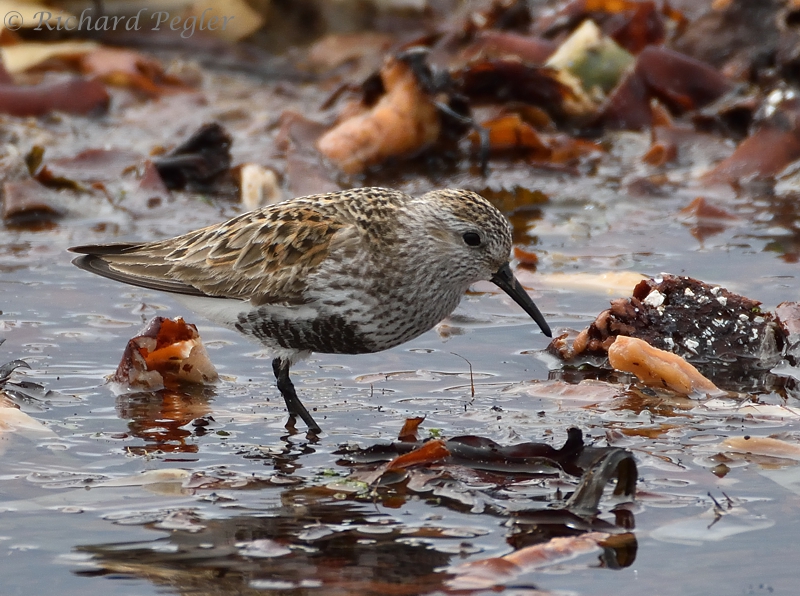 We stopped at the Wee Cottage Kitchen for lunch, where the scallop and black pudding roll that I  had was excellent, and Lindsay enjoyed sweet potato and chilli soup.
The next stop was to pick up a little shopping at the Co-op and then, on the road from Sollas, a Meadow Pipit was obliging.
Nearby was a male Stonechat. We'd been seeing far fewer than usual, so here's that one.
Having stowed the shopping away back at base, we went to try out another beach for Lindsay.  This time, it was the local Clachan Sands (beach, rather than road), and she managed really well.
Back at base, before tea, a couple of Snipe flew in just behind the cottage garden, however, only one showed itself, and then not very well.
On the wall of the cottage was a sinister-looking fly. From its appearance and the fact that it was pointing downwards, I am confident that this was a snipefly, although I do not know of which specific species.
After tea, I spent about an hour and a quarter a few hundred metres up the lane beyond the cottage, and was happy to have four sightings of Short-eared Owl.
The predators were making a nuisance of themselves and being mobbed by the parents of their would-be prey.
It was the Short-eared Owls that were the star turn that evening and, although they only perched at a great distance, they did occasionally fly a little closer and I did get some shots which I think capture the characteristics of this wonderful species. 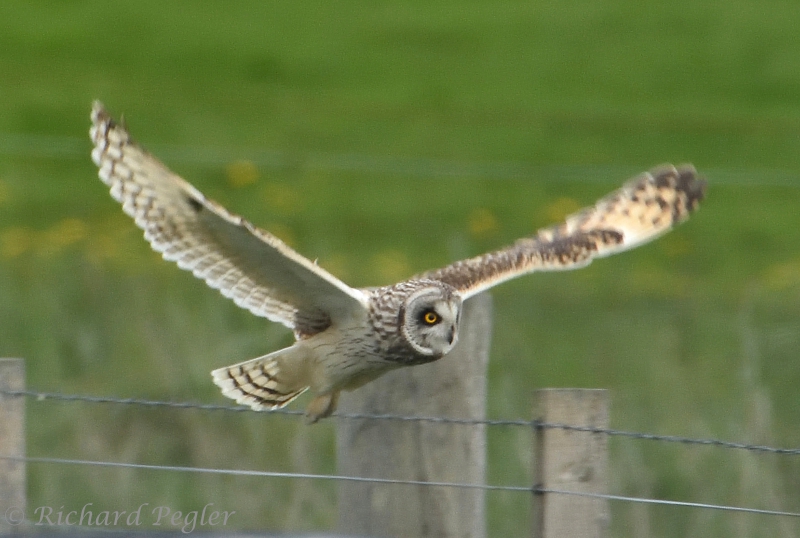 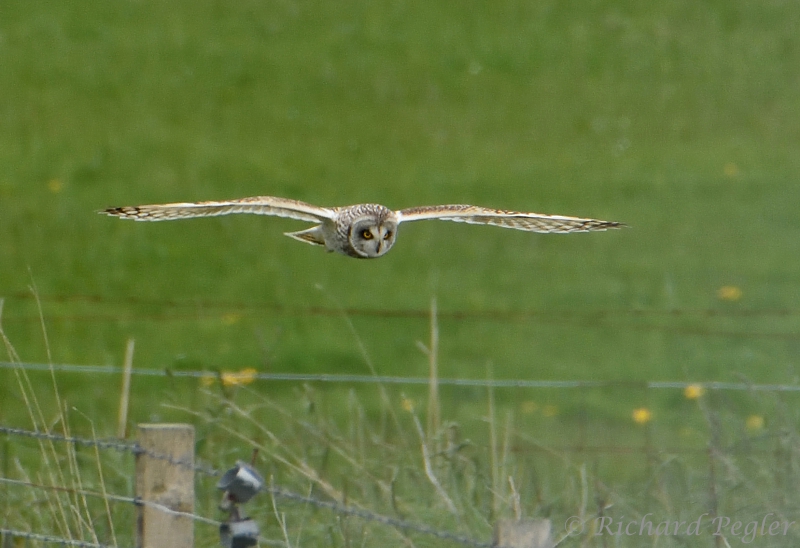 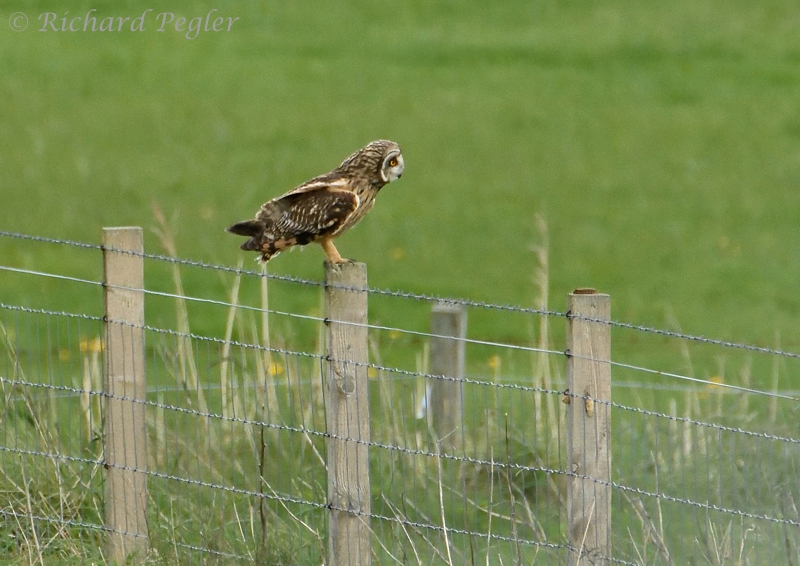 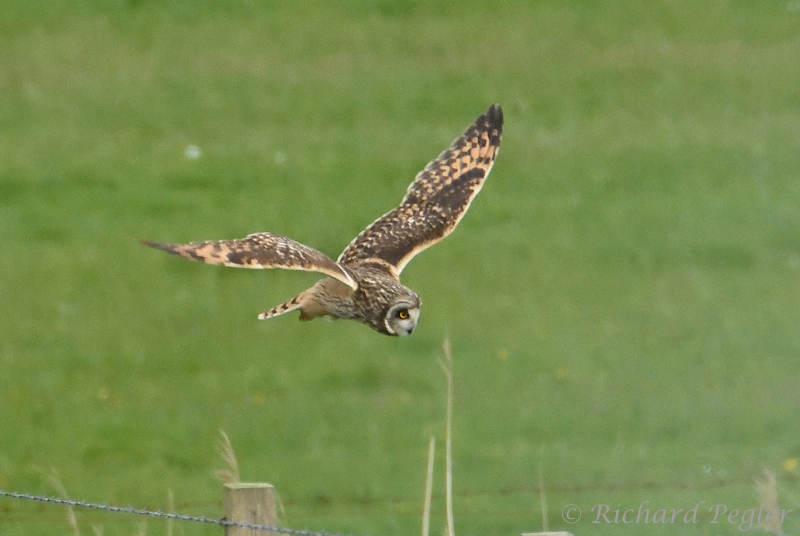 Although no rarities had been seen, it had been a splendid day.
That night, my portable moth trap went out. Last year, when I deployed it here, it caught absolutely nothing! My fingers were crossed for a better result this time.
In the event, I ended up with just two moths - a Puss  Moth, and a Grey Scalloped Bar which was a first for me and, I suspect, more than a little uncommon in those parts.
This brings me to the end of Pt.2 of my report. Hopefully, Pt.3 will follow in about a week's time. In the meantime, take good care of yourselves and Nature. Thank you for dropping by - - - Richard
Posted by Richard Pegler at 19:17