For several years now it has become a tradition for my wife and I to have a picnic Christmas lunch somewhere in the countryside, and then have our main Christmas meal in the evening. This year we had planned to go back to Cannock Chase. We went there for Christmas lunch in 2008, and spotted a Hawfinch - reporting that on Birdguides was something that I've regretted ever since as it became virtually impossible to get near the place for a few months, and there were even some physical hostilities between 'locals' and birders (who seemed to think that they had the right to exclude non-birders from the area!) .

This year we were worried about the road conditions as our route to the Chase is 50% along country lanes, which were still covered in snow and ice. However, on Christmas eve, I had to go out that way to get some wild bird food and found that the roads were quite passable with care. On this journey the roadsides were full of birds. I managed a shot of a Kestrel on a post. 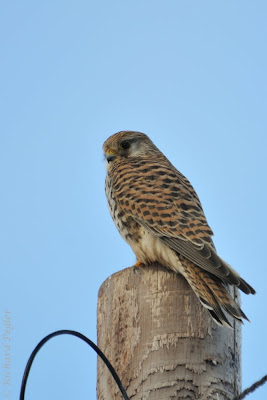 Kestrel (female)
Further on I found a sizable flock of Skylark in a snow-covered field, but the photos (into the sun) are not usable.

Anyway, our journey on Christmas day was quite uneventful, but with plenty of Fieldfare and Redwing being seen along the way. We arrived at the favoured parking spot to find that we were the only people there. We decided to start our Christmas lunch immediately, whilst it was quiet. Within a few minutes a magnificent Fox came into view, and started foraging around where we had parked, giving us excellent views. 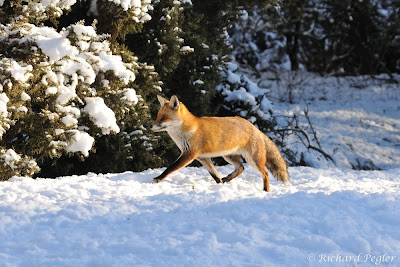 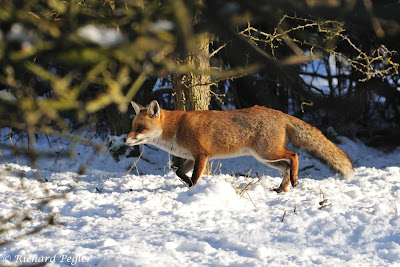 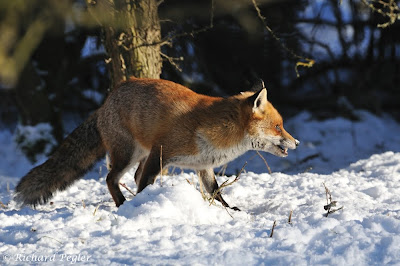 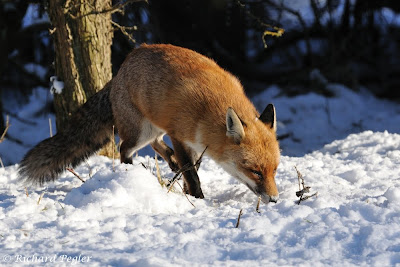 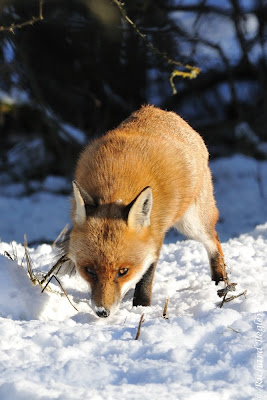 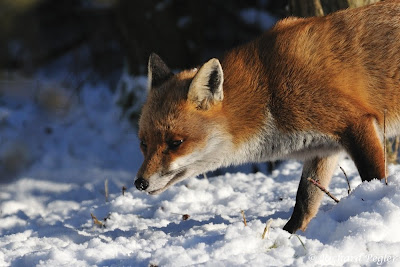 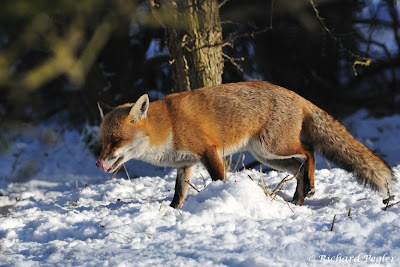 Fox (female)
As we arrived, we had noticed a solitary Fieldfare, which was avidly guarding a bush of berries against the numerous Blackbirds in the area. It was so busy doing this that I managed to get reasonably close for some photos without disturbing it. 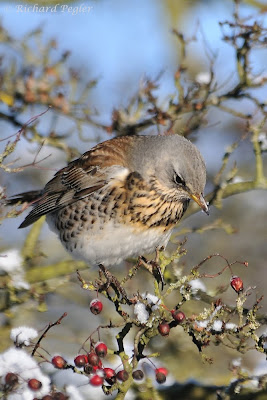 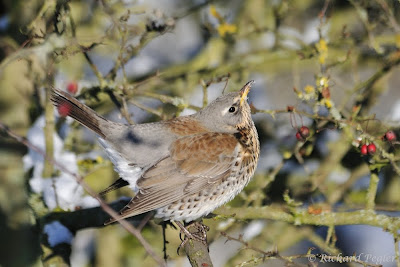 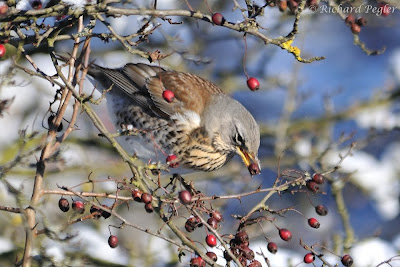 Fieldfare
Of course, Christmas lunch would not be complete without a Robin in attendance! 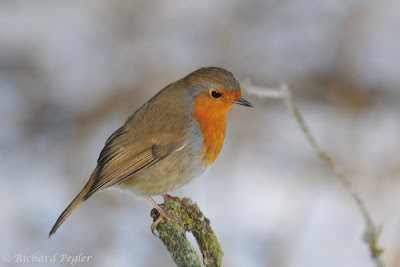 Robin
The occasional Redwing kept popping up in a distant bush, but never came close enough for a satisfying image. 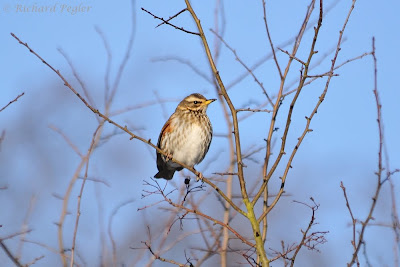 Redwing
The Bullfinches were there as usual, although they didn't show until we'd been there for nearly an hour. 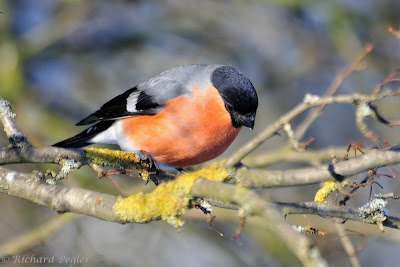 Bullfinch (male)
Towards the end of our visit, a small herd of Fallow Deer arrived near our car - a lovely way to end an excellent Christmas lunch! 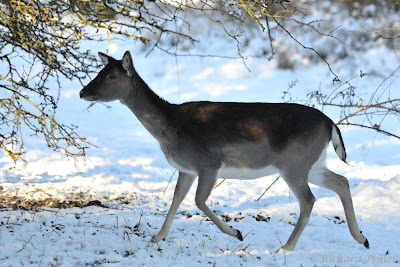 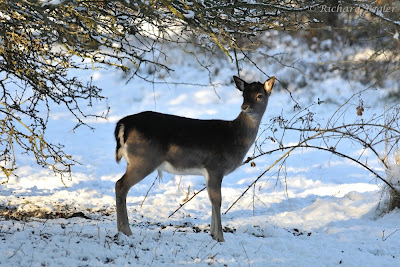 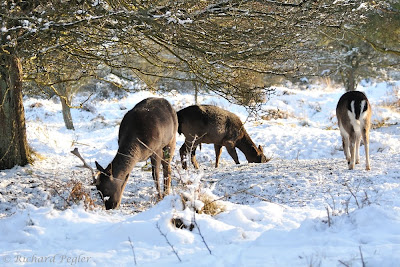 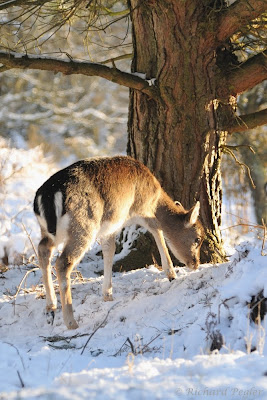 Fallow Deer
On the way home, we made a small diversion to see if there was an Owl out at my Little Owl site No. 15. There wasn't, but this Kestrel was on a post, feeding on a bird - you can just see its upturned feet under the backside of the Kestrel. There was a cloud of feathers as the Kestrel flew off. 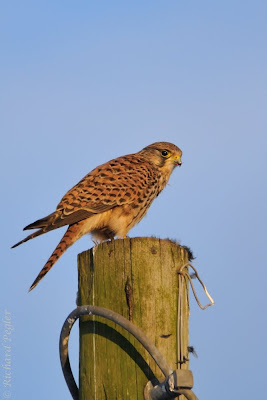