It's been a bit of an odd past few weeks for me, for reasons which will be understood by some of my readers. I've been out on the odd occasion, somewhat half-heartedly, but with little success However, this week I decided that it was time to try and get back into some relatively serious (for me, that is!) owling again.

On Monday evening. I went to the house of some good friends who have a couple of Barn Owl boxes in their garden. One is currently occupied by a female owl, who is looking after four chicks. The other is the daytime roost of the male, who is having absolutely no problem in keeping his family well stocked with food.

On Tuesday evening I was off to my Little Owl site No.24, where I have yet to get a decent image of a LO. I sat there in my hide for three and a half hours, during which time I ended up with a numb backside, and only got very distant sightings of an owl. However, a couple of Red-legged Partridge were scratching around on the ground, and a Brown Hare came within two metres of me. Unfortunately the Hare came from behind me and took me by surprise (no, not like that!), and I couldn't get my camera in position for what would have been an amazing shot before he shot off round a corner. If only I'd had a decent head on my tripod! 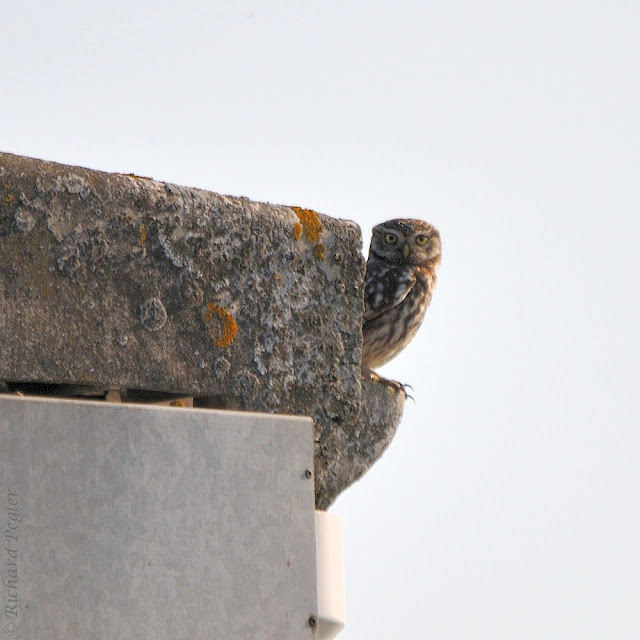 Having been forced out of my hide by discomfort, I went off to chat to the farmer. Whilst we were chatting we had very distant views of a pair of Mandarin in a tree.

On Wednesday evening, armed with my new Manfrotto 393 gimbal head (which arrived that morning) on my tripod, and a new scrim net to keep me even better concealed in my hide, I set off for my LO site No.18. On my way there, the sun went in and it began to mist up a bit. Fortunately, when the owl popped out, there was still plenty of light and I got a few shots that I'm quite pleased with, although not as good as those from my previous visit here. I didn't really get to use the full capabilities of the new head as the owl arrived exactly where the camera was set up for! 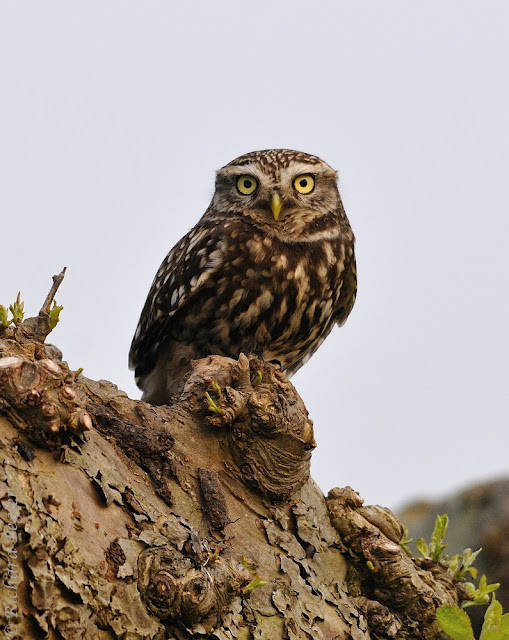 The owl only stayed a few seconds and then departed, returning a short while later, when it kept itself out of view as it entered the nest hole. As it was getting more misty by the minute it was time to pack up and go home.

Thursday had me doing an evening turn of duty with the Rutland Ospreys. I was accompanied by my Barn Owl friend, who will remain nameless (he's, understandably, very cautious about not publicising that he has the owls, and the security round his garden is not to be messed with!), and we had a most enjoyable evening, although the direction of the bright sunlight and the heat haze made viewing the Ospreys difficult. Photographically I had to content myself with the nearer Reed Buntings and Sedge Warblers, although they didn't get very close either. 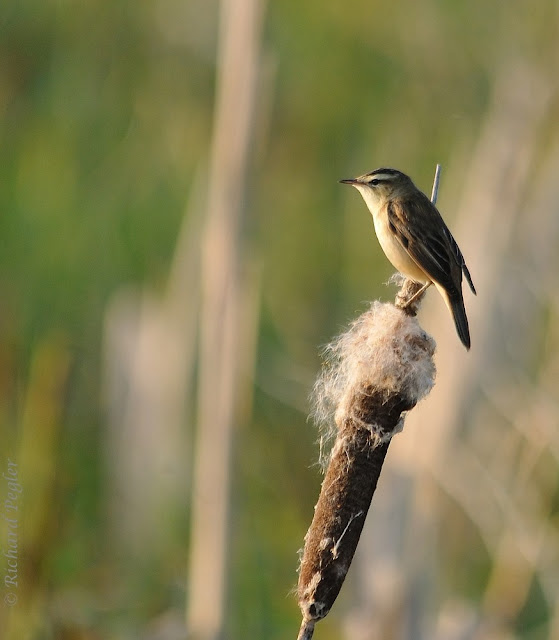 That night, on the way home, we saw a Barn Owl which flew across the road in front of us and, a little further on, a Little Owl on a distant barn. I'd got all the way to 4th May without seeing a Barnie in 2012, and now I'd had my fifth sighting over three different sites in less than three weeks!

I'll finish off this post with a couple of images that I took at Rutland Water two weeks prior to this - the second is a poor quality image, but one that I was pleased to get of a female Stoat carrying her young between nests. 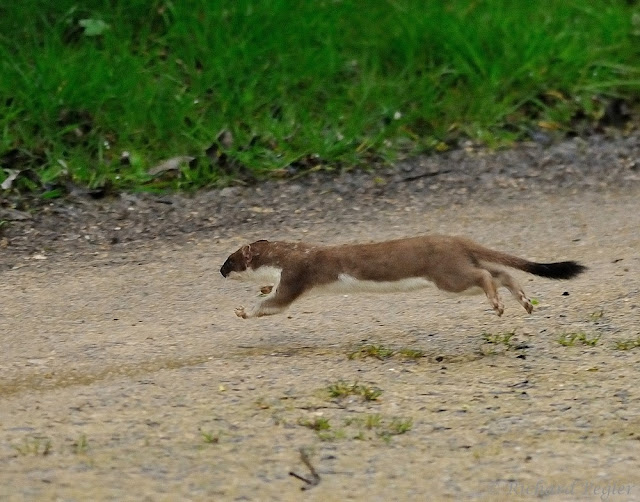 And finally, a backlit Hare at Staunton Harold a couple of days later, which was all I ended up with after three hours in my hide waiting for a Little Owl which never appeared!