I'd had a pretty miserable morning and start to the afternoon, so decided to go out and sample some of this strange thing called sunshine that we'd not seen for a while. My Little Owl site at Staunton Harold didn't yield anything so I set off for a farm near Shepshed where I'd put up a Little Owl box, as the farmer was trying to entice the owls from their present nest so that he could dismantle the structure that they were in (so far nothing happening). No owls were seen, possibly because it was a bit exposed and windy at the time. As there was still a bit of sun around, I decided to go to my LO site near Oaks in Charnwood, where it's a bit more sheltered. It started to rain as soon as I got there, and I nearly said 'sod it!' and turned back home. Fortunately I didn't, but set up my hide opposite the nest tree.

The nest tree on this site has three visible holes in it - one small, one medium and one large. Last year, when I first found the site, I spent time watching all three holes. It was mystifying, as I kept seeing birds coming and going, but never saw one enter or leave a hole. Then one day late last summer I watched a juvenile sitting in the entrance of the medium sized hole. Eventually it left the hole on foot - and promptly disappeared! I was getting more perplexed. It was only when the leaves were off the tree in the winter, and the landowner had pruned the tree a bit, that all was explained - there was a fourth hole in the top of a large horizontal branch.

Arriving at about 17.00, and no owls being seen, I set up at a point where I had a good view of this fourth hole, and also the larger hole, with the sun being directly behind me and on both holes. I'd made my mind up that, if nothing showed, I'd probably go at about 19.00 as the light would be gone by then - but it wasn't! Deadline extended by half an hour, and still good light at 19.30 - and, as if it had also been watching the clock, an owl emerged and sat on the edge of the fourth hole!

I banged off numerous shots, hoping that the bird would do something exciting, but it just gazed about between long periods of examining me in my hide. After what seemed like an eternity it just popped back into the hole. When I look at the data this episode was, in reality, only two minutes from start to finish. 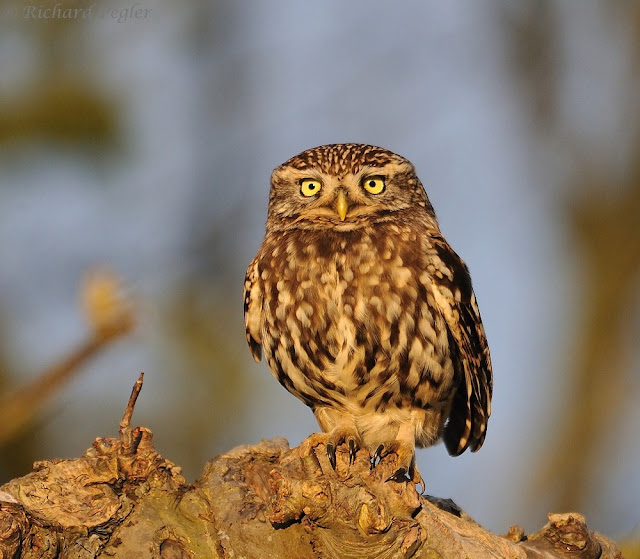 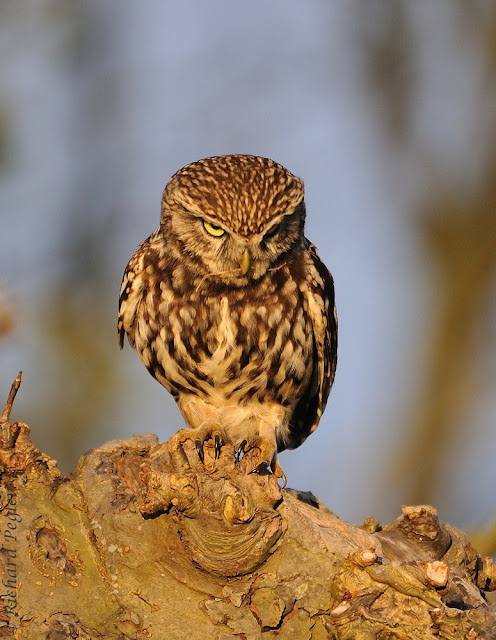 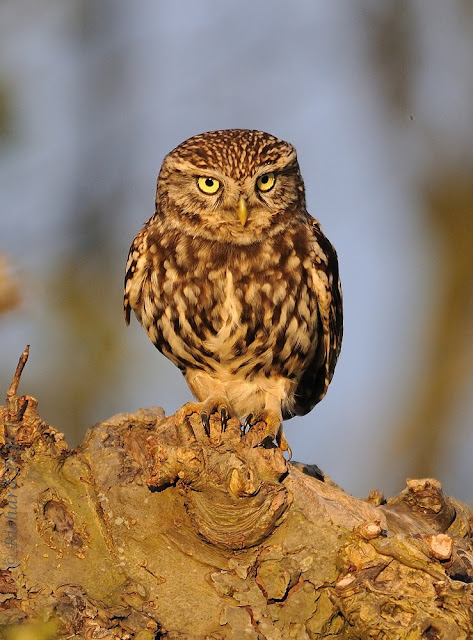 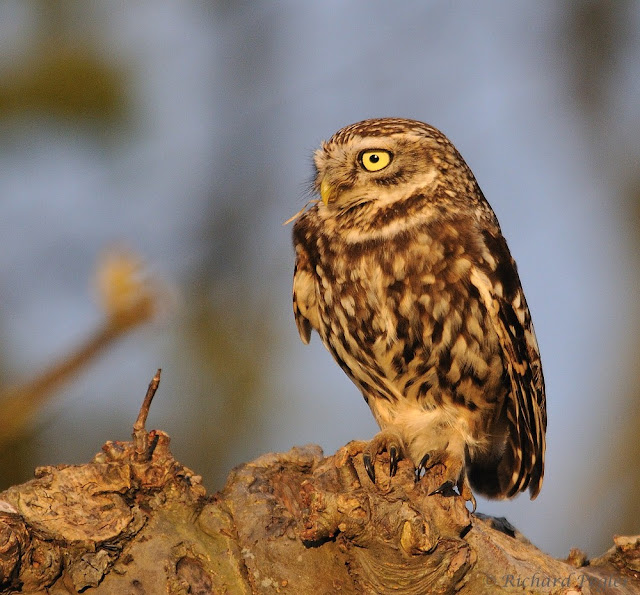 I thought that I'd stick around for a while in the hope that the bird would emerge again and do something different. However, within just a few minutes, my gaze was diverted by something going on through a gap in the hedge behind the nest tree. By just dropping the angle of the camera by about 10 degrees from where it had been pointing at the owl, I had a pair of Mandarin in view! Unfortunately it was only a small gap in the hedge, and intervening twigs made it hard to focus. Knowing how easy it is to spook Mandarin, I think that I'm lucky that the hedge was between us, and that I was in a hide! 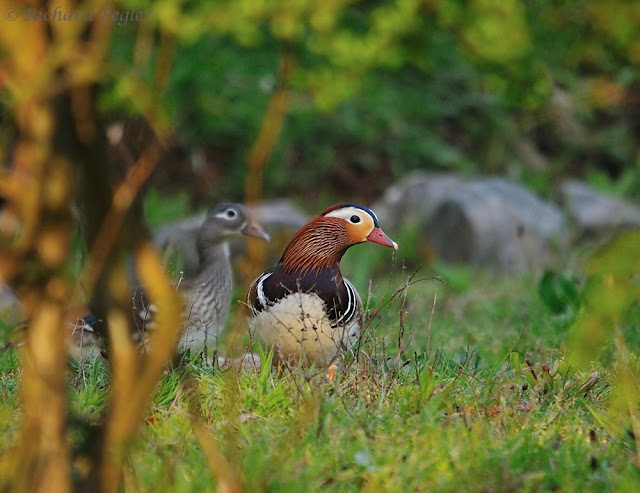 So, without moving a muscle, I achieved my best ever LO images from Site No.18, and my best image to date of a drake Mandarin (although there's a lot of room for improvement!). By 20.10, the light had gone and it was time to go.

After all this excitement, I had the wind taken out of my sails a short while later. On my way home I called into the drive-through facility of the 'Scottish Restaurant' to buy my evening meal, and was asked to park up while they cooked my meal from fresh. After ten minutes it was brought out to me, but it was only when I got my cheeseburgers back home that I noticed that the 'yoof' behind the window had identified me on the receipt by writing the last three characters of my car's registration and "old man with glasses".
Posted by Richard Pegler at 16:18