My posts have been a little thin on the ground lately, but I haven't been totally idle on the bird watching and photography front.

Other than those photos already published, there have been a few other sightings during April.

I'd not seen a Little Owl at my Site No.17 for several visits, so I was delighted to find both owls out and about when I visited on 13th, even though they did not present themselves for decent photography!

My second-ever Little Owl site, No.02, continues to be one of my most faithful, and my concerns after finding a Barn Owl in the nest building have proven to be unfounded. On 17th April one of the owls was out on the edge of one of the holes in the roof.


On 30th April, as I arrived at my local patch, one of the owls at No.02 flew from a point unseen into a nearby tree. It was quite well hidden, but I spotted it!


Whilst I checked to see whether I'd got the camera settings OK the owl disappeared, unseen by me! I set off down the public footpath, turning to look into the opening in the end of the barn as I passed, and spotted an owl up on a beam inside the roof. Now I always have difficulty telling the two owls apart at this site as they are extremely similar in appearance. I'm not sure if this was the owl originally seen or whether this was the second owl (although I suspect the latter, as the original owl was more likely to have flown off down the lane when it saw I wasn't looking). I usually compare head markings but the photographic evidence is inconclusive in this case!

One of the hazards that I'm running into at the moment is cattle in fields. I used to be quite blasé about being in a field with them, but I've heard so many stories of late about people (even farmers) coming to a sticky end, that I'm now quite cautious. Access to two of the sites on my local patch was impeded for some time as it meant crossing a field containing cows with calves. On 21st April I just managed to get into the field containing my LO Site No.30 before the stampeding cows arrived at the gate behind me!! In the event, it was barely worth the risk as the owl was (as it usually is!) in a dreadful position for photography, and I had to make one heck of a long deviation to get back to my car without encountering the cattle again. One day I'll get a decent shot from this site!

I was up this way again on Thursday, and the field that had the cows in was empty, giving me free access to my LO Site No.11. However, they are now in the actual field which has my Site No.30!

Also, on that last day of the month, I was delighted to spot a Little Owl at my Site No.03. This was the first sighting since November last year. This owl was also hiding quite well. 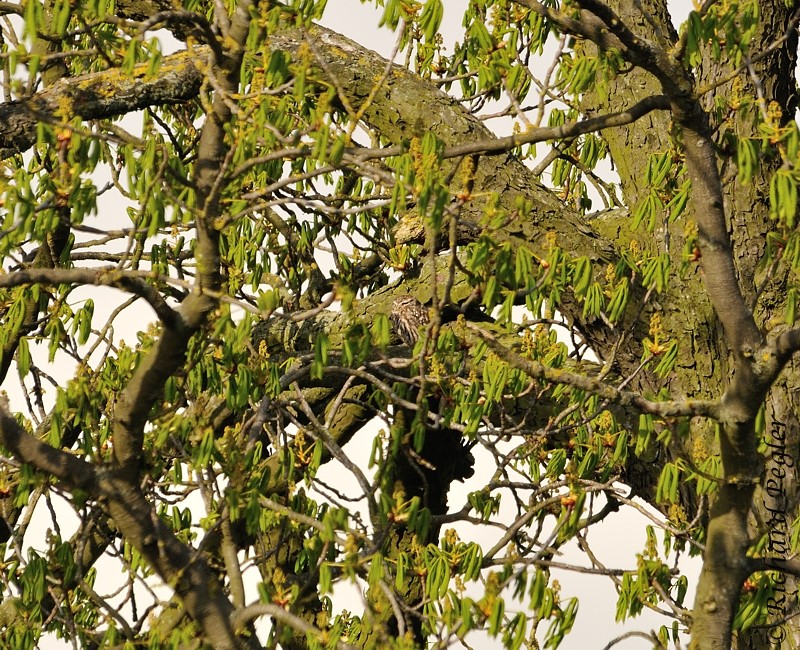 Since my previous post, I have now (unfortunately) confirmed that both my Little Owl Sites Nos. 34 & 36 have been taken over by Jackdaws. However, I did also manage to find the nest site for my new LO Site No.40, but just missed getting a photo - fingers are now crossed!!

One of the reasons why I've not got so much birding in during the past few weeks is that I've been busy in our garden. I'd been conscious that some of my images showed the garden fence in a deplorable state, and the garden absolutely full of weeds. The birds didn't mind these things, but it was a little embarrassing for me!

Things have now got much quieter in the garden with, it appears, all the winter visitors now having left.

The last sightings of Brambling were on 16th (when we had a pair) and 17th April (just a female), before the weeding had been done! 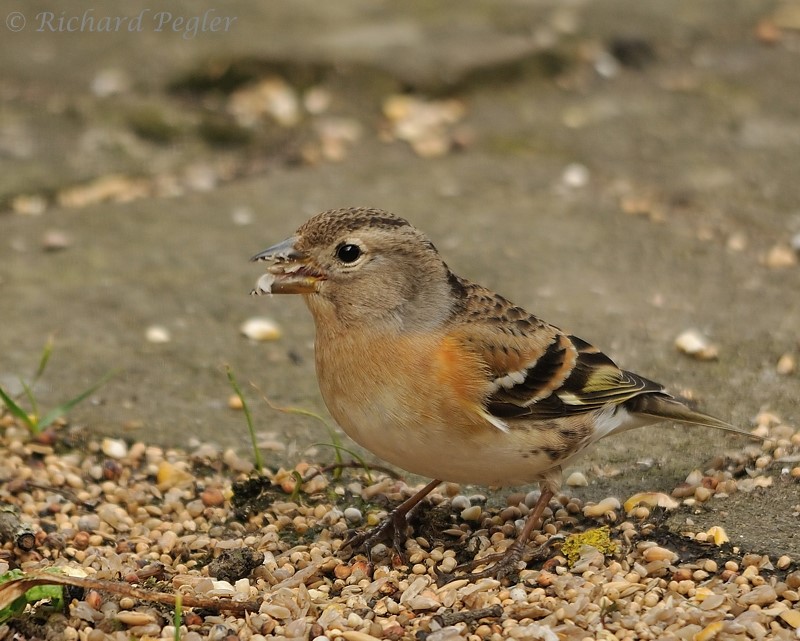 The last Lesser Redpoll was seen on 1st May, and the last Siskin on 29th April. We did have this male Reed Bunting visit us on 18th April. 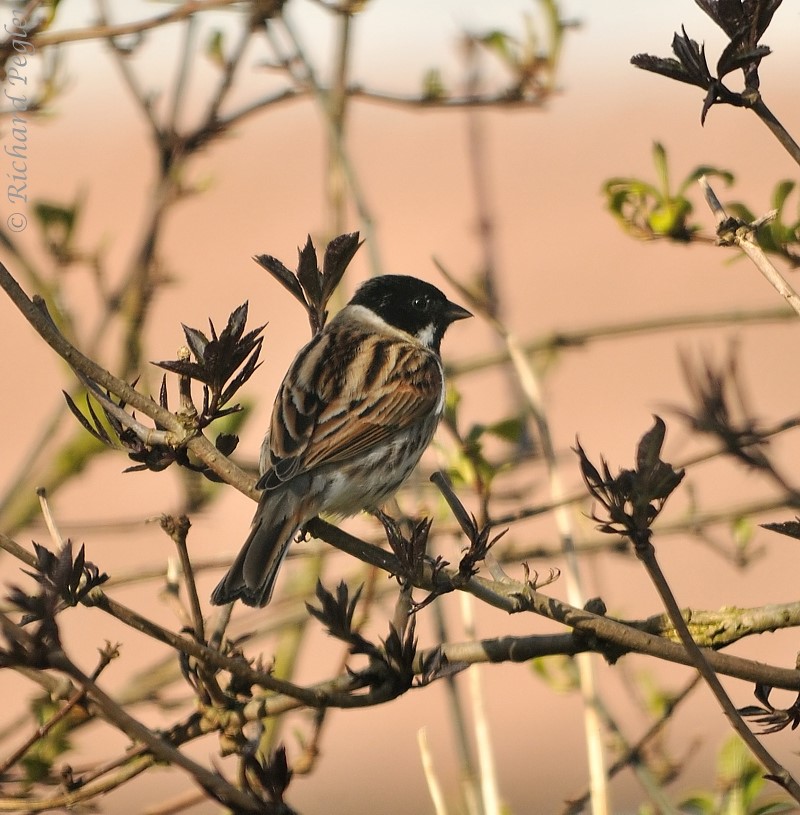 Last year we had a juvenile female Great Spotted Woodpecker visiting us on a 'several times a day' basis, and I got quite worried when she suddenly stopped visiting us. I'm delighted to say that she's back. I'm confident that it's the same bird as she had a particular way of approaching, and then fed exclusively on the fat balls (most woodpeckers will go for the peanuts). This time she started in this exact same way. However, she is now getting a little more adventurous and, in the last couple of days, has been drinking from both of our water supplies. Today she tried some sunflower hearts (but still no peanuts!). Here's a photo to be going on with. I'm hoping for better!

It's a bit of a blessing that we've not seen a Sparrowhawk on our garden since the beginning of April. The male with the aberrant spotting on the wings visited us on 1st April - you can see what I mean about the fence having been in need of some attention!.

If I'm to continue with garden photography, I'll probably need to focus on getting better images of some of the more usual birds. Here's a couple of some of the more colourful of our visitors, but with plenty of room for improvement with the images!!

Well, that's it for now. Off to do a bit of ironing, and then hope to get out tonight to do some owling! Thanks for dropping by.
Posted by Richard Pegler at 19:15