Lindsay and I have been away on a 10-day holiday to Scotland. We've been back for just over a week, but I've been busy processing the thousands (literally) of photos I shot whilst we were away. I apologise to my friends out in Bloggerland and Twitterville if I've been absent for a while - I hope to catch up soon.   I shall soon start working on a blog post or two which will cover our holiday but, in the meantime, here is a post which I wrote before we went away.

Heather - in this context, no, not a girl's name, nor the name of a flower emblematic of Scotland, but the name of a village close to my home and pronounced 'hee-ther'.

John was scheduled to be on duty at Rutland Water, but had to pull out for health reasons, and the forecast had me not wanting to wander far from home, so I decided on a revisit to a pond on the edge of Heather that I'd first visited seven days earlier, and which looked quite promising for dragonflies.

On the way, I called in at my Little Owl Site No.02. An owl was just emerging from inside the barn as I arrived, and ran along a beam in the remains of the roof. I thought he looked a bit guilty as he did so, and wondered what he'd been up to! 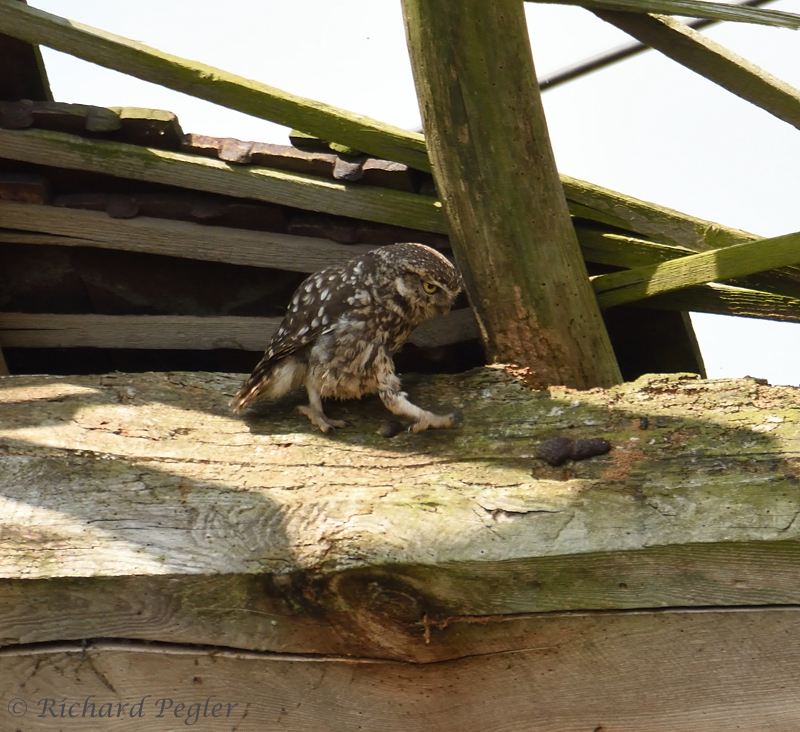 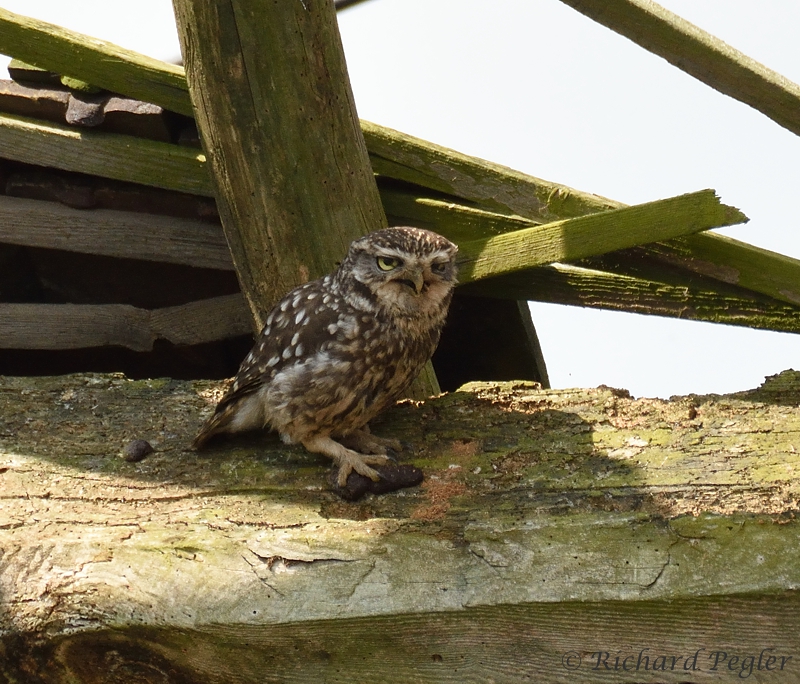 On arrival at the Heather pond I immediately spotted a mating pair of Azure Damselflies.

There were good numbers of Blue-tailed Damselfly around. The second one is an immature male as witnessed by the greenish hue to the thorax. On reflection, the first one looks is if it might not be that old either!

There were large numbers of Common Blue Damselfly around the lake.

As with my previous visit here, it seemed that, with every step I took, two or three teneral damselflies took flight out of the grass ahead of me and flew up at 45 degrees into the adjacent trees. The number was absolutely astounding! I did try to photograph some of these, but for me the problem was that they'd not yet taken on any colour, and I couldn't identify the species. 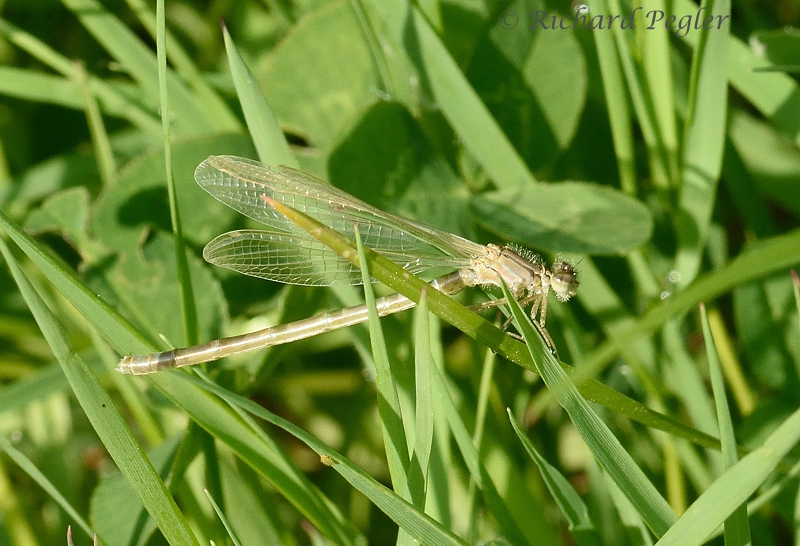 My suspicions are that both these images are of Common Blue Damselflies, with the first being a female and the second a male.

The real stars of the show were, however, the Four-spotted Chaser dragonflies, of which I saw four. One, in particular, was relatively obliging. Yes, I missed that damselfly exuvia until I came to process the photos! 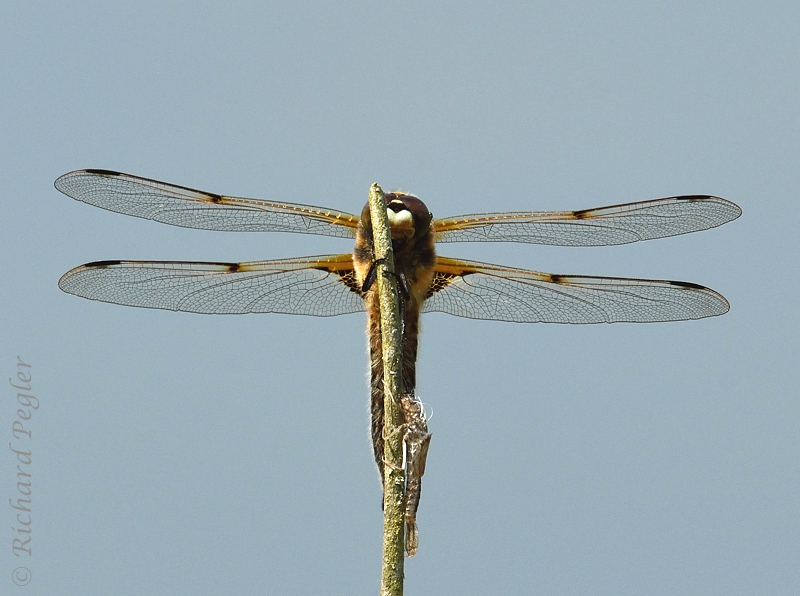 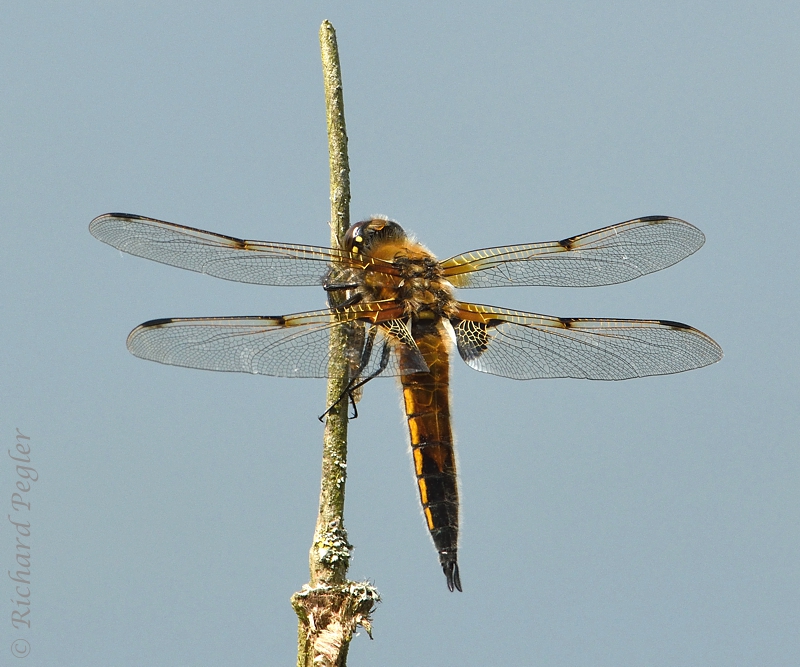 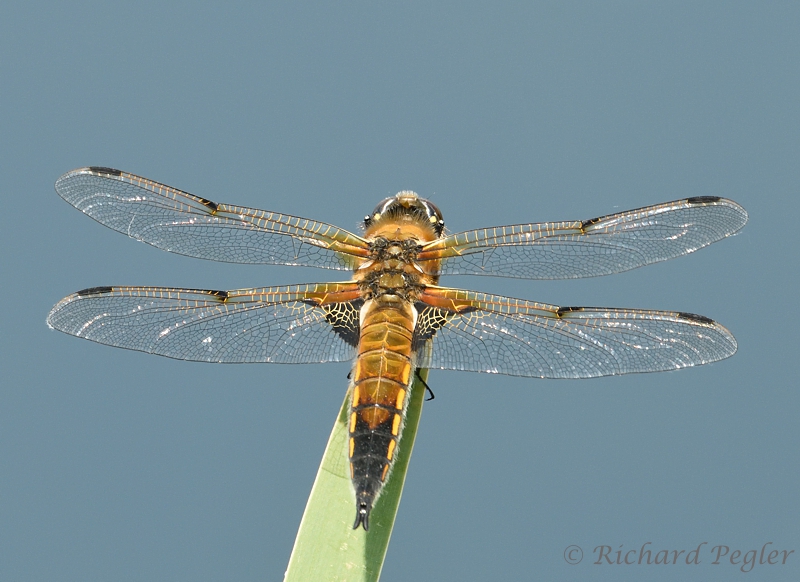 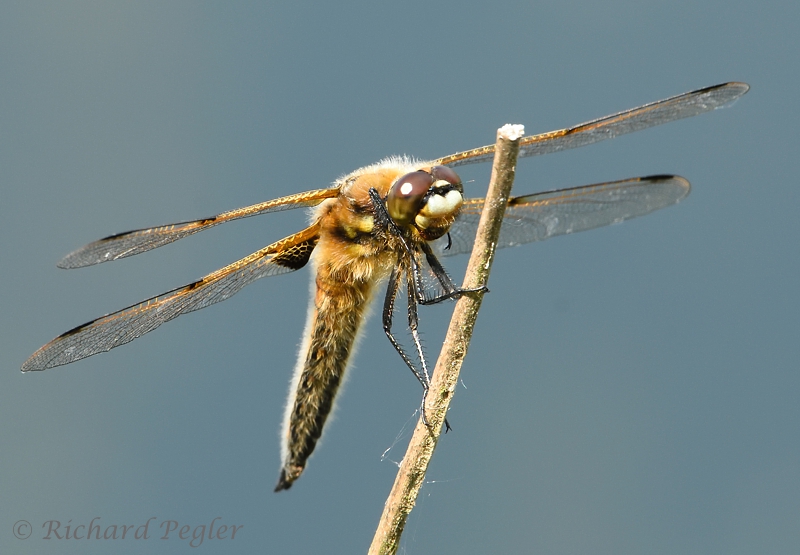 It had been a most rewarding and enjoyable hour spent by the lake, and I intend to return here to see what else turns up during the season.