Those of you who have been visiting my blog for a number of years will probably remember that it largely featured owls until around a couple of years ago. Partly through lack of investment in time to search out new sites, somewhat influenced by a decline in my stamina, but mainly due to a loss of owl sites due to destruction or predation, my sightings of owls dropped dramatically.

One of my main 'owling routes' was that from my home to Rutland Water which, as a volunteer on the Rutland Osprey Project, I used to take regularly. On a good day I could reckon on seeing between five and ten Little Owls, and only seeing two or three was considered a bad day. Last year it got to the point where I considered myself lucky if I saw one!  It will probably sound daft, but I found myself getting increasingly despondent about the situation and avoiding disappointment by staying away.

Just lately, however, I decided to put a toe in the water and see what was happening at some of my old sites. My first two outings drew a complete blank. However, I felt a visit to Rutland Water was in order to check out the dragonfly situation (I've done little in the way of Osprey duties this year), and resolved to take the old 'owling route' rather than the quickest route.

On my way, finding an owl on the barn at my Little Owl Site No.23 nearly brought tears to my eyes . 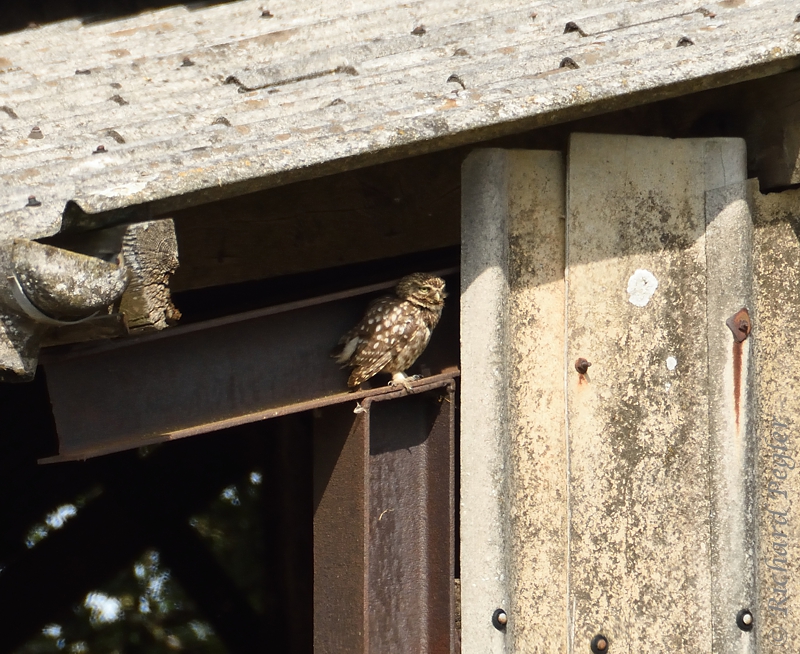 I had no further sightings before arriving at the Egleton Visitor Centre at Rutland Water. Here I bought myself a Double-Raspberry Magnum (for my overseas readers, that's a rather exotic ice-cream) in celebration, before setting off to seek dragons. I'd only just stepped outside the door when I heard a voice say 'hello Richard' and turned to see a face that I did not at first recognise behind a new beard - it was my old pal, Andy - the 'Hooded Birder'. We chatted, and he updated me on some of the owls he'd been seeing, as part of my 'owling route' is on a daily commute for him. This gave me the resolve to stay late at Rutland Water and time my arrival at potential owl sites as dusk approached.

I didn't fare particularly well at Rutland Water, my first hour being spent trying to photograph Southern Hawker dragonflies in flight. The effort wasn't helped by the location being in shade and the water surface being 'muddled' with complex reflections from the surrounding trees .

I totally failed with with the hawkers in that area, but did get some shots of a Ruddy Darter dragonfly and a Comma butterfly.

Heading further on the southward side of the Visitor Centre didn't reveal anything of interest, so I set back and then took the trail to the north of the Visitor Centre, dipping into some of the hides as I progressed, but without any decent sightings of anything. It was a bit breezy and the first damselflies I saw on this side of the Centre were by the hedge alongside the eastern edge of Sharples Meadow.


I ventured as far as Buzzard Hide, near where I saw this Small Tortoiseshell, before turning back towards the Visitor Centre.


Beside Sharples Meadow again,  I noticed a Brown Hawker dive into the hedge, closely followed by another. I managed to find one of them, but not the other.


Further along, I stopped to photograph a female Ruddy Darter. 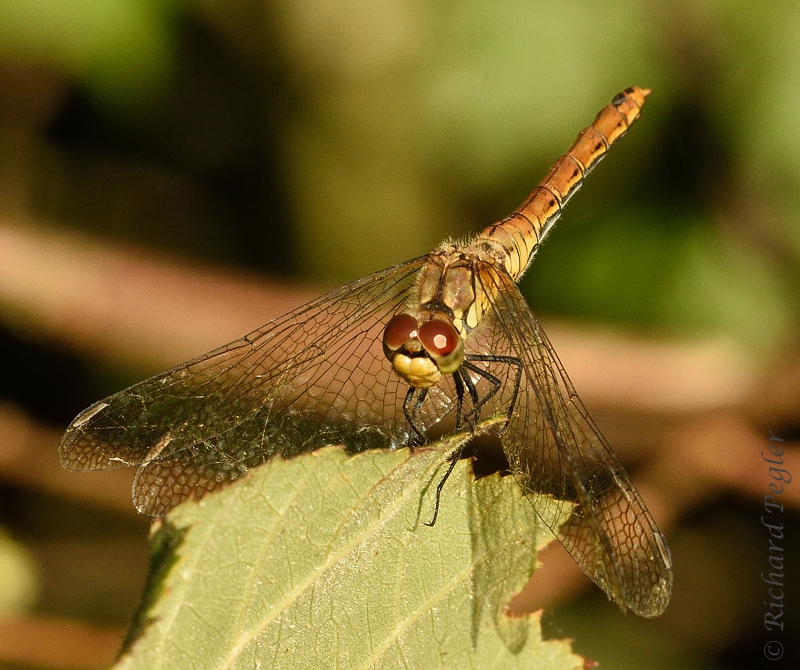 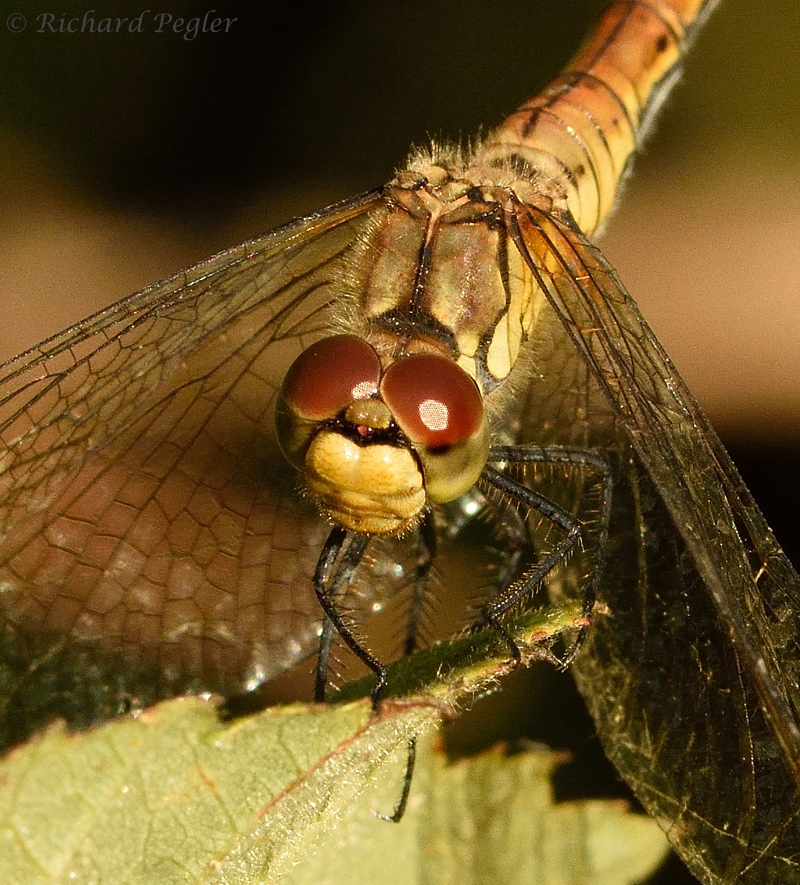 At around 19h30 I set off homeward via my owling route, stopping for half my picnic evening meal at my Little Owl Site No.42. Here I spotted a juvenile LO on the door of the barn. Wandering along the grass verge of the busy road, I took a few photos of this bird. 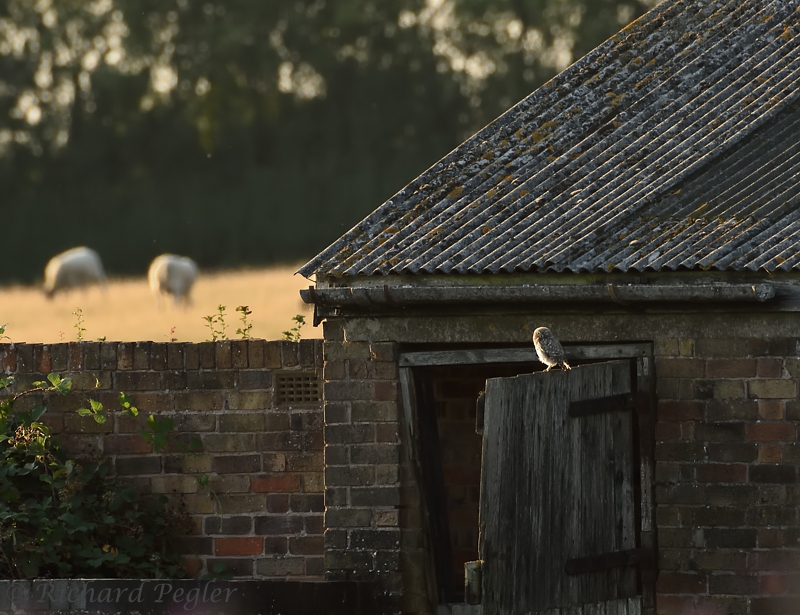 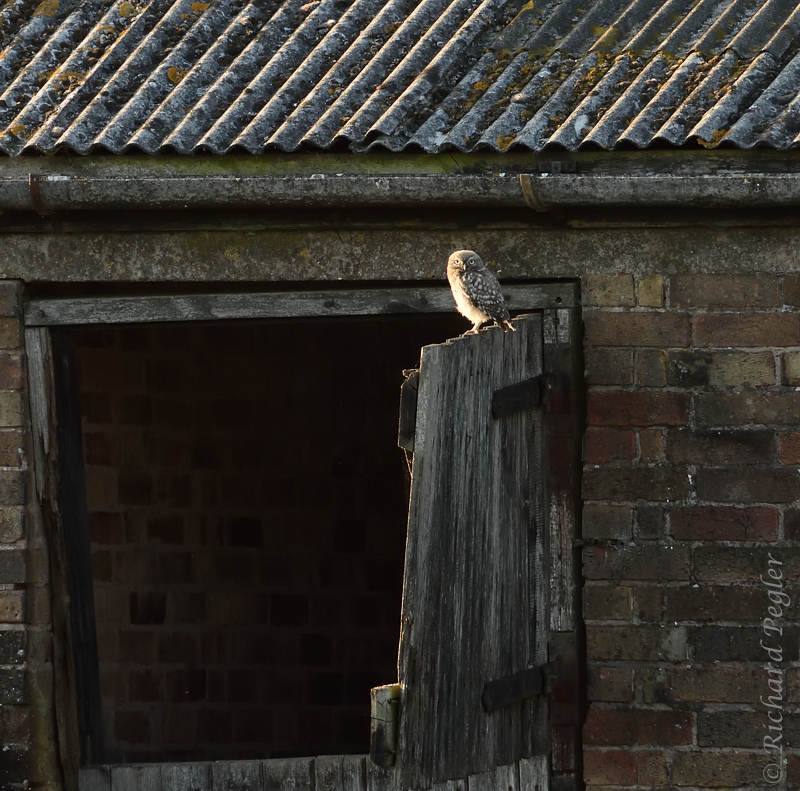 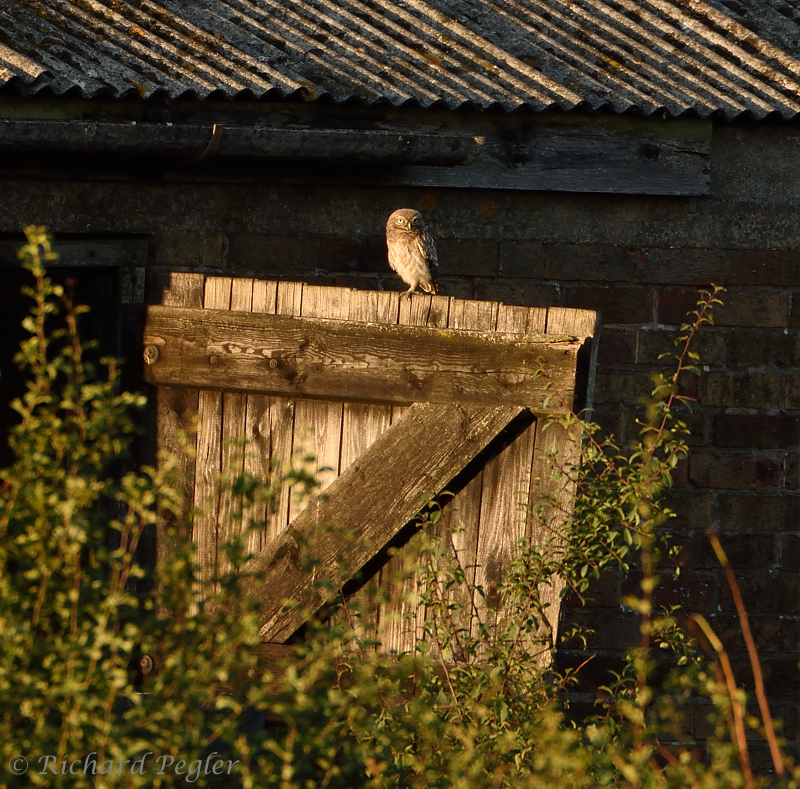 I got back to my car to find a second bird had appeared on a fence post behind the barn. This was 130 metres away (measured on Google Earth), and I only had my butterfly binoculars with me so couldn't make out whether this was a juvenile or adult.


I had the second part of my picnic at my Little Owl Site No.34. Here I found an adult LO.


I then noticed another LO in the next tree down, and took a 'record' shot, before going down the road to try and get a shot from a better location. This is the 'record shot' of what I subsequently found to be a juvenile.


Having gone down the road, I couldn't relocate the second bird. Meanwhile the adult owl was being quite active, but now at a greater distance. 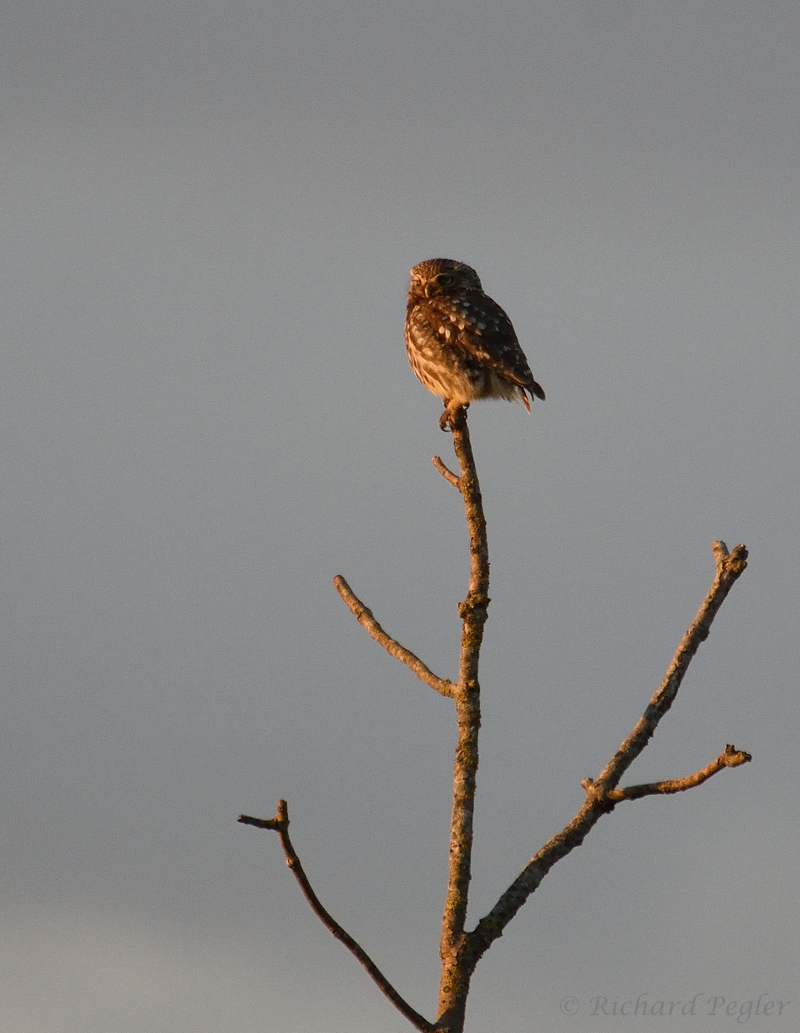 Eventually I did manage to find the second bird, and determine that it was a juvenile, but didn't succeed in getting a shot that was significantly better!

My last Little Owl sighting of the day was back at my LO Site No.23, where the owl was now out on the apex of the roof, and it was getting rather dark by then.


Thus ended a truly heart-warming day - my first 5-owl day since April 2017 - although the photo opportunities hadn't been that great. My thanks to Andy for the tip-off information - I hope to see you at Birdfair at the weekend.

I think I'll probably be back to dragons for my next post.