The European Hornet (Vespa crabro) is Europe's largest native eusocial wasp. It is rarely aggressive, unless threatened, but is said to have a sting somewhat more powerful than the Common Wasp (Vespular vulgaris).

It has now got to the point where, on a sunny day, we'll probably have a few sightings.

When I came to check what I'd got in the moth trap that I'd put out the previous evening, I found a Hornet in the trap. It had been eating the moths - as witness, much debris in the bottom of the trap. 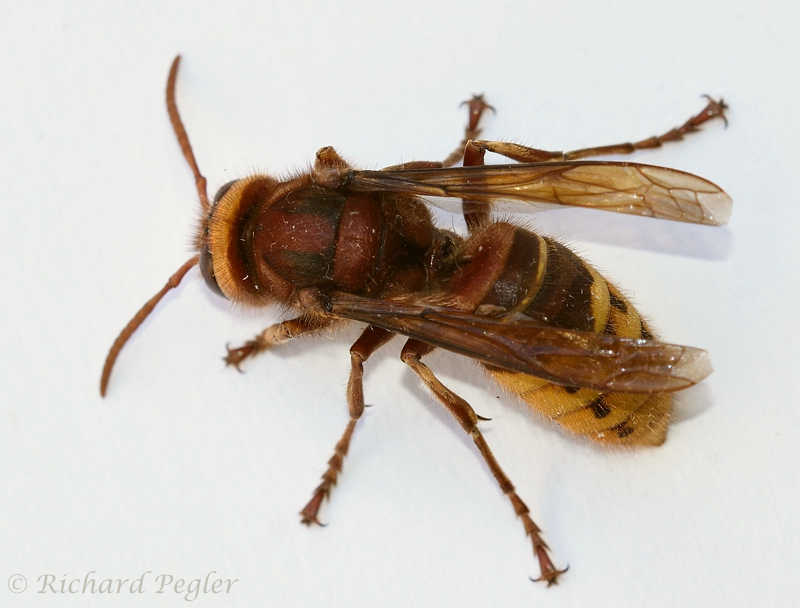 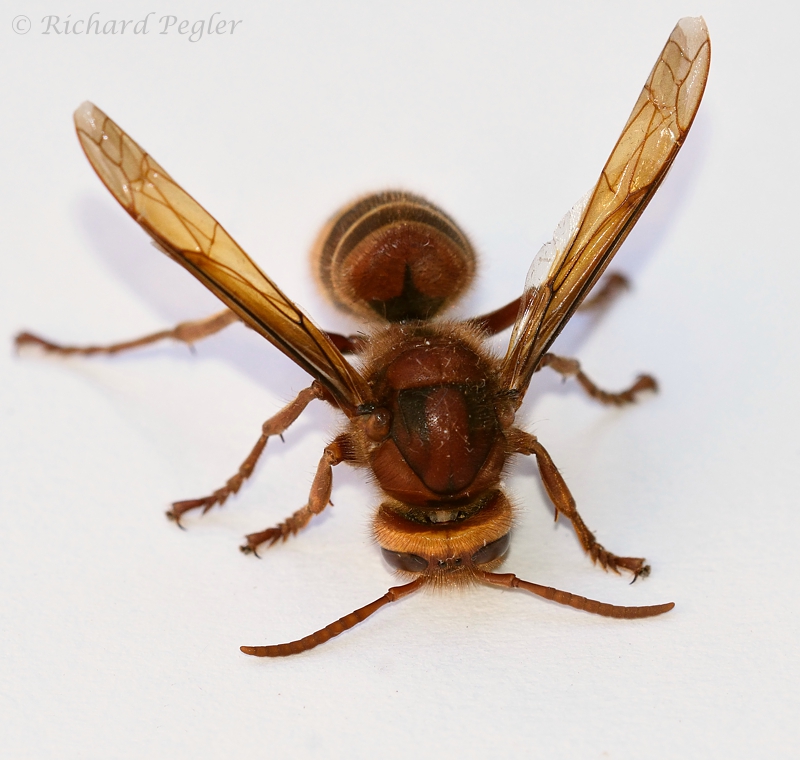 It can be quite difficult to photograph Hornets, as they are usually on the move. On this day, however, I spotted one land on a section of one of my bird feeder set-ups, and it stayed there while I went to get my camera. It was scraping rotten wood and rolling it into a ball, presumably for for nest-building purposes. A Hornet's nest is a magnificent structure, made of paper-like material created by the Hornet.

This hornet wasn't in a very convenient position, but I did manage to get some close-up shots. 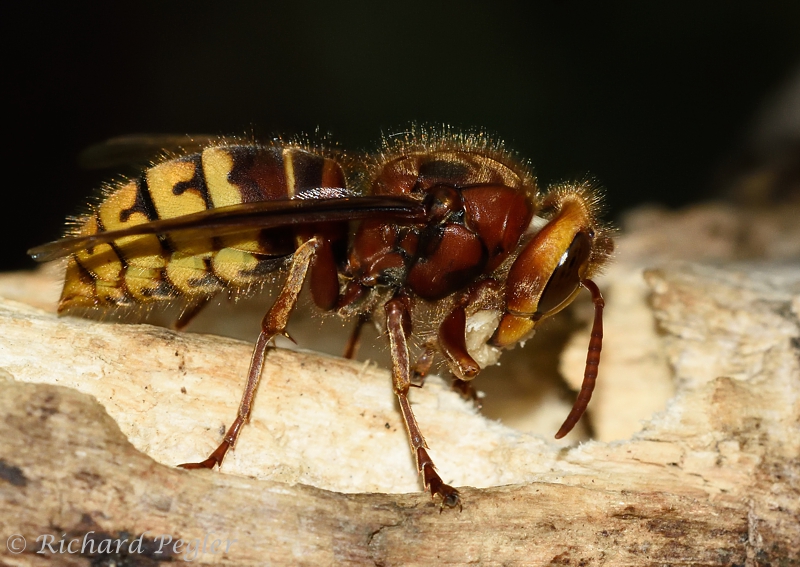 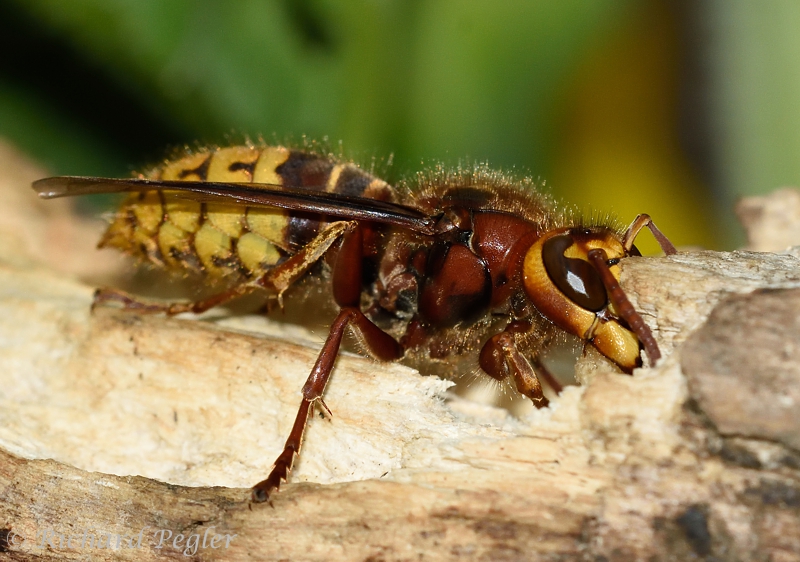 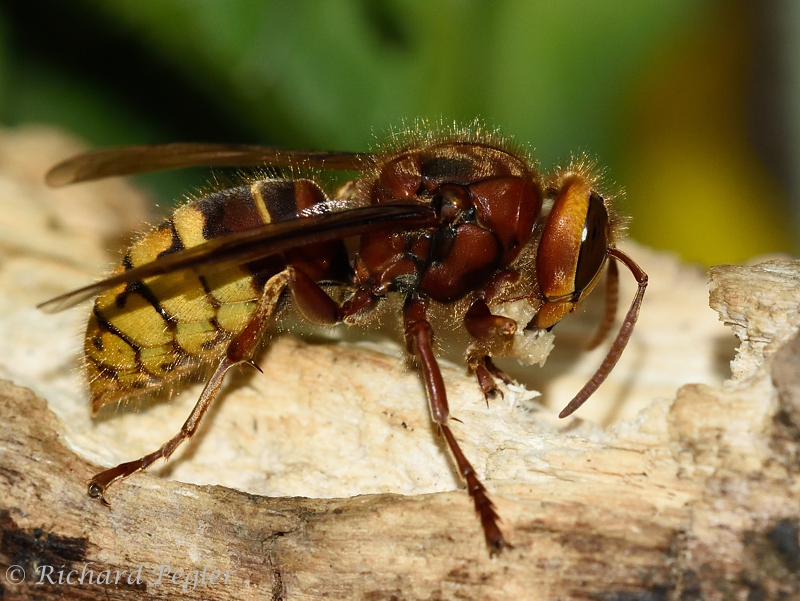 The moth trap had been out again overnight and, in the morning, I found that it had attracted three Hornets. This was my first, and so far only, sighting of multiple Hornets in UK. Time was limited, however, and I didn't take any photos.

A Hornet had been around for much of the day, and Lindsay noticed it drop down into an area of wild Thyme in the garden. This area is a favourite with bees, and it seems this is what the Hornet was after. It grabbed one, and took it to one of our Buddleia bushes. By the time I'd got my camera out the Hornet was hanging by its back legs, and and was using its other four legs to manipulate the bee, and had processed it to a point that it was no longer recognisable as a bee. It seems that the Hornet uses a similar process to that it uses on wood to chew up its prey before consumption or taking it to feed its offspring.

This time the Hornet was in a very difficult position for photography, and I didn't feel inclined to move it! My shots are not good, and I had to use flash. This seemed to cause the Hornet to turn its back on me and then fly threateningly close to my ear as it disappeared behind me.

Here are a few shots of what I did manage:- 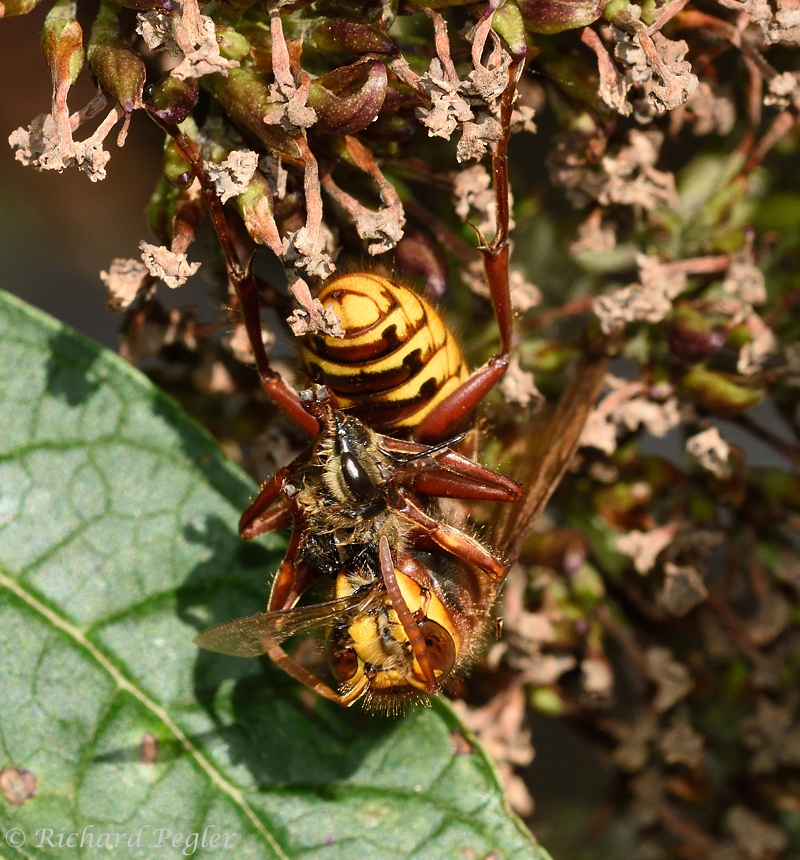 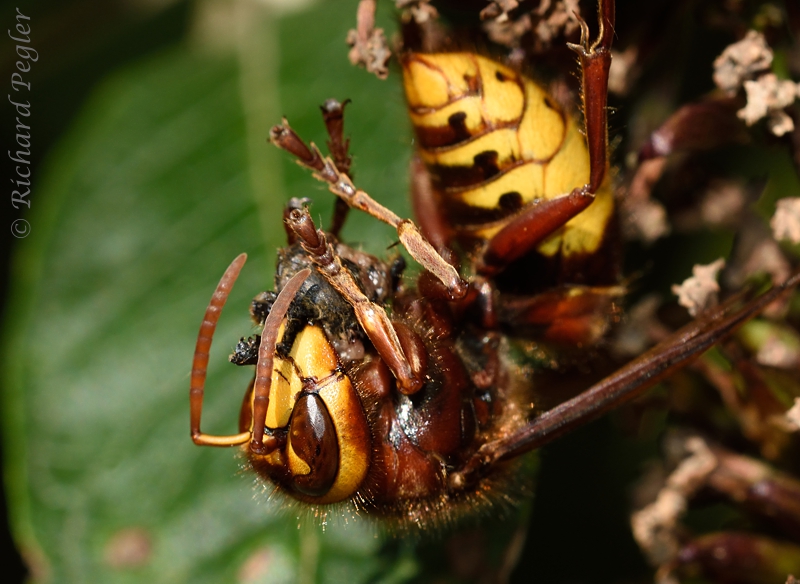 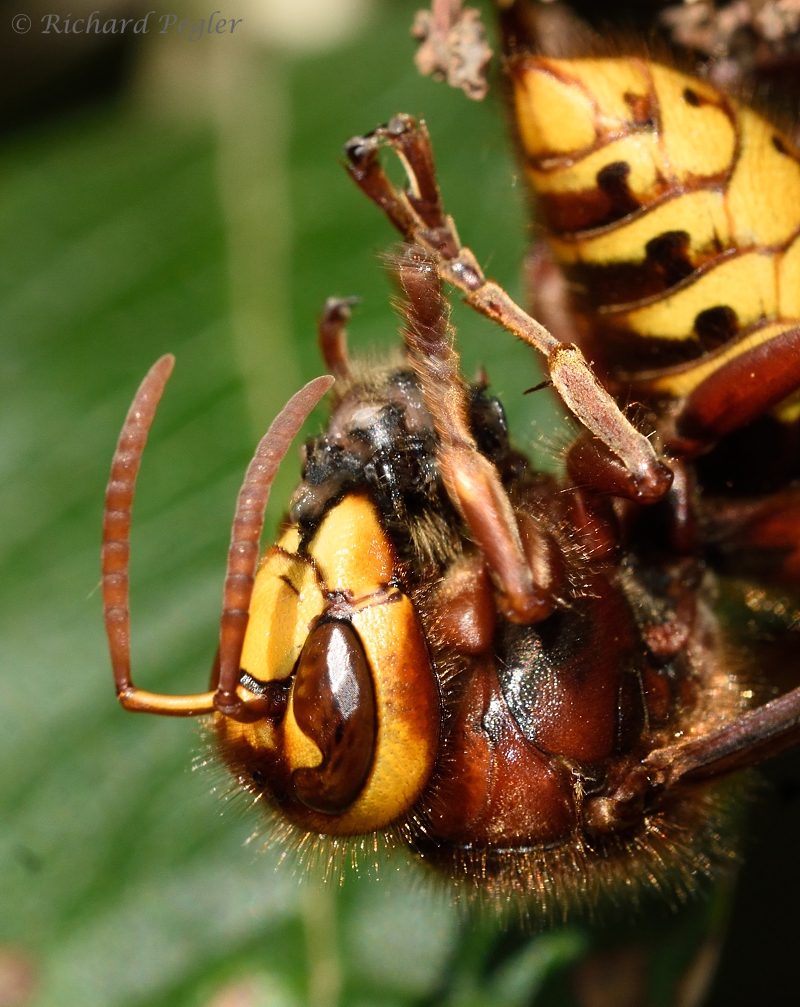 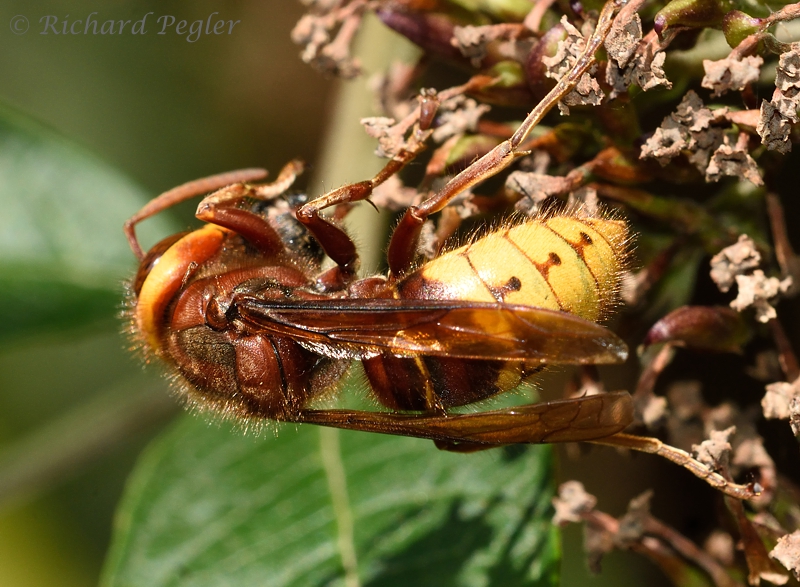 I'm quite happy to have the Hornets visiting our garden, but Lindsay's not keen! I just wish they'd leave the bees alone, and stay out of the moth trap. I'd also prefer that they didn't build a nest in our garden as I fear an uncomfortable decision would have to be made if they did.


Thank you for dropping by. I'm not sure what my next post will feature as I've got a lot on my plate at the moment and not getting out much - I might have to draw on material from somewhat earlier in the year.