The second half of the month has been somewhat of a mixed experience. More tightly controlled lockdown resulted in me only taking one short excursion into the countryside in that period, and that was not overly productive. However, an unusual cold spell, accompanied by snow, changed the garden bird dynamic a little. Herewith, some of the highlights of the period.

An unremarkable day in the garden, other than visits by a Carrion Crow and a Jackdaw. Hitherto, these have been relatively rare visitors to our garden (particularly the Jackdaw), but their visits have been increasing in frequency this winter.

We had visits by Carrion Crow and Jackdaw again, but most notable was the female Blackcap which arrived for the third day running.

The highlight of this day was a return of the Reed Bunting, We had had our first visit of this species, since March 2020, on 13th January. This time I managed some slightly better shots. 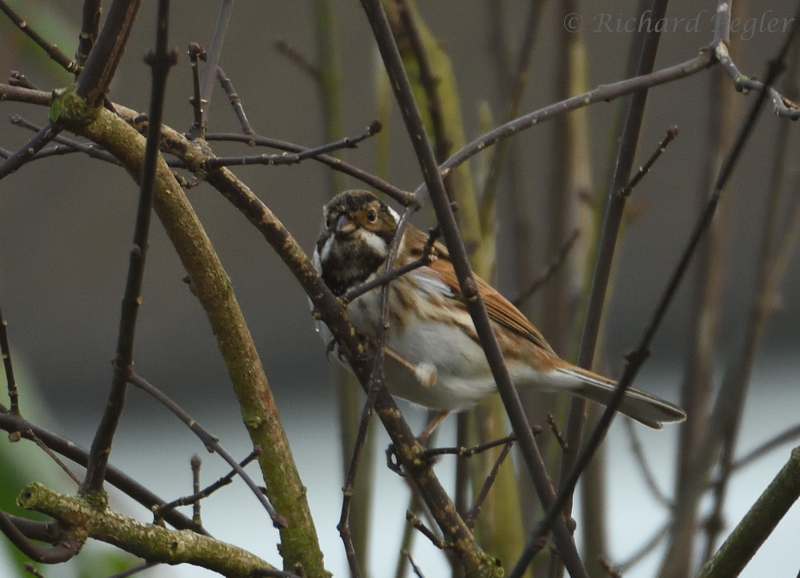 As previously mentioned, visits by a Carrion Crow have become a little more frequent than we are used to. However, on this day, we had two visit. Although two Magpies visiting is not a rare occurrence, I don't recall getting a pair of them in one shot before. I can't resist, therefore, putting in this poor shot which records all four birds in our Cob Nut tree at one time on this day!

That afternoon, I found myself getting stir-crazy and came to the conclusion that I just had to get out for a while, so headed down to 'my local patch' for a walk down the lane.

Having parked my car I headed eastward along the lane. I'd been hoping to see Yellowhammer again, but none were spotted and, ironically, having seen only a few Reed Bunting in 2020, and having had a sighting in our garden the previous day, the only birds of interest were a pair of Reed Bunting. I only got a distant shot of one of them. It didn't help that the hedge had recently been flailed.

Having turned around and reached my car, I decided to leave the road and check out some of my old Little Owl sites. I was not too hopeful, and any hopes I had were soon dashed by too much mud and water in my path. I had only come prepared for road walking and, to go further, wellingtons would have been essential. Distant checking of four sites, however, revealed nothing.

Back at the car, I set off on foot down the lane in the opposite direction to that recently taken and soon found a pair of Linnet in the hedge. This is a species I seldom see locally. The pair were sitting low in the top of the recently flailed hedge, and not photographable. However, they then flew up into a small tree and I just about managed a shot of one before they departed. Sadly, it was straight into the sun.

Further on down the lane I heard the chattering of Fieldfare. There was a good-sized group (probably 50+) commuting between a field behind the hedge and trees beside the lane. These are, typically, very nervous birds but, by staying still for a while and waiting, I managed some shots from probably only about 20 metres away. 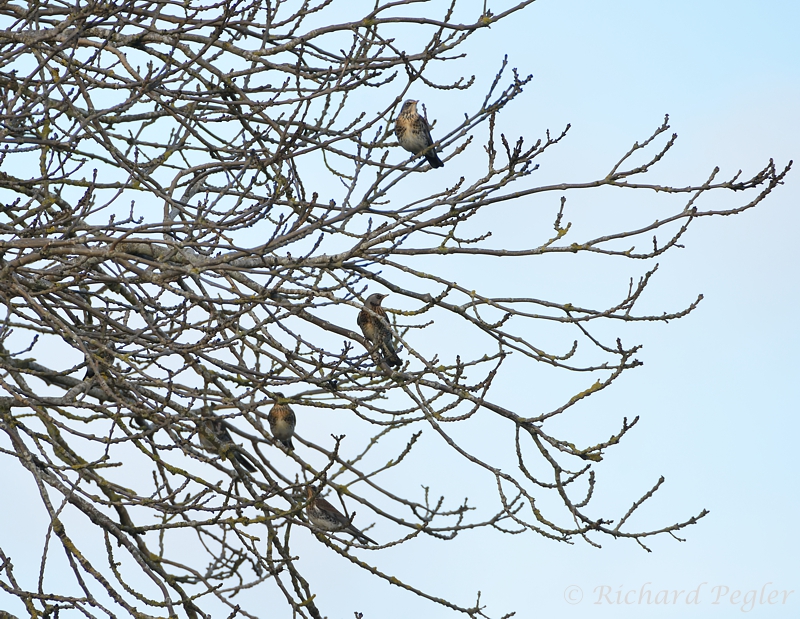 It had been a very enjoyable walk, even if not the most productive. However, as I write this, I have not managed to get out since then, partly due to concern about rising Covid infection rates, but also influenced by the weather.

An unremarkable day, with some sunshine which allowed me to take a shot of a Starling in the top of our elder tree, affectionately known as 'the black bush' .

We awoke to the forecast flurries of snow which intensified during the day giving a good covering by the end of the day. I believe that it was five years ago that we last saw this amount of snow, and so I spent much of the day trying to photograph some of the birds that visited. This was not easy, due to the continual dense cloud giving low light levels, but the snow tricking the camera into trying to cater for high light levels. I was constantly adjusting compensation values. Snow falling against the window glass that I was trying to shoot through didn't help matters!

I think of this Pied Wagtail as being our 'foul weather friend' as he seems to show up when all the water around us is frozen, and I'm out there from time to time making sure there's water in our garden for the birds to drink and bathe in. He also picks up a snack of dried mealworms which I leave in a pot beside the water for him to enjoy. This is this bird early in the day before the snow really started.

As I do not get many opportunities to photograph birds in snow, here are quite a few more, taken when the snow was deeper, starting with more of the Pied Wagtail. 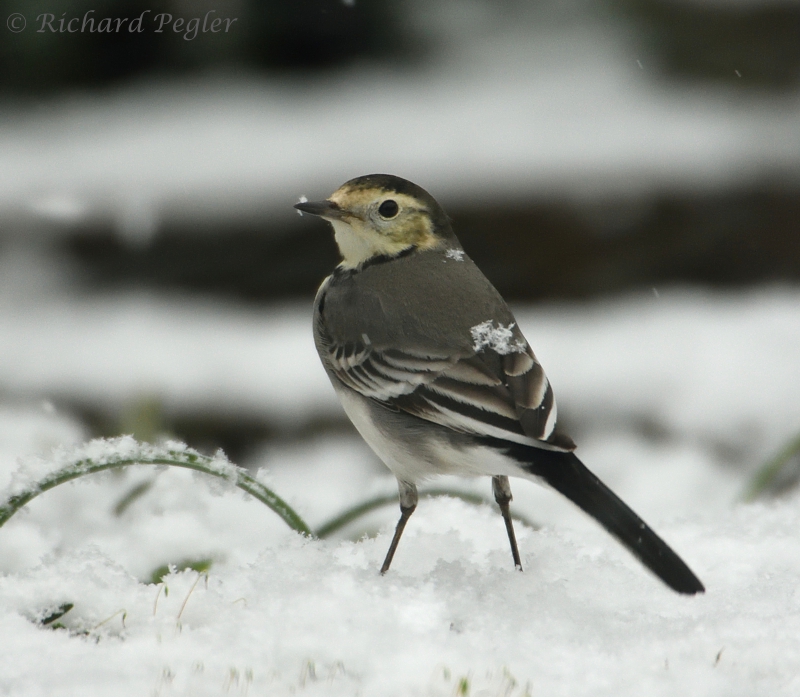 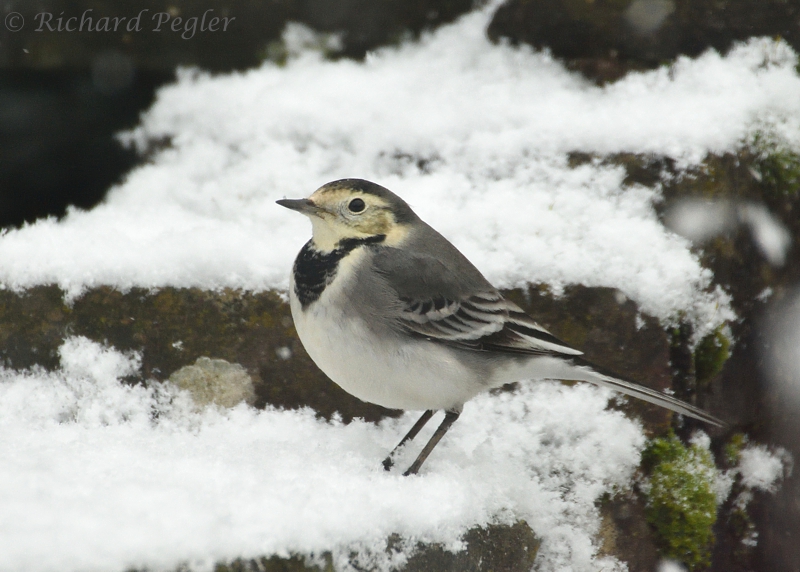 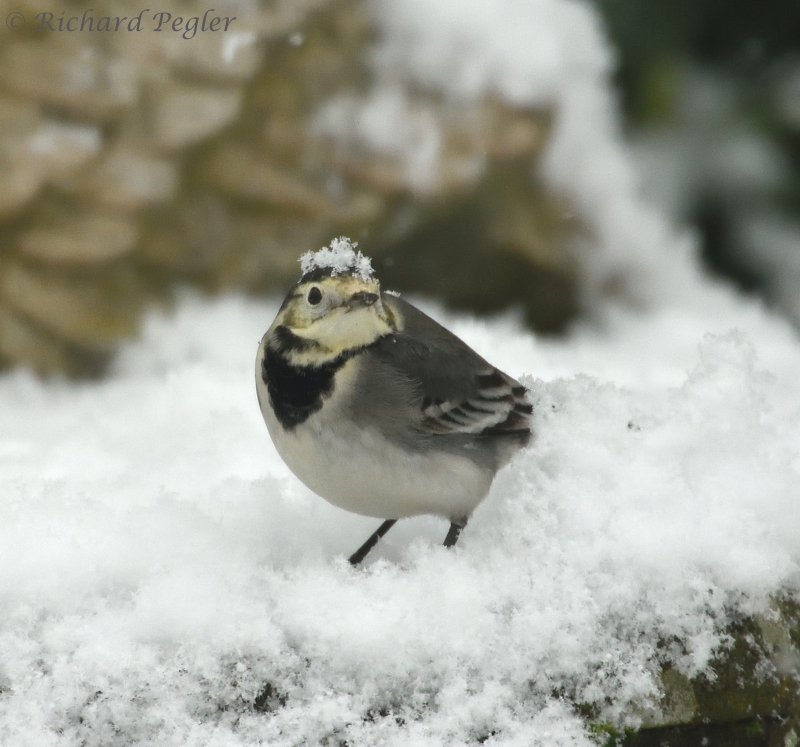 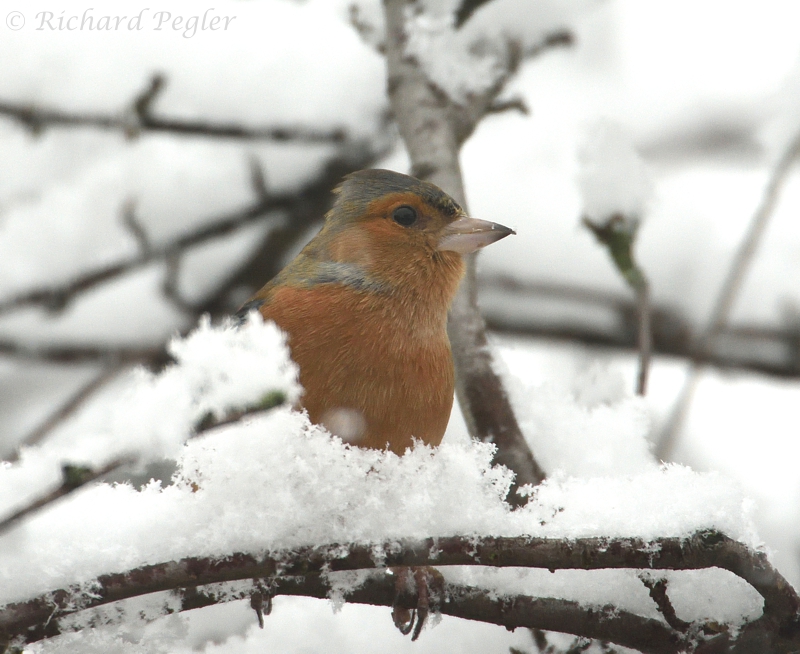 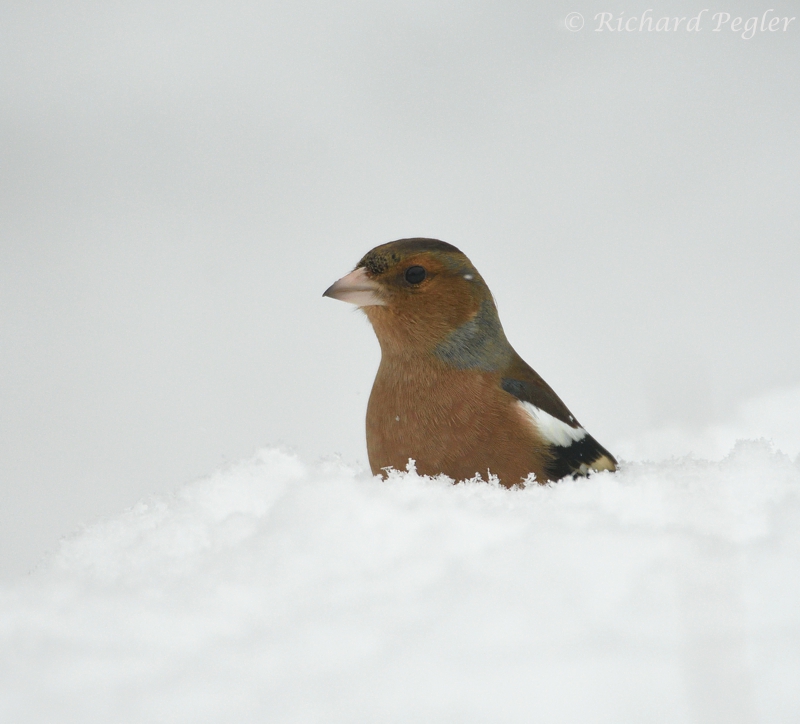 Sadly, the male in that last image is exhibiting a case of 'scaly foot' - a problem that is common in this species.
Monday, 25th January
The snow was still with us but already starting to melt. However, I did spend a little time trying to make the most of the snow. 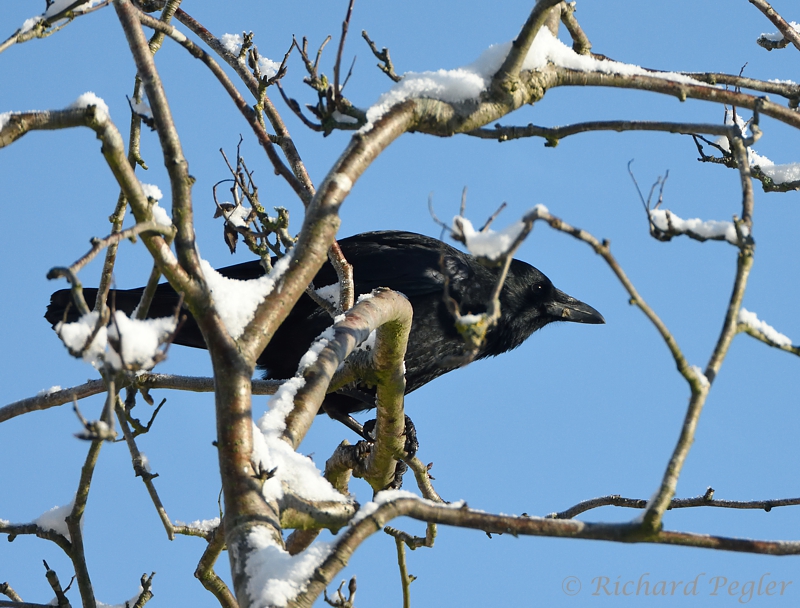 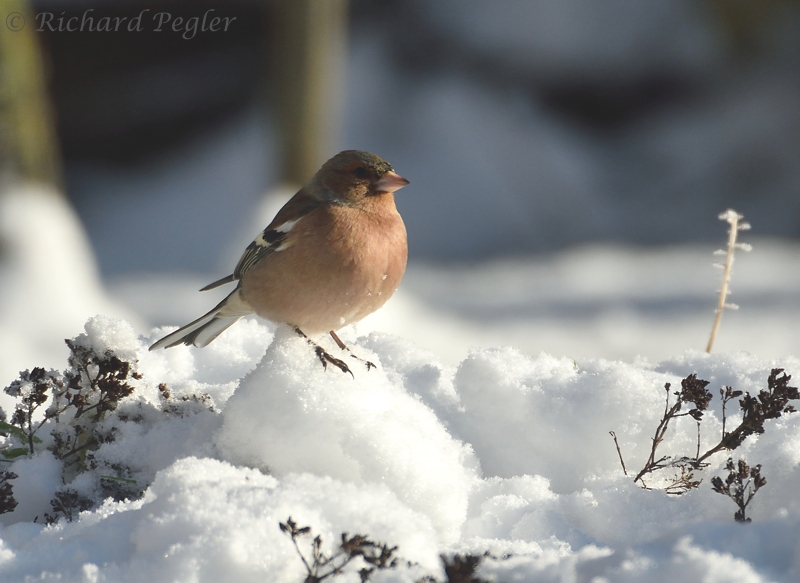 I had recently taken to setting a couple of my trail cams to take stills, rather than movies, through the day, and was quite pleased with this shot of House Sparrows and a Starling. It was taken when I had not had time to clear the ice that had re-formed on what we jokingly refer to as 'the duck pond'!

The female Blackcap visited us again this day, but I failed to get a photo. At the risk of boring you with Chaffinches, here is one of my better shots of a male Chaffinch showing the scaly foot problem more clearly.

The highlight of this day was a visit by a male Siskin. They have been a bit thin on the ground in our garden so far this winter.

The week, and month, ended with seventeen species of bird visiting us this day, although there was nothing very exciting. I did take some shots of a female Bullfinch outside my study window.

This brings me to the end of my account of my observations in the last half of the first month of what I hope will be a better year for us all than 2020 was. For Lindsay and I the light at the end of the tunnel is shining a little brighter as we now have appointments to get our first shot of vaccine. However, unless something totally unexpected happens, lockdown restrictions will prevent us taking up our March booking for a week on the Isles of Scilly. Our fingers are crossed for our booked visit to the Outer Hebrides in early summer, when we should both be fully and actively vaccinated.

I suspect that my next blog post will be in about two weeks time, and whether I have anything to show will, as always, be in the lap of the gods.

I hope that all is well with you and, if it has not already done so, a vaccine comes your way in the near future. In the meantime, please take good care and stay safe!