I've been a bit preoccupied, over the past couple of weeks, with significant changes to our back garden. However, just under a week ago it was time for another turn on Osprey Watch at Rutland Water.
As is usual for these sessions, which I always do from 17.00 to 20.00, I stopped off to do a bit of birding/owling on the way there. My first call was at my Little Owl Site No.18 near Oaks in Charnwood. First glance didn't reveal any owls and so I wandered down to the brook for a look around. Plenty of birds in the trees, but only a Great Spotted Woodpecker was (just about) photographable.
I then had a more detailed look around my LO site, and spotted this juvenile Little Owl from a great distance - it didn't let me get closer than about 50 metres before it was off!
I set up my hide somewhat closer to the nest and waited. After an hour and a half it was time to move on with nothing seen. However, as I departed two LOs flew from their favourite roost tree into a densely foliaged tree over the road. I didn't spot whether they were adult or juvenile (I suspect one of each), and I wasn't going to disturb them any further.
I made a brief stop at my LO Site No.21 near Hungarton, but no birds were seen (I decided that I was worried enough to want to check it out again on my way home), so I continued to Rutland Water, checking out a couple of places on the way, and arriving just in time for my shift there.
I arrived to find that all three juvenile Ospreys in Manton Bay were spending much time working on their flying skills.
As well as the Ospreys, the Sedge Warblers were performing somewhat more cooperatively for the watchers than is usual.
The real fun started when the adult male caught a very small fish right in front of the hide. I was sitting down at the time and didn't quite see the the point at which he hit the water - just the splash! He obviously realised that I'd missed his performance as, after he had delivered the fish, he flew towards the hide and landed in the dead tree quite close to the hide - I'm sure he did this purely for my benefit! 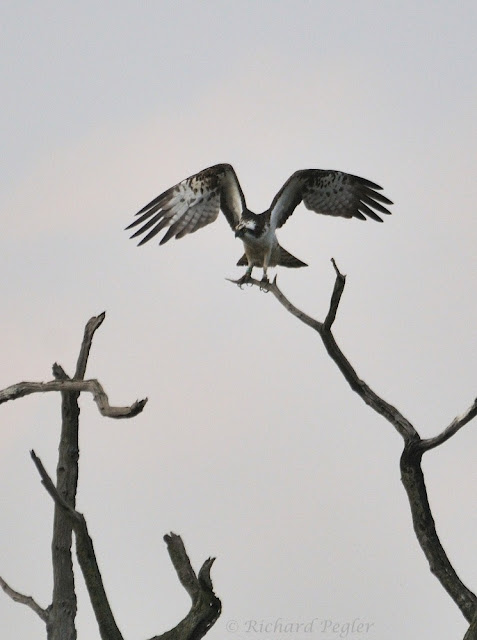 It got better!! He decided that he would take exception to a cormorant that was minding its own business in the tree with him and had a very aggressive go at it. I hope that you will double-click on the image with both birds in so that (hopefully) you can see the expression of horror on the Cormorant's face! 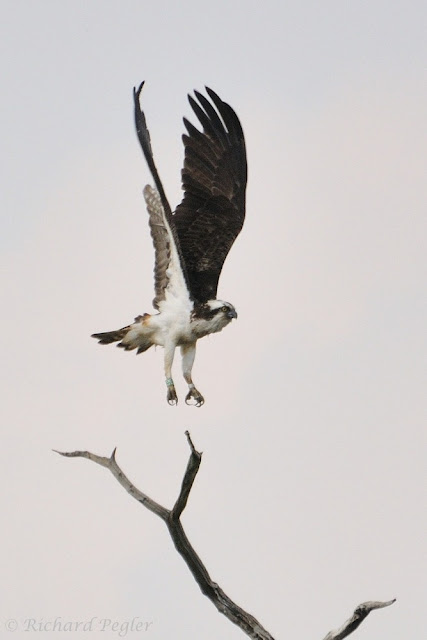 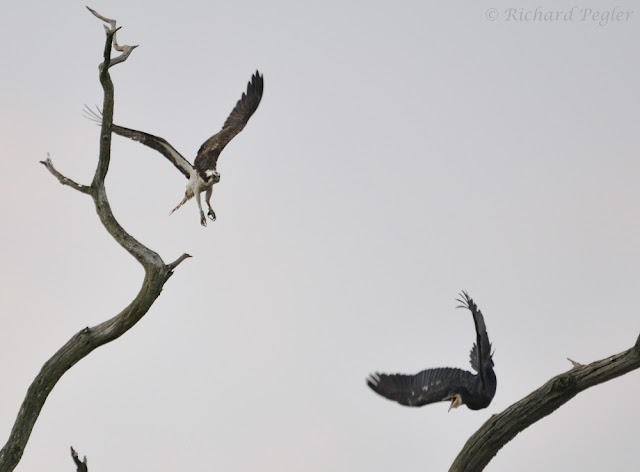 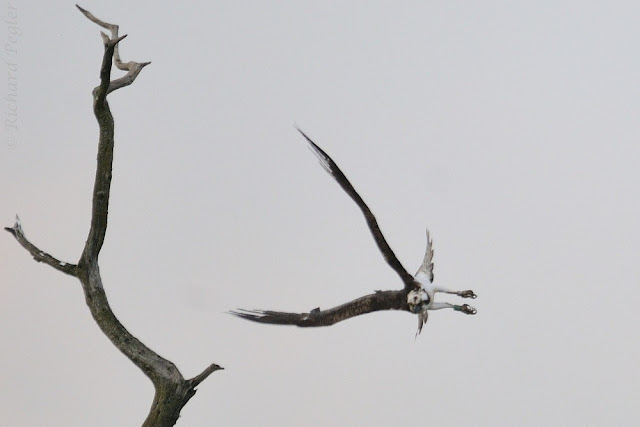 Unfortunately the last image, above, was badly focused and I have had to apply rather a lot of sharpening! It's one of those 'one that got away' images that I wished I'd got right!
I finished my shift somewhat early (thank you John for looking after things after I'd gone) so that I could re-check my LO Site No.21. On the way I spotted a Little Owl on a barn where I had felt sure there ought to be one for well over a year, but never had any luck. This was a very nervous owl in a very poor position for photography and I didn't get nearer than a hundred metres, so only record shots of my new Little Owl Site No.23. 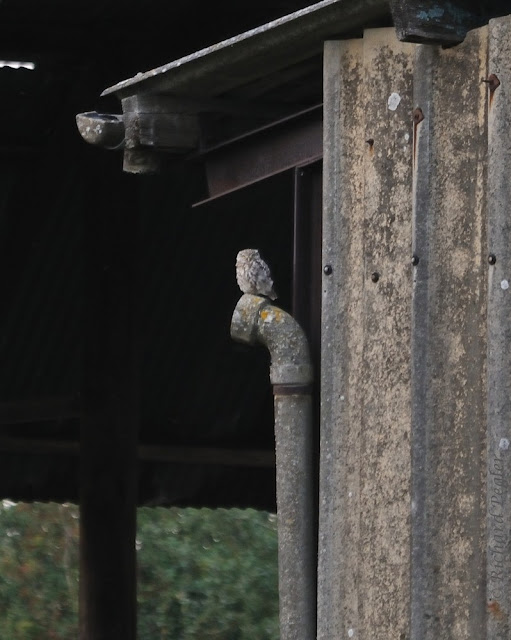 I had a brief recce, but didn't spot any more owls, so moved on to Site No.21. After an hour and a half, sitting quietly in my car I'd still not seen any owls, so came away even more worried than before - the last time I visited at this time I'd seen four owls inside a few minutes, but also found a dead one. This site is one of the furthest from my home so not too easy to monitor on a frequent basis. It might be another week or so before I get back there.
Posted by Richard Pegler at 20:58