Well, almost owl-free - there will be an owl in the header image whilst this post is current!

There have been a few 'incidentals' whilst out owling and here are some images of these occasions.

On 21st November I was out in the Queen Elizabeth Jubilee Wood, trying to find the Short-eared Owl that had been seen here over a few days. Somehow I managed to go there on the days it didn't appear, and then it was gone. I didn't manage any usable images of the Stonechats that were there, but a Meadow Pipit obligingly, but briefly, sat on a fence wire quite close to me, a Reed Bunting sat on a distant sapling, and a large flock of Linnet (well over 200) flew over and a few of them landed where I could take some record shots. 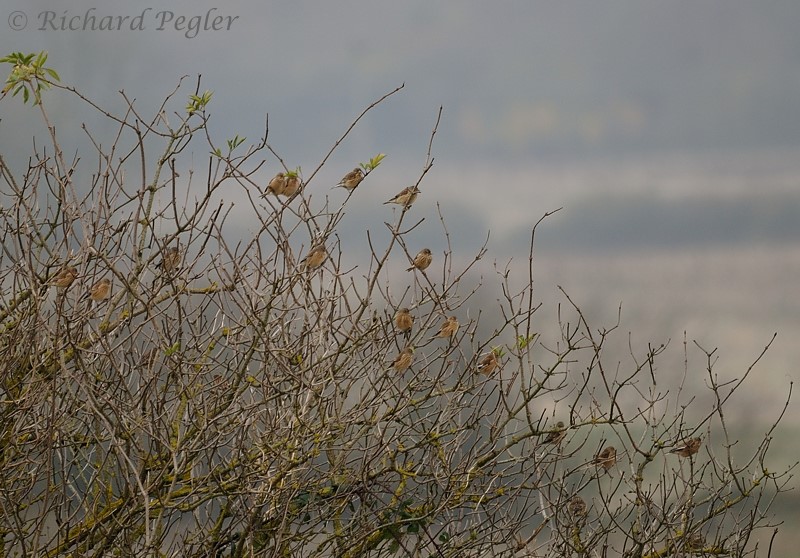 The following day (22nd November) I went out to buy garden bird food. Near the village of Edingale a Buzzard was out on exactly the same pole as last time I'd passed this way, when it decided to evacuate its bowels before departing. It did exactly the same this time! Approach this bird with caution!

Two days later I went to Calke Park (this was the day I found my Little Owl Site No.49 there). Nothing desperately exciting was seen, but it was good to find Marsh Tit here again. They're none too common these days. 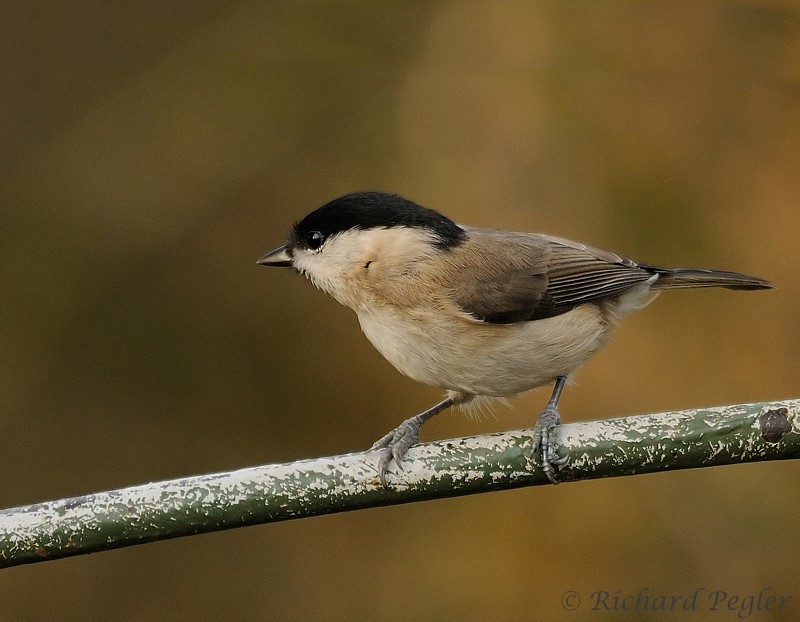 My next offering is from 4th December, when I had an afternoon out with Titus. Half way between two of my Little Owl sites, Red Kites were spotted. The only half-decent shot I managed was a distant one of one in a tree.

One week later, I fared little better. Although the light was brighter, I didn't manage to get a bead on the bird without clutter in the background. One day I'll get a proper image of one of these!

On our way home, later that same afternoon, I spotted a Buzzard on a barn roof. By the time I'd stopped and raised my camera, it had flown to the ground around 120 metres from our position. It then started behaving strangely, bouncing up and down on the ground by wing flapping. Having looked at my images, I think I know what was happening. At the foot of the barn were several mole hills and the Buzzard seems to have landed on one of these. I believe that the Buzzard had seen, from the barn roof, the soil moving where a mole was busy underground, and was trying to reach it. 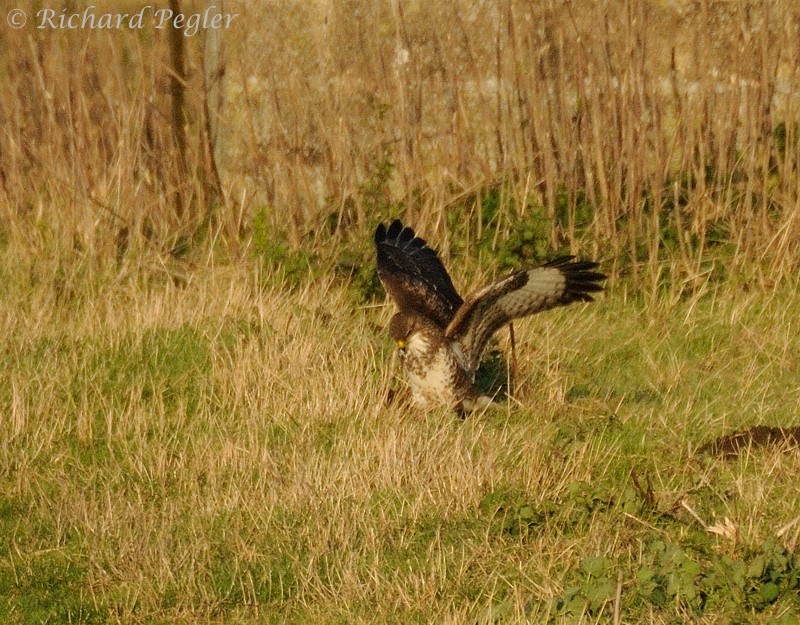 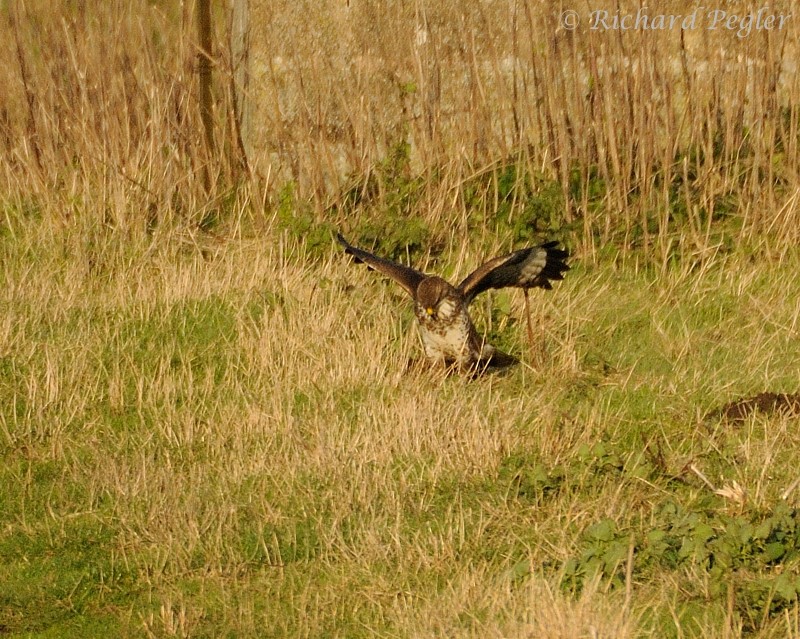 Eventually it gave up, and flew to a nearby hedge. 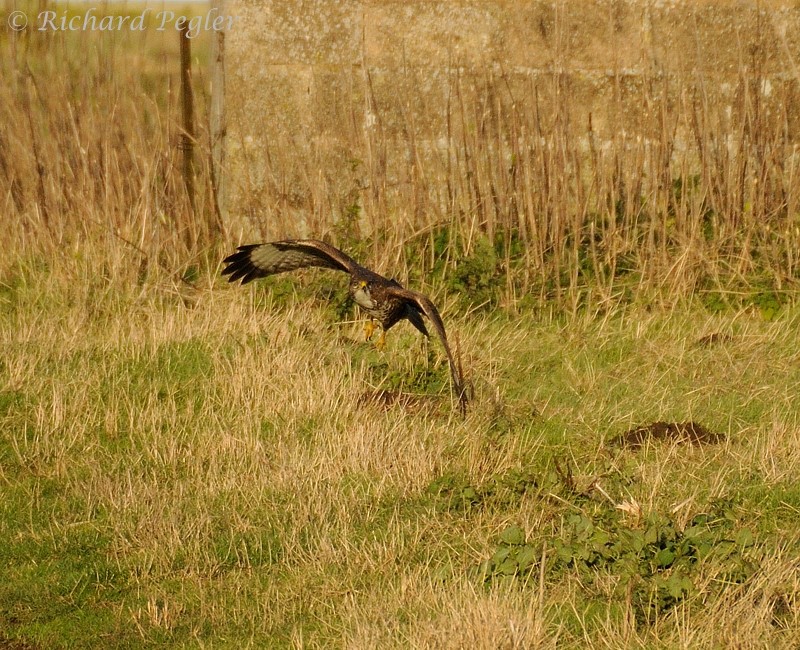 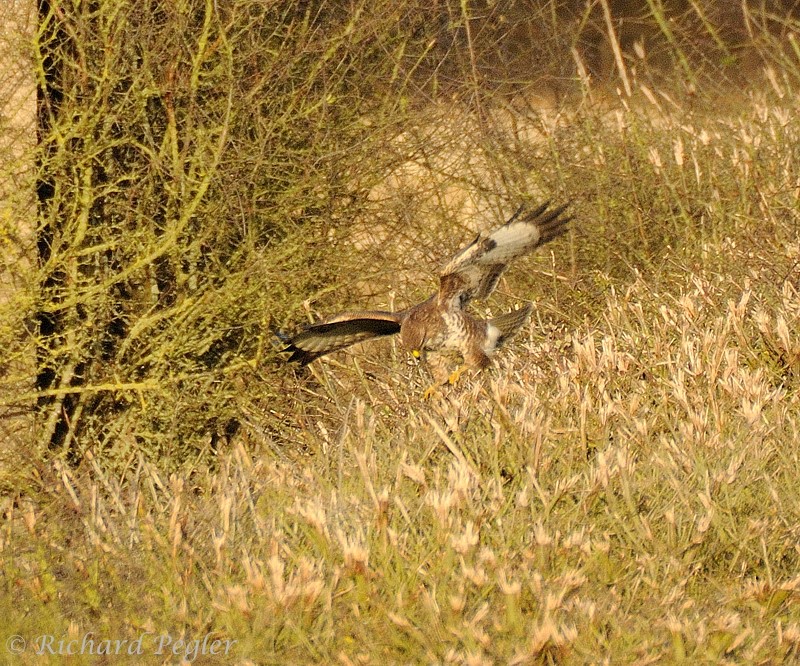 It was still over 100 metres away at this point, but it then decided to move down the hedge towards us, and stopped only about 60 metres away.

We hoped that it would continue towards us but, sadly, it only stopped there very briefly before flying off to the far hedge around 150 metres away, and then continuing to get further away along the hedge line.

A couple of days later I was out delivering Christmas presents and cards, and doing a little owl prospecting too (nothing found), but I couldn't resist snapping a shot of this squirrel having a snack.

Last year our garden bird list (birds that put a foot down in our garden - fly-overs don't count) reached a record 37 species (previous record = 32). Last week we equalled this, and then topped last year's record by one! Sadly, no images of the species concerned (Carrion Crow, and then Fieldfare) were obtained. In fact, I've indulged in very little garden photography lately as the weather has been so foul, and when the light has been good enough I've tended to go out. Here, however, are a few recent images from the garden.

Bullfinch, for a while, became a frequent visitor, but now we are not seeing them very often.

Goldfinches are visiting in record numbers this winter - on one occasion we had more than 40 in the garden at once!

The Grey Wagtail had been visiting our garden several times a day for the past month or so, but we've not seen it for a couple of days so, although these are poor images taken on 5th December, they may be the last I take of this species in our garden. 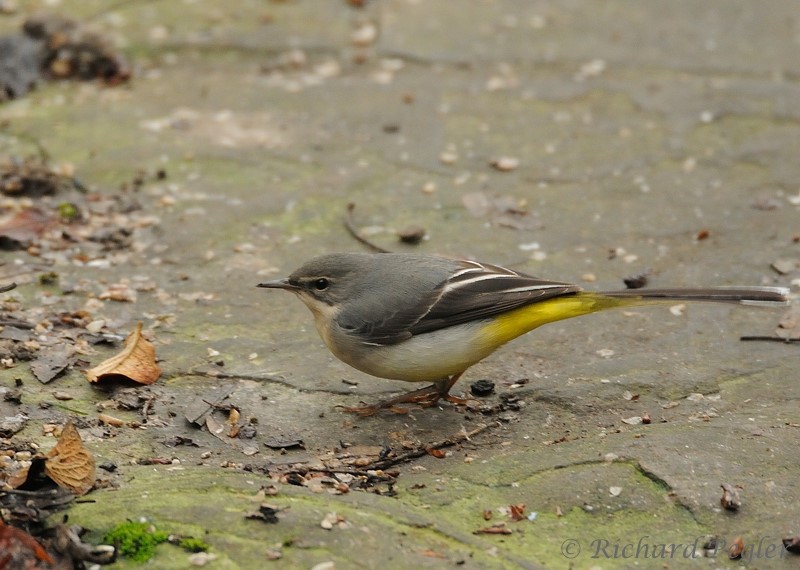 Song Thrush, whilst not a rare bird (although it does seem to be seriously in decline), is only usually seen in our garden once or twice a year, so I was pleased to get a record shot when it visited a week ago.

That's all for now folks. My next post will probably be published on 22nd December and, hopefully, will be a celebration!

Thank you for dropping by.
Posted by Richard Pegler at 15:56