It's only been five years since my passion for Little Owls first started. I keep detailed records of my Little Owl sightings, and it will probably come as no surprise to you to hear that 2013 was a record year for me for the total number of Little Owl sightings - 223 in the year. OK, to people like my good friend, Paul Riddle, this probably seems like a rather low number, only averaging out at just over four sightings per week.

What did surprise me, however, was a realisation early in November that I was set to double that number in 2014. Thus it was that I set off for an afternoon's owling with my pal, Titus on 20th November with 442 sightings under my belt - only 4 more required to double 2013's total.

By the time I'd reached Titus's place I was only 3 short, with a sighting of a single bird on my local patch.

The next sighting was at my LO Site No.46 when an owl was seen in what is affectionately known as 'the bum hole'!

Twelve minutes later we were looking at a LO at my Site No.41. 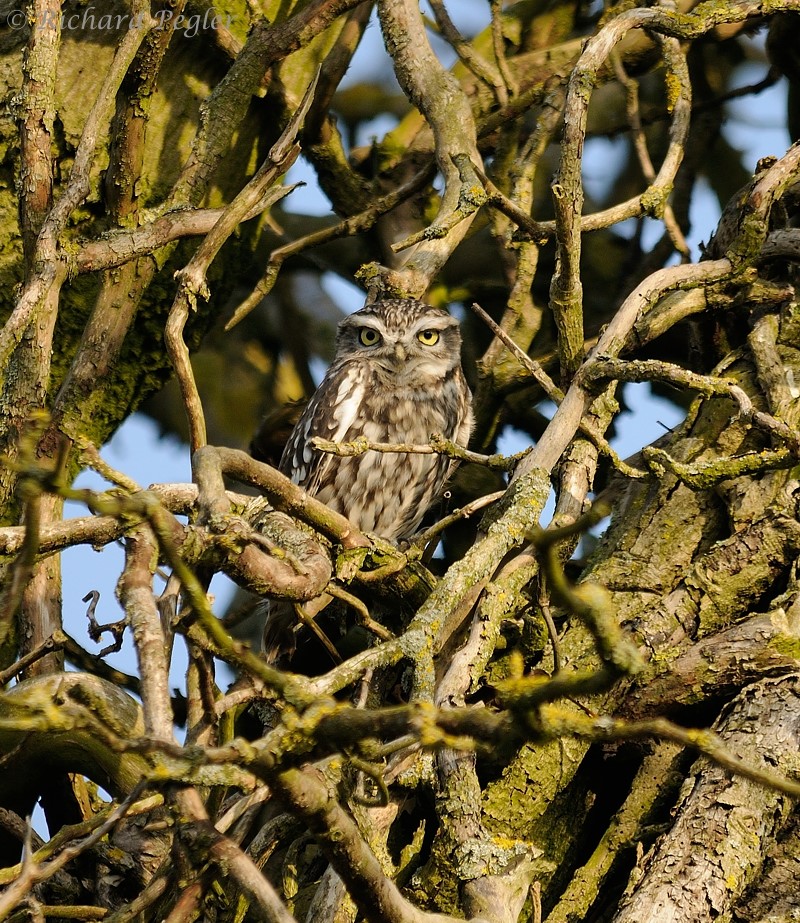 Just round the corner, we found a collection of Corvids. 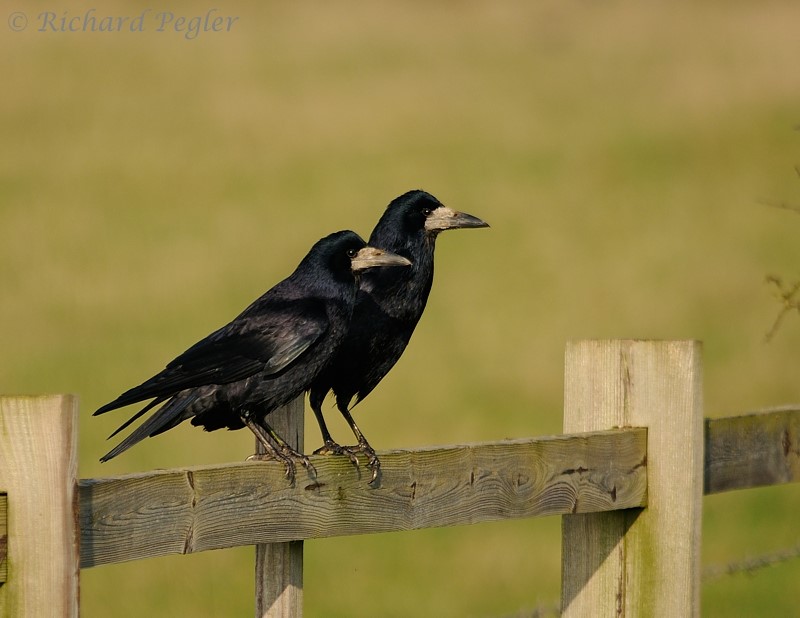 With the Rooks were numerous Jackdaws, one of which was adorning the head of a sheep.

The next Little Owl sighting was at my Site No. 23 where an owl was making one of its rare appearances, on its favoured RSJ. If I'd realised it at the time, I'd probably have tried for a photo, as this was the point at which I'd 'seen double'.

Nor did I take any photos when we saw a bird at my Site No.34!

We did, however, find an owl at Site No.43 where we've started to see birds again after a period of absence. Here's a 'record shot'.

Further down the road, at my Site No.42, an owl was out on a barn door.

Although we were standing on a busy road, 65 metres away, the owl quickly ducked back into the barn. It was then I noticed the second owl up in the nest tree. These owls are usually very nervous so I did not expect any luck when I decided to try a nonchalant stealthy approach. I fared far better than expected, although the owl did fly the moment my eyes were averted to check my camera settings.

OK, so this image will not win any prizes, but this is probably the second to best shot I've got at this site!

From here we went on to pay a quick visit to Rutland Water. The Slavonian Grebe that was being seen in the area was only just visible, and I didn't manage any shots. We did have some amusement with the large 'raft' of Coots that had formed in North Arm. It was quite a spectacle when they all did a noisy short scud across the surface of the water. 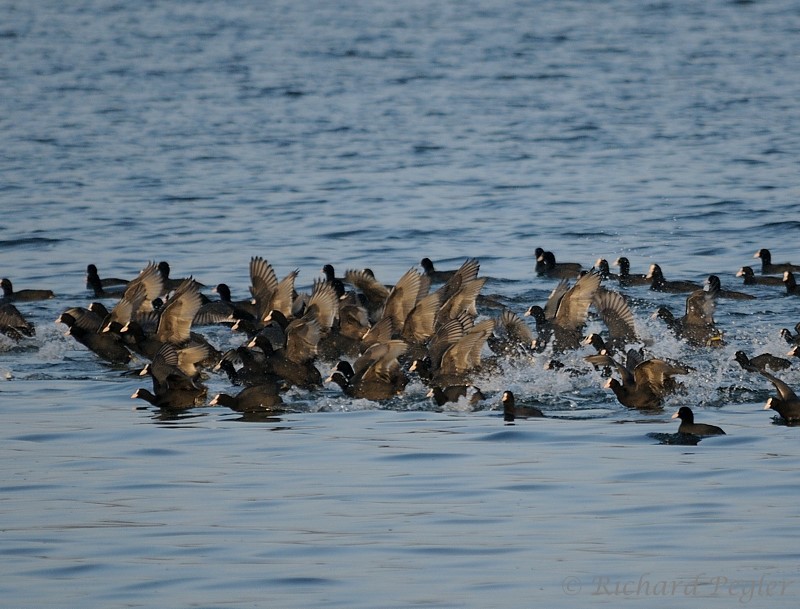 Heading homeward as darkness was falling, we picked up yet another Little Owl at my Site No.48.

So we finished the afternoon with me seeing nine Little Owls, topping 'the double' by a further five.

I felt quite smug about this until I reflected on the possible reasons for it, and realised what the answer was - most of the year I'd been revisiting established sites on a relatively set route. Not withstanding disasters, I'd been bound to see more owls. What I'd done too little of was the time-consuming occupation of prospecting for new sites. Even more worrying is that, because of the lack of this effort, I've probably lost more sites than I've gained in 2014. It's time I got off my backside and put some work into finding more sites - a process I started last week, with a positive result!

I'll take this opportunity to apologise to my fellow bloggers if I've neglected you somewhat lately. As well as getting some household projects under way, I've been very busy putting together a talk on Little Owls for a local Naturalist Club. This is now done, and my talk will be delivered on Friday evening.

Thank you for dropping by, and don't let the commercial aspects of the run-up to Christmas grind you down (emotionally or financially)!
Posted by Richard Pegler at 18:04