It's a great relief to be writing this blog post as it almost brings me up-to-date with my output. Having looked at what I did in the month of August, or should I say "what I didn't do", I was quite surprised to find that, in spite of me only getting out twice, I managed to take quite a lot of photographs!

This day was one of those two days when I did get out. My destination was a local dragonfly spot. It had been a cold and windy time in the days beforehand, so I was not expecting much.

A Common Tern was active on my arrival and I managed, just about, to get a shot of it with a small Pike.

There were day-flying moths around and I was unsure of their ID, but @MothIDUK kindly informed me that this one was a Common Carpet (in a colour form that I was not familiar with).
I unfortunately managed to lose my odonata records for July and August and I only managed usable shots of two species of damselfly.On the first of the lakes, I spotted a Coot with a Blue-tailed Damselfly in its bill. I thought it was taking it to one of its juveniles, but the damselfly had gone before it got there.Several butterflies were seen but the only one photographed with any degree of success, was this Peacock.It had been an enjoyable short trip out, even if the sightings and photographic opportunities had not been very inspiring.

It's always exciting to see a Comma butterfly in the garden, and one graced us with its presence this day.

Common Blue butterfly is also a species that we do not see very often in the garden, and so this was another lucky day.

Love them or hate them, there's no denying that a Sparrowhawk is a magnificent creature, even when they look a little dishevelled as this one did in the rain. I think that it's a juvenile.

A short bright spell, although a little cool, had me looking for something to photograph after I'd had a short session with the Elephant Hawk-moth larvae. This smart hoverfly caught my eye.

Red Admiral seems to be doing very well this year. It is one of our most colourful butterflies. 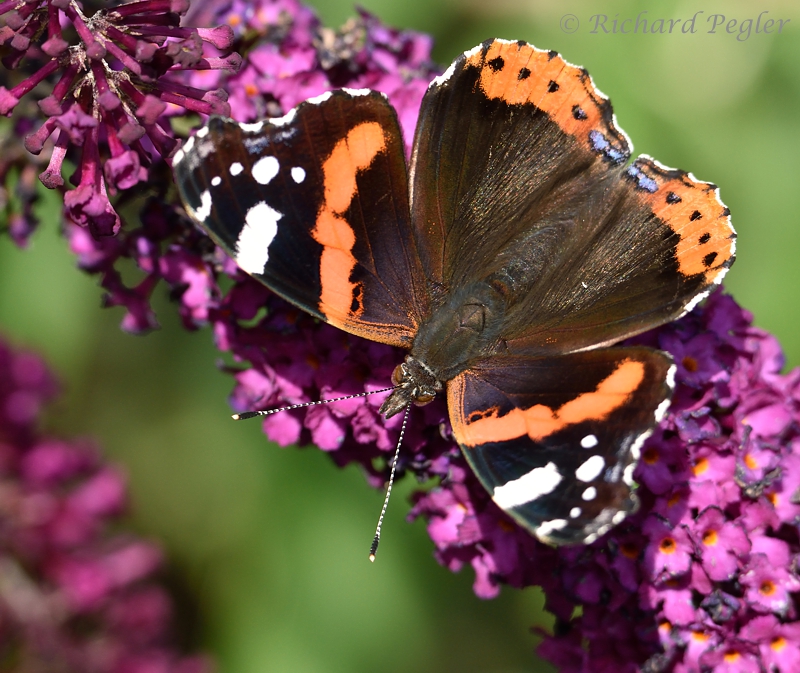 Most years, we get a visit from Willow Warbler in the late summer and it can be a bit of a challenge sometimes to confirm they are Willow Warbler and not Chiffchaff. The first clue for Willow Warbler is usually the bright yellow on the underside and then the leg colour. You can now see that I am very much still a novice birder. I had, at first, identified the bird that visited this day as a Willow Wabler, but I now see that, with some certainty, it's a Chiffchaff. 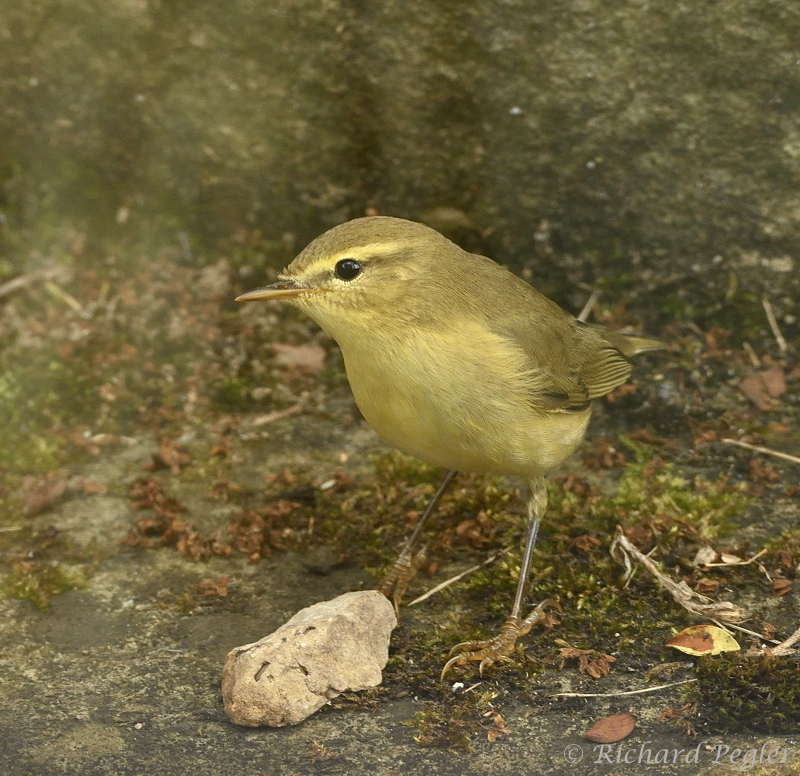 This bird came in with a small mixed tit flock, and I managed some shots of Long-tailed Tit and Blue Tit.Tuesday, 11th August          Ketton Quarry

I went out this day, and the results were such that they warrant their own blog post! This will follow at a later date.

This was a very special day, in that it was the first time that I managed to witness a dragonfly visit the garden mini-pond that I installed last summer. Sadly, it was a male of the species, so will not have added any 'life' to the pond. 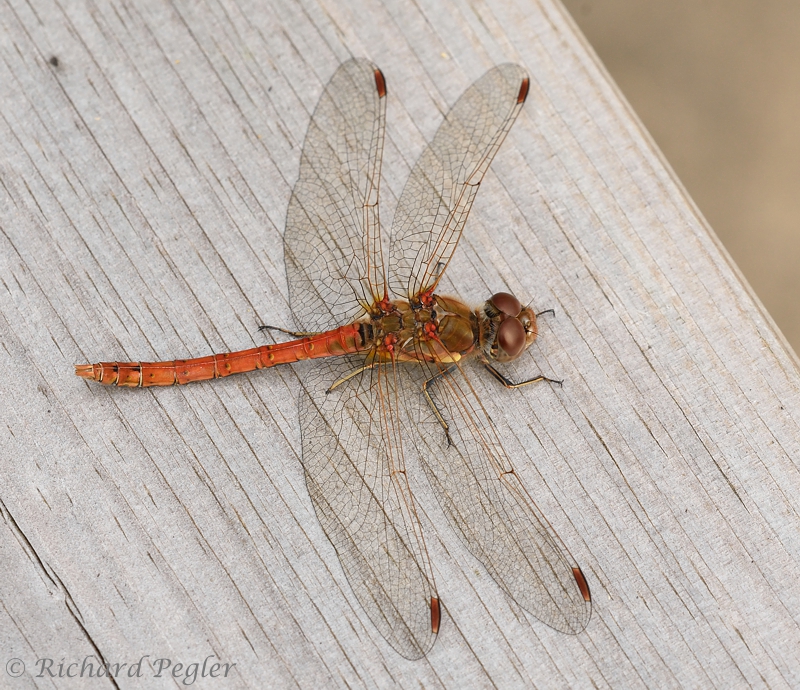 This was another quite exciting day for us as we had both Nuthatch and Chiffchaff visit. Nuthatch too is only an occasional visitor, with maybe one or two sightings a year. The real excitement was, however, that we had two of each! This is the first time ever that we have had two of either of these species. 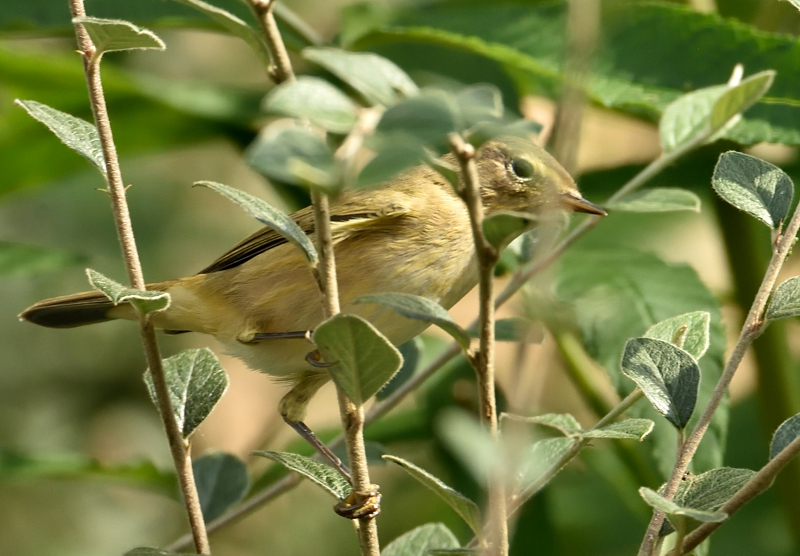 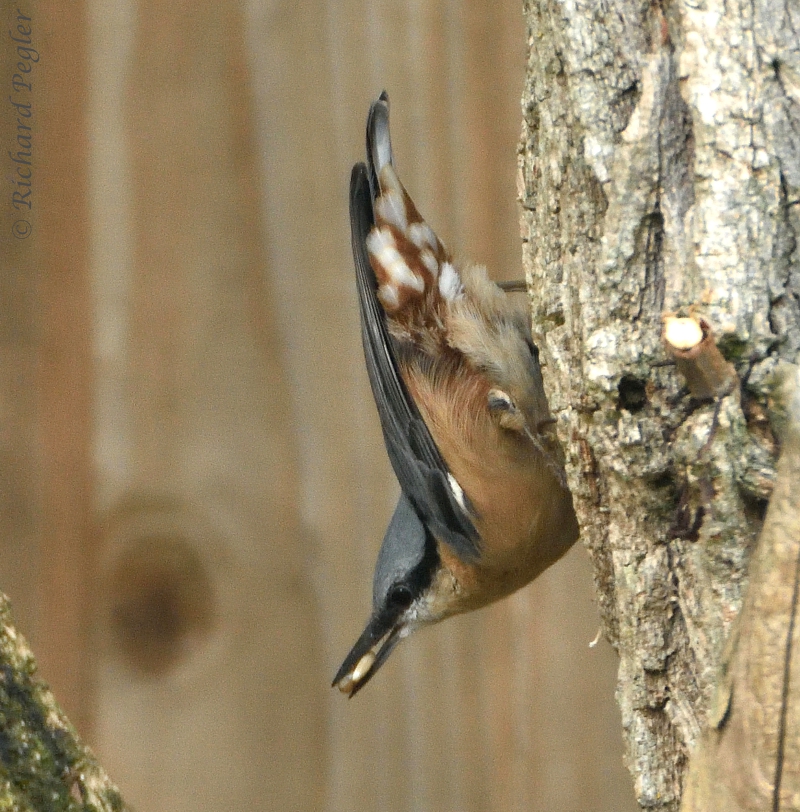 The moth trap was put out in the garden this night. It was a reasonably large catch, and as I had a morning appointment to collect my car from being serviced the following day, I confess that many micro-moths were discarded without any attempt to record or ID them. However, it did still result in me recording 103 moths of 29 species. Due to my haste in sorting these, the photography was well-below par. Here are a few:-

It is common for moth traps to catch non-moth subjects, sometimes with devastating effects on the trap contents. The worst situation was once when I had several Hornets in the trap, which made a feast of the moths. This time the aliens were not so destructive although I suspect that the wasp, below, might have done some damage. This type of wasp is very difficult to identify without examination with a microscope. It could be one of the Ophion species or Enicospilus inflexus. 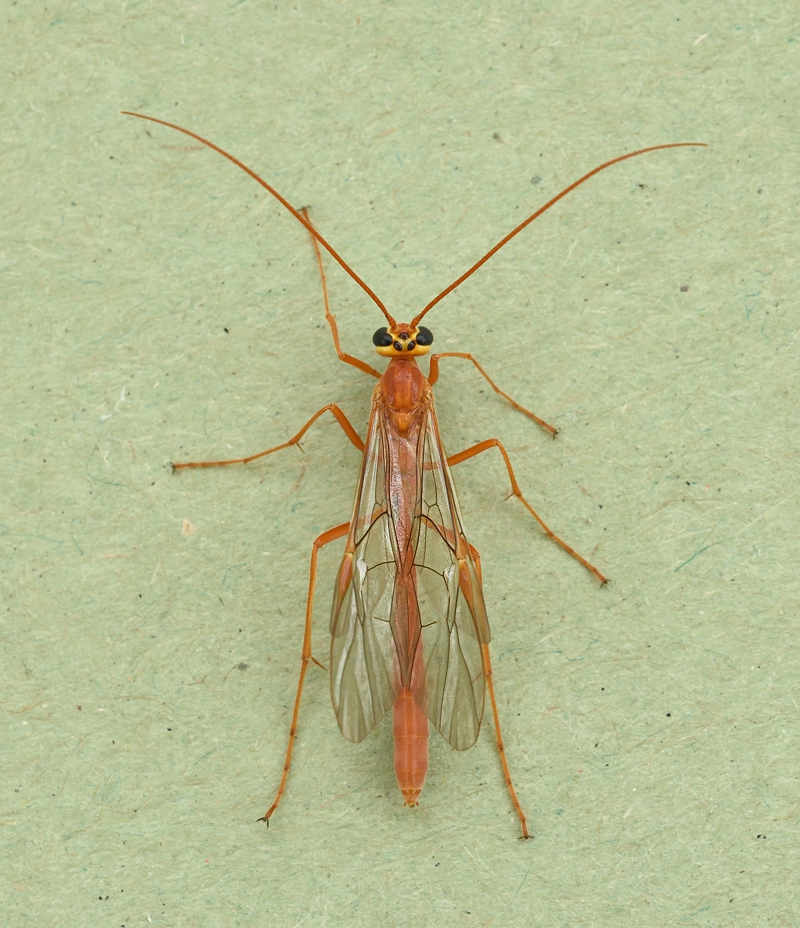 Also in the trap was this shieldbug.Friday, 27th August

We used to have a large koi pond in the garden which took up much of the garden and had a waterfall feature at one end. This regularly attracted Grey Wagtail and, occasionally, a youngster was brought to the pond too. The koi were re-homed and the pond filled in more than ten years ago, with just a small part of the waterfall feature converted to a static bird bath. However, Grey Wagtail has continued to visit every year since. I can't believe that this is one of the original birds, and am fairly well convinced that these visits must be due to some form of genetic imprinting.

I was delighted to see a Nuthatch return to the garden on this day, and I shall now indulge myself with further images of this character-full bird. 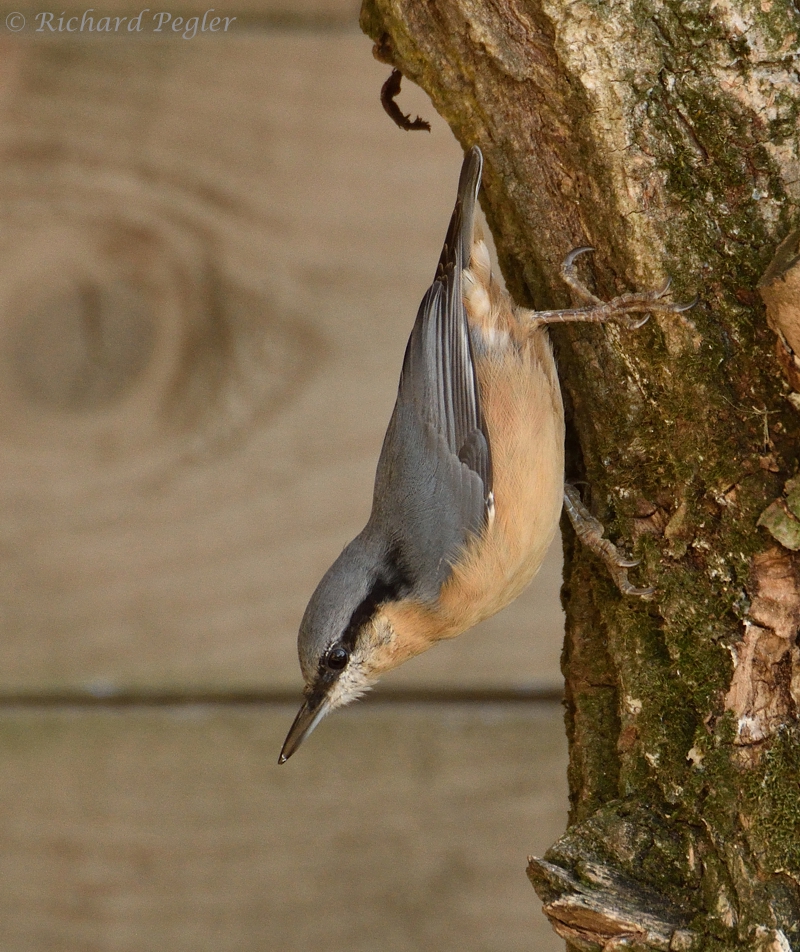 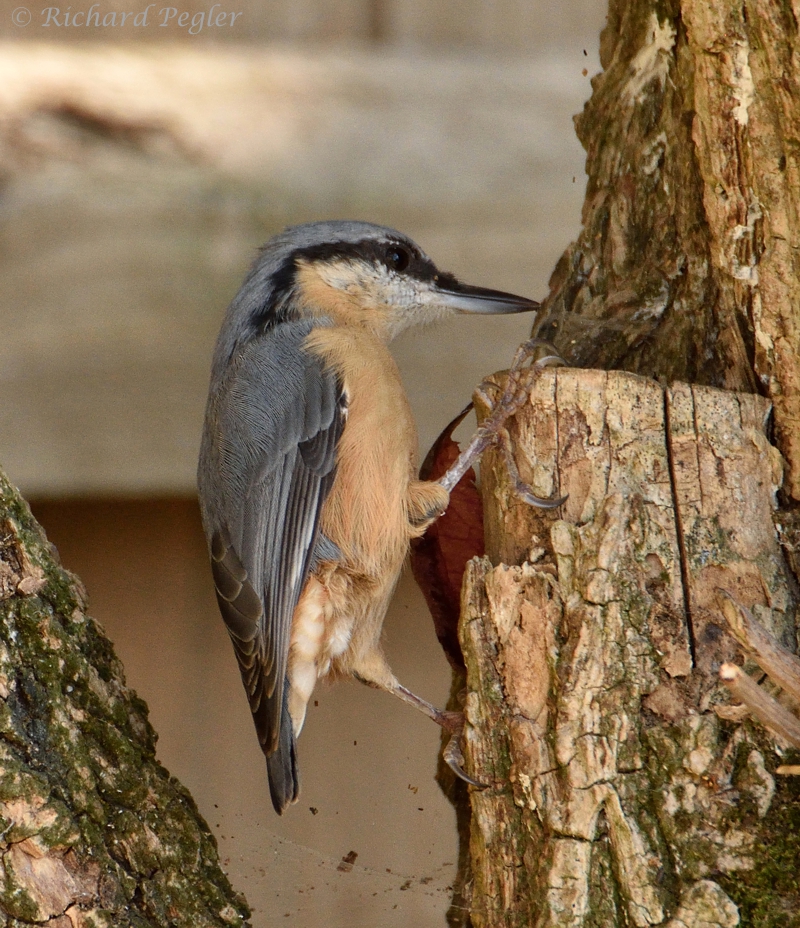 For a few days, a female Bullfinch had been visiting the garden and coming down to a feeder tray while a juvenile Bullfinch stayed lurking, mostly hidden, in the large Elder at the top of the garden. I'd been trying to get some shots of this juvenile for some time, and failing. This day, however, I did manage just one shot that is just about usable - much to my relief as this was the last time that we saw this bird.

That brings me to the end of my August Catchup. My next post will probably cover my day out on 11th August, as mentioned above, and will feature birds, butterflies and dragons - plus a few more items! In the meantime, stay safe.

Thank you for dropping by - - - Richard