I have lately been putting more effort into trying to get out with my camera to view and photograph nature. On this particular day, there was a bit of a break from windy rainy days, with a day that was relatively calm with sunny spells. My chosen destination this day was Calke Park, where there are two hides and some fine habitat.

The morning started well with the Grey Wagtail that had been visiting us for the past three days (and probably still is as I write this) arriving in the garden when there was a reasonable amount of light available. You can see, however, that it had recently been raining.

Because there was still a threat of rain, I thought it prudent to concentrate on the two hides, rather than set off  for a long walk which might find me in a deluge a long way from shelter. I didn't get out until after a relatively early lunch, but was established in the first hide shortly after 1 p.m. and was, initially, the only occupant.

I was a bit disappointed that the arrangements in front of the hide had changed a little, and the set-up was not nearly so photogenic. There were, nevertheless, good numbers of birds visiting the feeders. These were primarily Great Tits, Blue Tits, and Coal Tits. 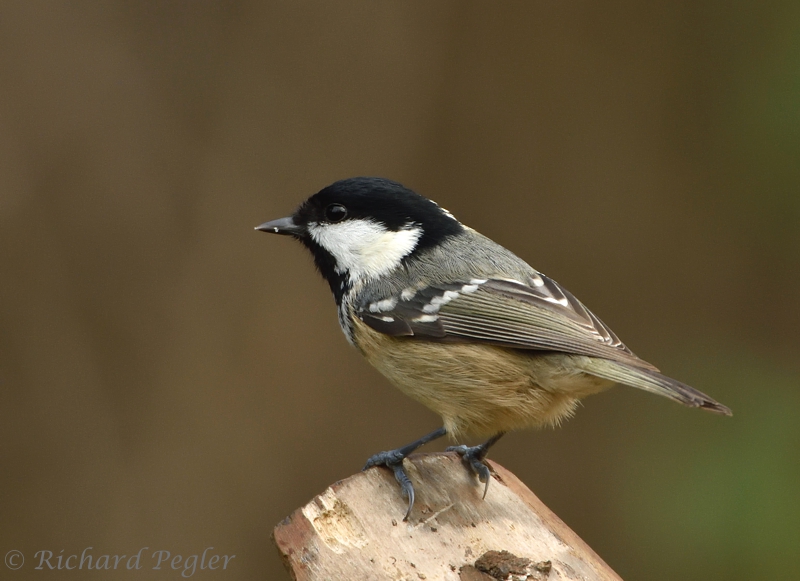 That last image is there to show the broad white stripe at the back of the head which helps to identify this species.
In the background, Dunnocks were showing occasionally.
Nuthatches were flashing in, grabbing seed, and flashing out again, and it was difficult to catch one on camera that was not on a feeder. This is about the best I could manage, and it didn't help that it was in the shade - much adjustment had to be made to this shot!
This location used to be good for Reed Bunting, but only two were seen during this visit and neither of them were very cooperative. My shots of the female were not worth showing and this one of the male is not much better.
While in the hide, I was joined by a gentleman that I'd previously met at another location and who I'd mentioned a couple of blog posts ago as the person who'd missed getting a shot of the Water Rail as he was at the wrong position to see it when I had, and had only glimpsed it when it flew. It was then, a delight for both of us when a Water Rail came into view here!
Unfortunately, the rail spent most of the short time that it was present picking seed from a mass of seed on the ground - which didn't make for very pleasing photos. The shadows from the low sun didn't help either. Here are some of the more acceptable results. 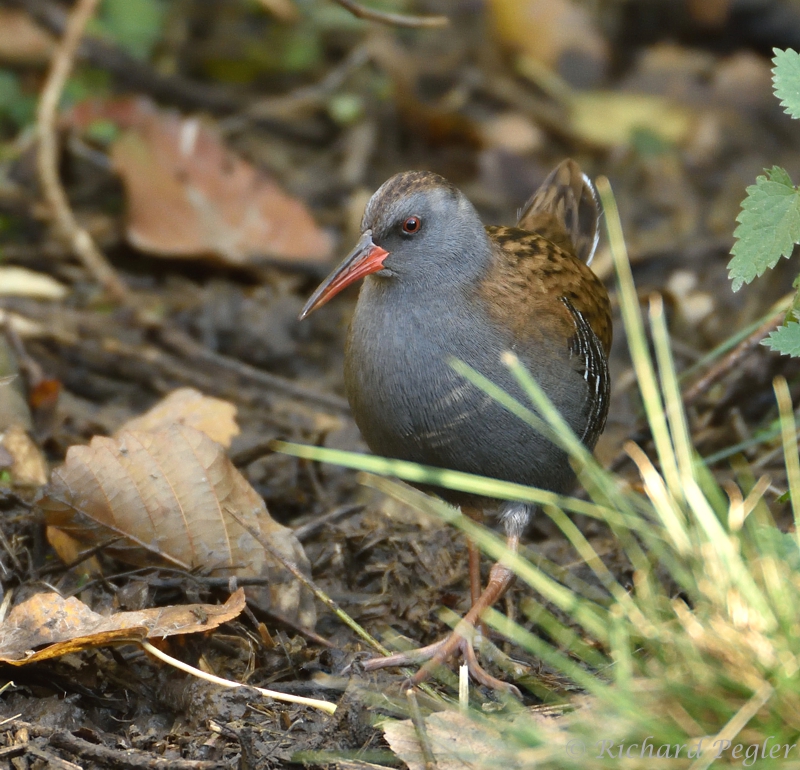 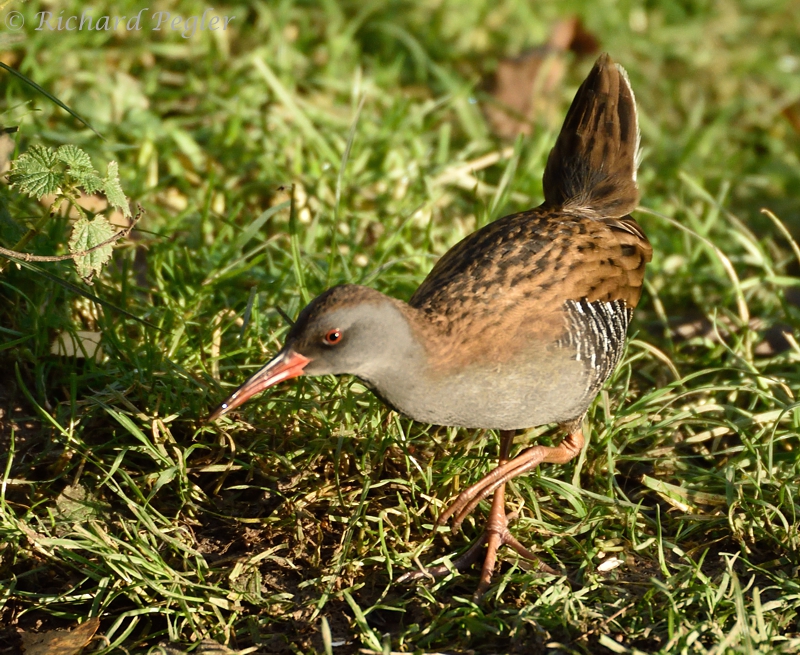 We both hung around for a while after the rail had departed and then, simultaneously, decided it was time to move on. I headed for the hide by the main car park and my companion went I know not where.
The area in front of this second hide was also less photographically arranged than it had been on previous visits. Again, the three species of tit seen at the first hide were present, but here there were numerous Goldfinch, Greenfinch, and Chaffinch also.
The supporting cast was also rather different.
It was getting late, the birds were thinning out, and the light was fading fast. I decided to give myself another minute and if nothing appeared I'd depart. I had just counted up to sixty seconds when a woodpecker showed up. At first, it was in a not too photographable position as shown in the first image below, but it did fly off and then fly back again stopping in a more useful position. 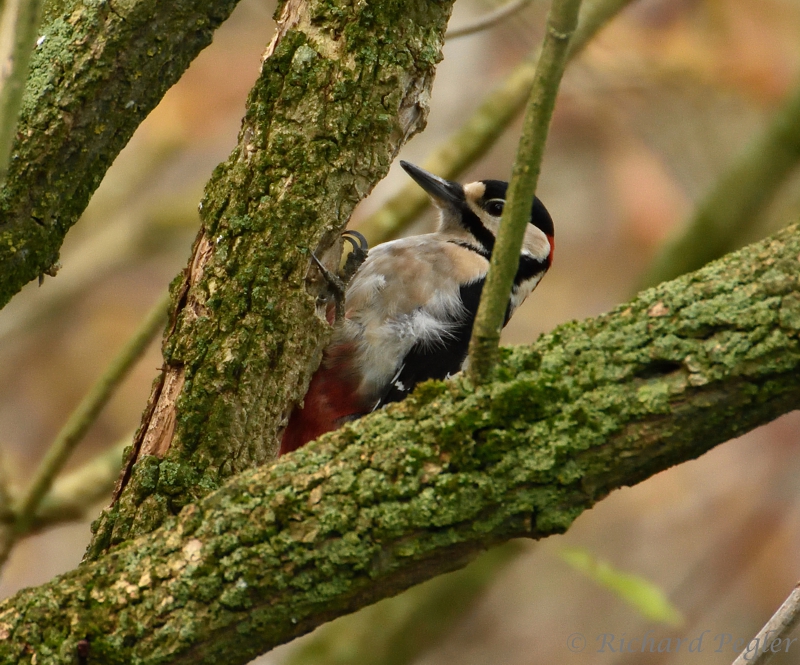 The woodpecker departed, and I left the hide. Outside, in the distance, were a number of  Fallow Deer. Typically, this species is a gingery-brown and attractively spotted on the back, but it is not uncommon for colour variations to occur, ranging from quite dark brown and unspotted to almost white ones. Some examples are shown in the next group of images - sadly, all taken at a distance, with two of them partly behind a rise in the ground. 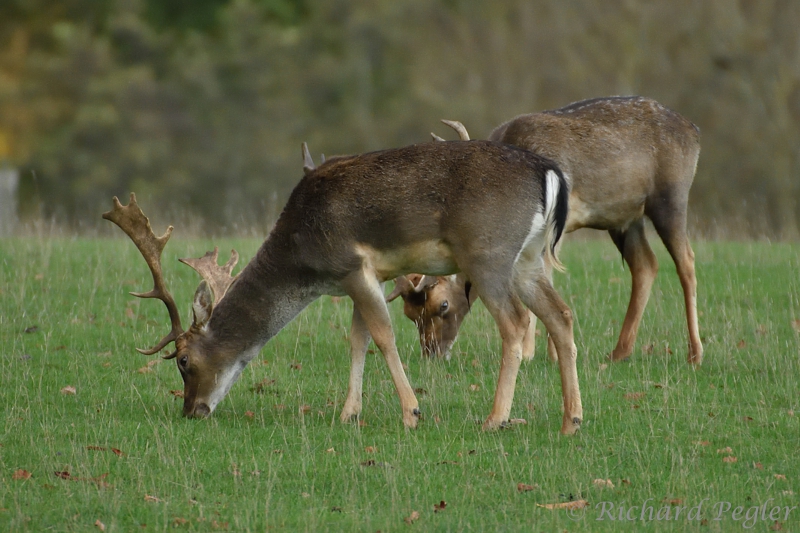 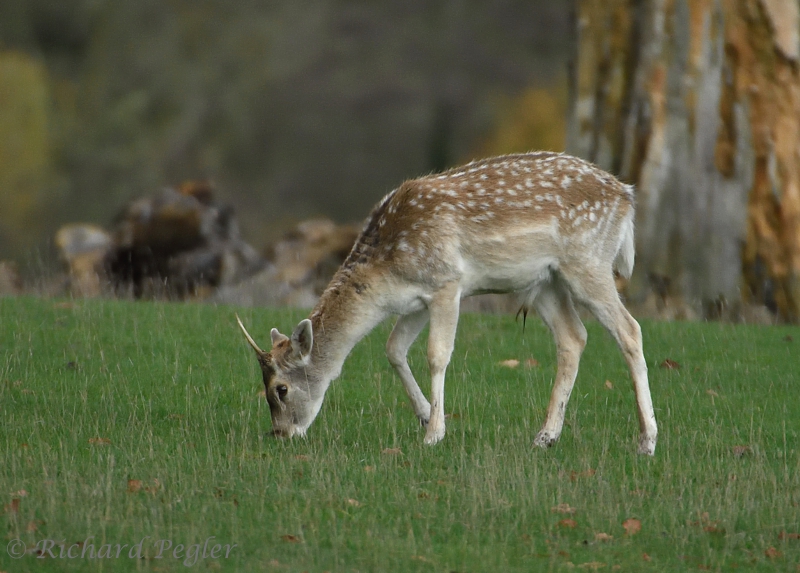 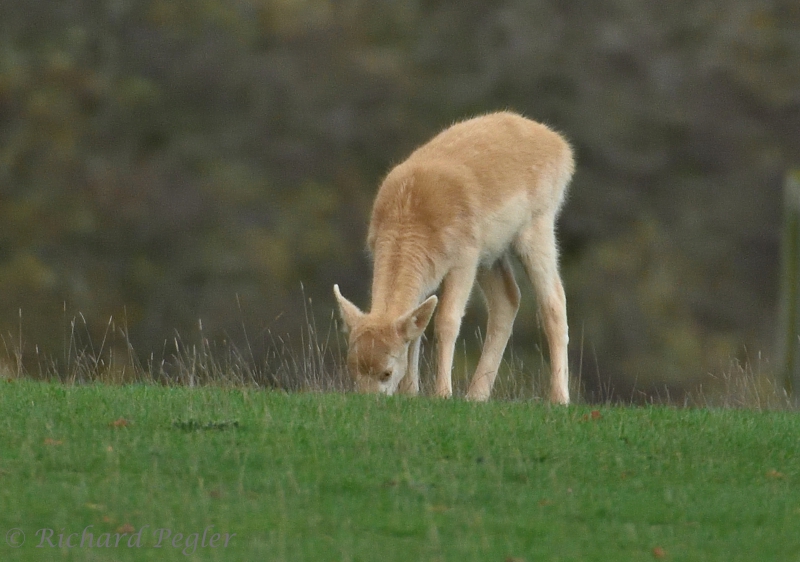 Thus ended a rather splendid time out with my camera.
I'm hoping that I'll be able to offer another blog post in about a week's time which will probably feature other visits and garden observations. In the meantime, please take good care of yourselves and Nature.
Thank you for dropping by  - - - Richard
Posted by Richard Pegler at 16:21