My resolution to get out more didn't materialise as hoped for, with only one excursion in this period and, when I did get out, it was a rather unproductive visit. The period was not without its excitement, however. Nevertheless, this will be an unusually short blog post from me.

Nothing much had been seen and recorded for this period up until this day. Determined to get out, I set off for Saltersford Vally NR. With autumn now firmly established, I arrived to find much of the car park covered in fallen leaves. What I didn't realise until it was too late was that the leaves hid the boundary between the edge of the car park and mud that was extremely soft after an extended period of heavy rain. I spent some time trying to extricate the car before phoning for Lindsay to come out with a tow-rope and carpet scraps from the garage.

There was just one other vehicle in the car park at this time and, before Lindsay arrived, the owner of this car, a lady with her dog, came onto the scene. I told her of my predicament and, between us, we managed to get the car out. A quick call to Lindsay got her stood-down before she set off. I then moved to a different area of the car park!

Undaunted by this experience, I started out round the reserve. I was disappointed to find the boardwalk closed, so set off on the western side of the water. From the first stockaded platform I photographed a Coot, but won't bother you with the results. From the second platform, two Moorhen were visible on the far side of the lake. Here's one of them:-

Heading round to the second lake, the only bird visible was a very distant gull at the far end of the lake, nearly 200 metres away and unidentifiable through my binoculars.

There is a wooded area in the reserve where, in the winter months, feeders are put out for the birds. I stopped near here for a while, noting that the feeders were full - but nothing was visiting them!

On my way back, I stopped at the second platform once more and observed a Coot that was diving on the far side of the lake. I am not sure what it was doing, but think it was probably uprooting rushes of some sort to get at the tuber-like base. 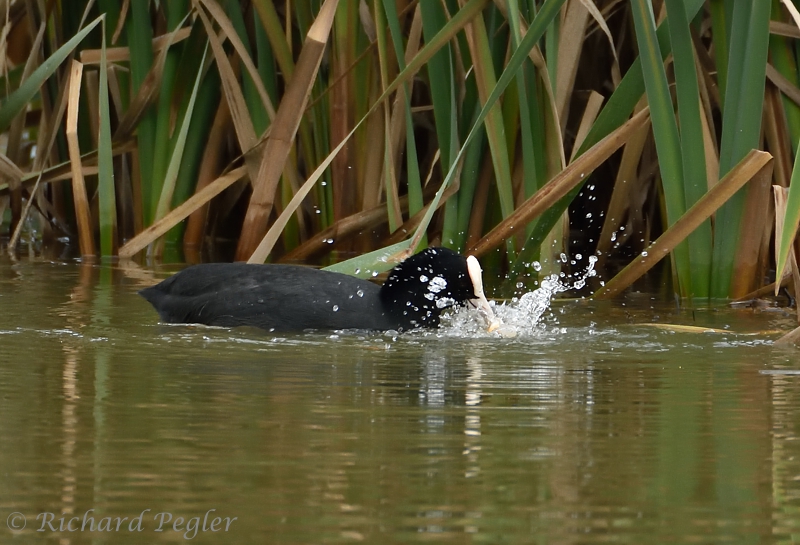 Wanting to get home to hose the mud off the car before it dried hard, I made an early departure.

It had not been a very satisfactory excursion, but at least I had been out.

The weather had been none too pleasant for the past few days, but this one was a particularly wet day. It did, however, have a plus side, in that it brought a Grey Wagtail to our garden. We get a short visit by this species most years, but it is always a cause for excitement when it happens. Grey Wagtail is not a rare bird, but is Amber Listed and it would be reasonable to class it as 'uncommon'. It stayed for a good length of time, allowing for photography, but the light was grim and I was having to shoot at very high ISO and slow shutter speeds. 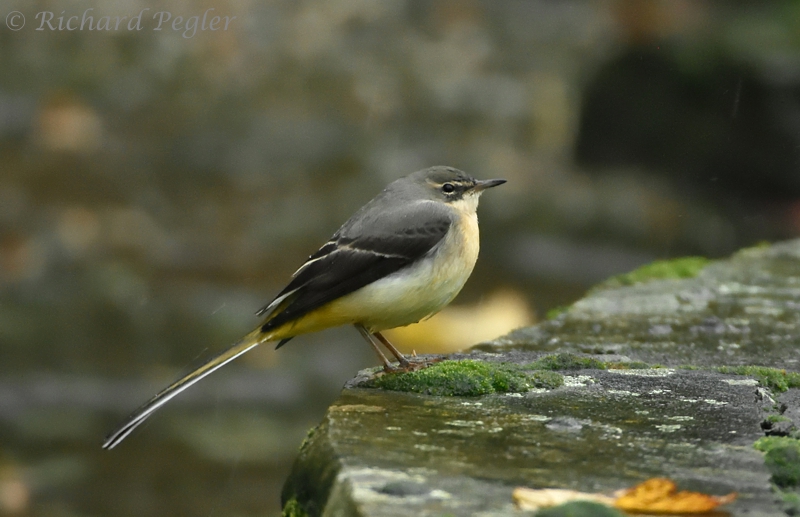 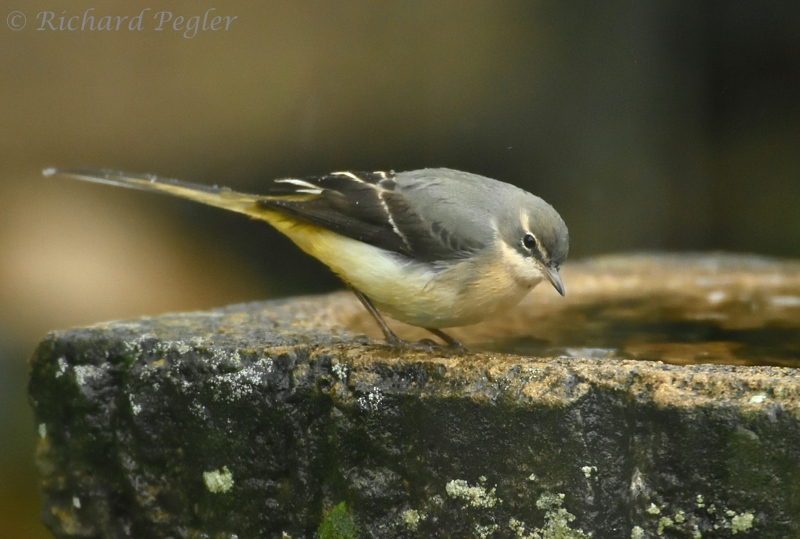 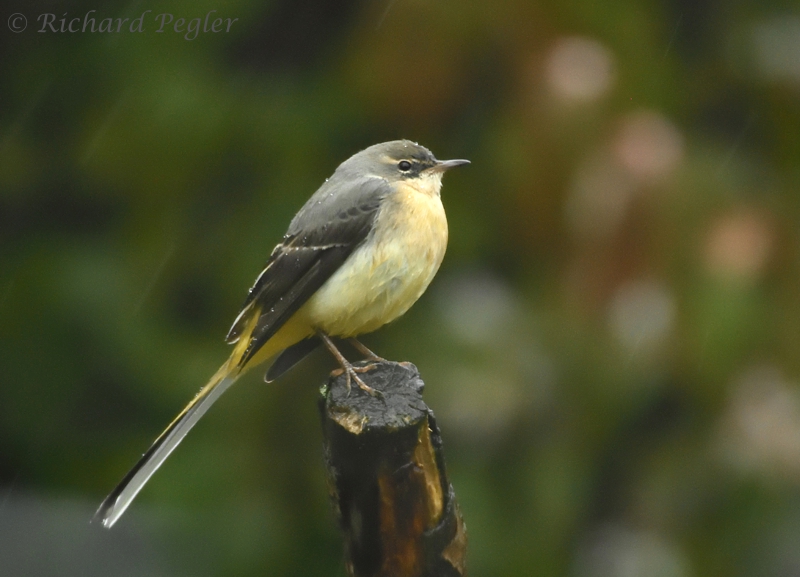 To our delight, the Grey Wagtail was back, in slightly better weather and light - in fact, it has been with us daily since then as I write this on 21st November.

That's all for this time round. I expect my next post to be in about a week's time, and will probably feature a rather productive visit I made a few days ago.

In the meantime, please take good care of yourselves and Nature. Thank you for dropping by - - - Richard